One genre at a time.

Stranger Things was Netflix's first experiment with making video games. Developed by Texas studio BonusXP, the Stranger Things mobile game came out in October 2017, and it was a basic, accessible experience for anyone even vaguely familiar with the franchise, regardless of their gaming prowess. Stranger Things garnered 3 million downloads in its first week, and it set the stage for Netflix to get excited about -- and throw money at -- video games. Since then, the studio has released a sequel, Stranger Things 3: The Game, which is essentially an expanded, isometric take on the same formula, but built for consoles instead of smartphones.

Netflix has even bigger plans for the future, though its ambition remains largely tied to the Stranger Things franchise. It hired Telltale Games to make a more complex narrative adventure set in the Duffer brothers' universe, but that project fell through when the studio shut down in 2018. There's still a location-based, augmented-reality Stranger Things game in development by The Walking Dead: Our World studio Next Games, due out for mobile devices in 2020.

And then there's The Dark Crystal. Netflix is preparing to release its own series based on the 1982 Jim Henson film on August 30th, with a story set years before the events of the movie. Simultaneously, Netflix is extending its video game tendrils to a new franchise with The Dark Crystal: Age of Resistance Tactics.

As a turn-based role-playing game, The Dark Crystal Tactics is more complex than the Stranger Things experiences, more steeped in video game nichery. Essentially, it's the next logical step for Netflix.

"Stranger Things 3: The Game was a really, really close companion to the show, storywise," said En Masse Entertainment product manager David Whitfield. En Masse distributed the PC and Mac versions of Stranger Things 3, and it's publishing The Dark Crystal Tactics. "It was a little bit more pick-up-and-play, friendly for anyone who isn't super into games. In terms of Tactics, I think it's one more step toward a more traditional, more hardcore genre game. So someone that's a big fan of Final Fantasy Tactics, Fire Emblem, it will really appease that audience."

Dark Crystal Tactics will have more than 70 missions set in the wild and magical land of Thra. The game will feature 20 to 25 character classes and five worlds to explore, and it's due to hit Nintendo Switch, PlayStation 4, Xbox One, PC and Mac later this year. Everything about the game is closely aligned with the story and tone of the Netflix show, which follows a crew of Gelflings in their battle against the Skeksis. 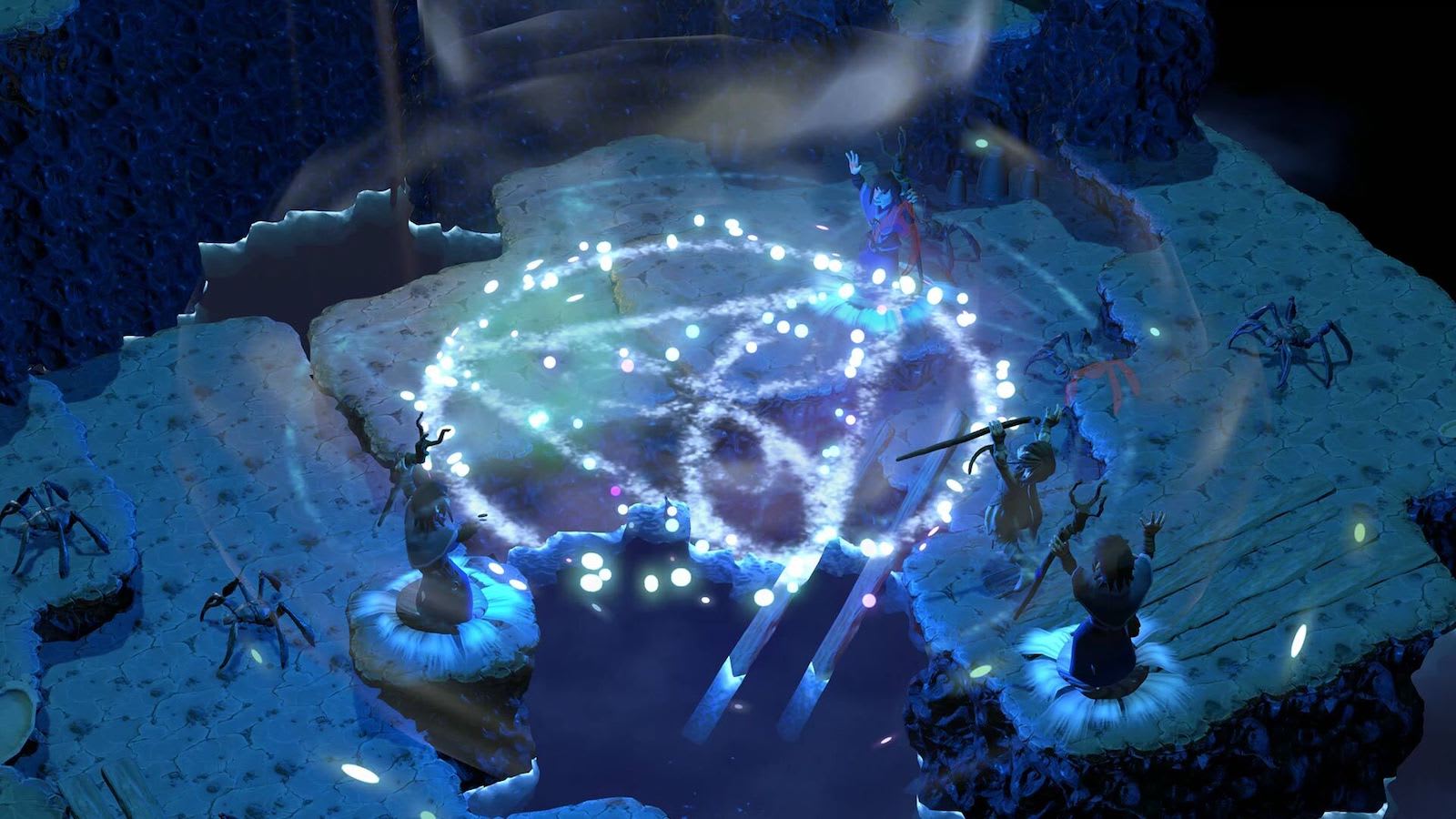 "I think they've been an excellent partner," En Masse director of live services Stefan Ramirez said. "There's definitely a working relationship we have to keep in mind. Like the IP holder for the Dark Crystal: Age of Resistance, and then there's also the Jim Henson Company, and then BonusXP. Luckily, we all work together really well, but there are some approvals and things like that, that we have to make sure we're synced on."

Netflix closely monitors the development of its games. Chris Lee is director of interactive games for Netflix, and at E3 2019 in June, he talked about the studio's approach to Dark Crystal Tactics and Stranger Things 3: The Game.

"We're there to help reinforce the authenticity."
- Chris Lee, Netflix

"We sit down with the game development studio and we partner with people we think are really talented and who can do amazing work, so our goal isn't to then box them to say, the game's gotta look like this," Lee said. "It's to say, we're working with you because of what you can do. Looking at this source material, how do we bring this to life in the right way? You gotta get them right. There's never a moment where you step back and let it go, being there to help reinforce the authenticity."

BonusXP president Dave Pottinger was there as well, and at the time, he called Stranger Things 3: The Game "the most secret project that has ever been conceived on the planet." 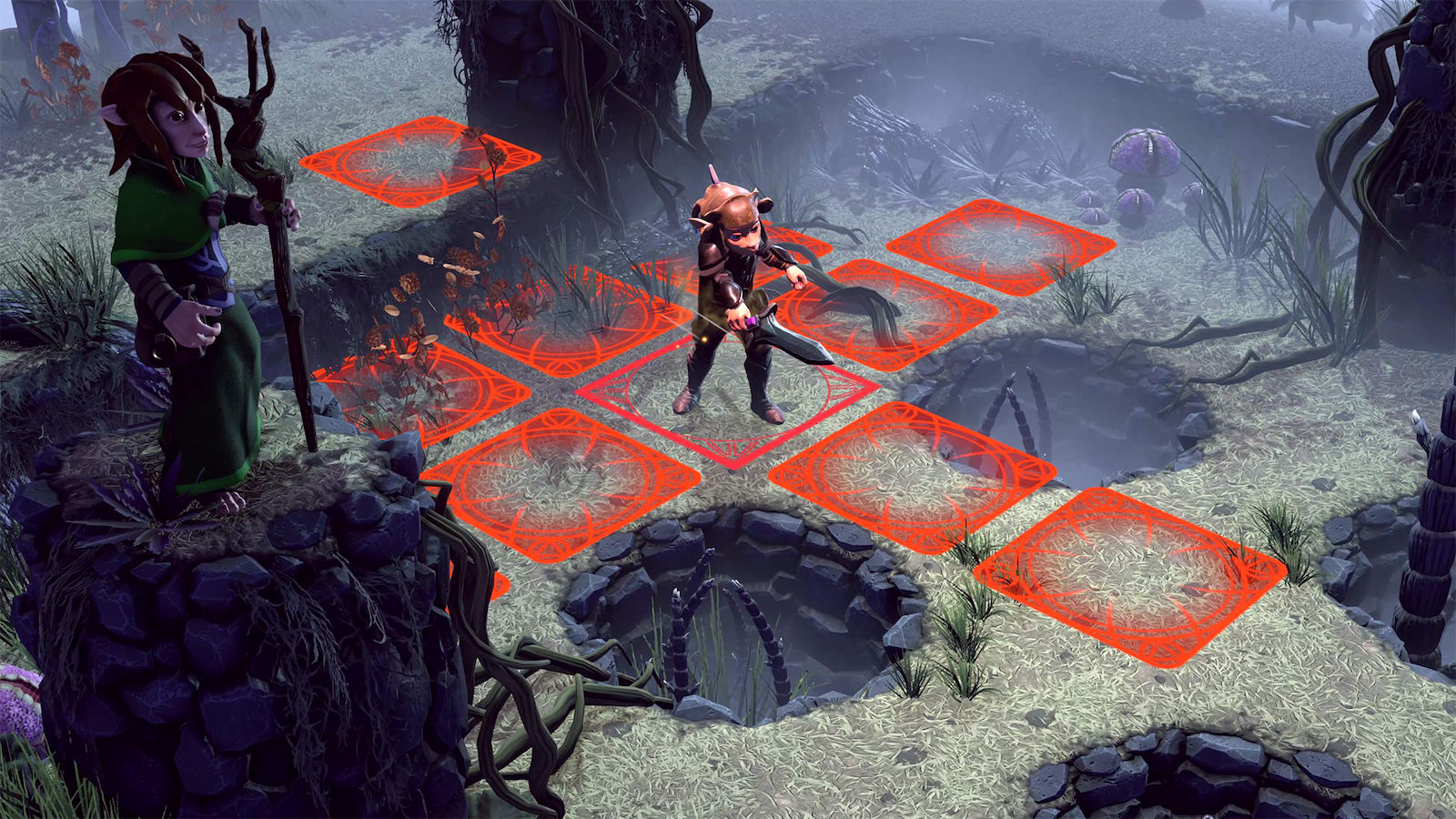 "We have paper covering our office windows, nobody's allowed into our office, it's like five NDAs to have a contractor work on the project," he said. "And that level of secrecy, we weren't really used to. We're used to getting the game to beta and having anybody that we can come and play it, and of course that's not possible on this project."

It's all worthwhile, if only for the opportunity to contribute to beloved franchises, Pottinger said. When working with a company as large as Netflix, developers expect some red tape.

Dark Crystal Tactics is a far cry from the open-world adventure game it could've been, given the source material. However, it's a bigger and denser game than Netflix has commissioned in the past, and it's a clear sign that the company isn't slowing down when it comes to interactive spin-offs.

"It still is similar to the Stranger Things games in that if you're a fan of Dark Crystal, you just love the show and you just want to get more Dark Crystal, it'll serve that purpose," En Masse product manager Whitfield said. "But I think this is probably the next step toward really aiming for a specific genre."

Update 8/26 5:50pm ET: The article has been updated to accurately reflect Lee's appearance at E3 2019, and attribute the final quote to Whitfield, rather than Lee.