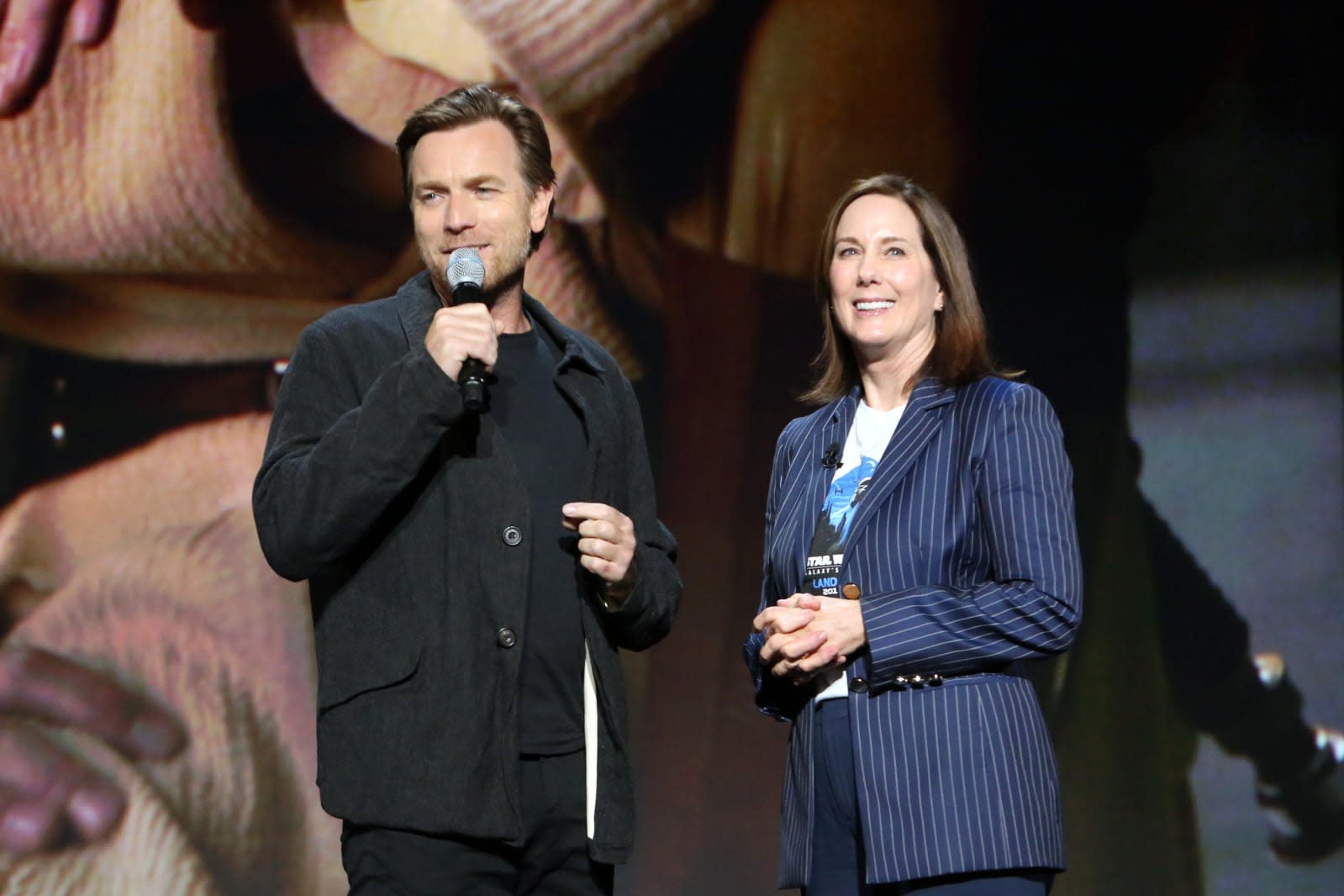 For Star Wars fans the Disney+ news revealed tonight included a peek at The Mandalorian, a release window for the next season of the Clone Wars, and the surprise return of a familiar face: Ewan McGregor. The actor will reprise his role of Obi-Wan Kenobi from the prequel trilogy in a new show streaming on Disney+.

We don't know the name or when it will be ready for viewing, but the idea of revisiting that part of Star Wars history is going over pretty well already. Apparently the show will take place eight years after the end of Revenge of the Sith, where Obi-wan delivered Luke Skywalker to Tatooine. According to Lucasfilm president Kathleen Kennedy, filming will start next year.

Hello there! Just announced at #D23Expo: Ewan McGregor will reprise his role as Obi-Wan Kenobi in a new original series, coming to #DisneyPlus. pic.twitter.com/Bk67rslEYU

In this article: d23, d23 expo, D23expo2019, Disney, Disney Plus, Disney+, entertainment, Ewan McGregor, Obi-wan Kenobi, Revenge of the Sith, services, Star Wars
All products recommended by Engadget are selected by our editorial team, independent of our parent company. Some of our stories include affiliate links. If you buy something through one of these links, we may earn an affiliate commission.