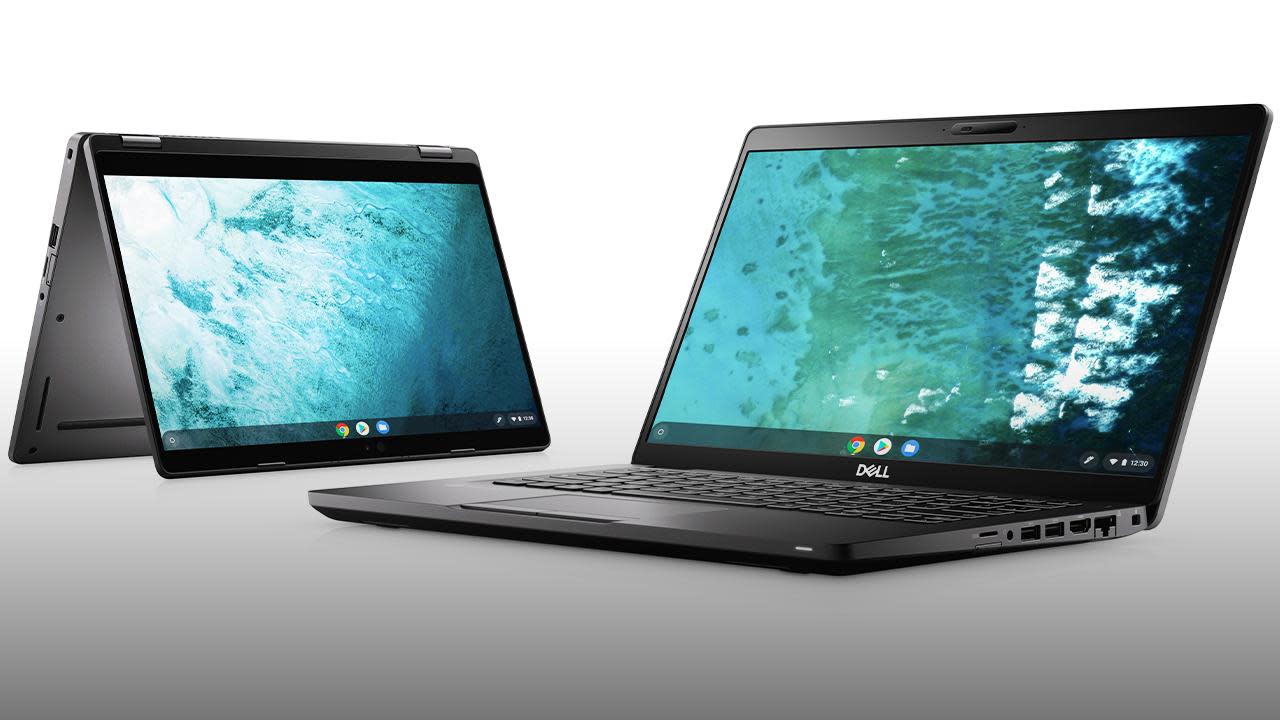 The next time you get a laptop from your company's IT department, you might be getting a Chromebook. Not that you couldn't already get a Chromebook from your office, but these offer extra security and organizational features that might leave IT professionals more reassured. The Dell Latitude 5400 Chromebook Enterprise and Dell Latitude 5300 2-in-1 Chromebook Enterprise were born from a partnership between Dell and Google, though the latter also has some updates around Chrome OS enterprise to share today. Unwieldy names aside, these new machines are based on existing models of Dell's Latitude laptops, except they run Chrome OS. So don't be surprised if you find them familiar.

Aside from the Chrome logo on the keyboard and the OS they're running, the two new laptops look nearly identical to their existing Latitude stablemates. They share a similar bland, black design that you'd expect from a company-issued machine -- like the BlackBerries of laptops. Like most work laptops, these Chromebooks have comfortable keyboards, though using a Chrome-optimized layout so you'll find a Language button in place of a Windows Start key. The 5300 2-in-1 and 5400 clamshell sport 13-inch and 14-inch screens respectively, both running at Full HD.

In this article: chrome enterprise, chrome os, chromebook, dell, enterprise, gadgetry, gadgets, gear, google, laptop, laptops, personal computing, personalcomputing
All products recommended by Engadget are selected by our editorial team, independent of our parent company. Some of our stories include affiliate links. If you buy something through one of these links, we may earn an affiliate commission.