How to pick the best laptop

The most important things to consider.

So you want to buy a new laptop. You know what you want, but maybe you don't know where to start or what features you should be looking for this year. After all, you don't want to get a new machine now only to find out the next day that it's already outdated. You can read all the reviews on the internet, but what you need is a good breakdown of what to expect from modern laptops. Plus, you should also know what's reasonable for your budget.

Some features these days are basics you can find at any price -- like a USB-C port or a touchscreen. But others come at a premium, and you'll have to expand your budget if you must have them. These are things like an HDR display, a fingerprint scanner or an up-to-date processor. Sure, these features are becoming more common, but they often cost more and you don't need them all. This buying decision involves a lot of minutiae, which can be frustrating. But don't worry, we'll help you identify what you can get for your money and what you can live without.

The first thing you should consider is size, as this will determine the sacrifices you'll have to make. For those who envision themselves carrying their laptops around all day, an ultraportable is the way to go. Many laptops qualify as ultraportables these days, offering long-lasting batteries in lightweight bodies without skimping on performance. They do often settle for cramped, shallow keyboards, though, which is something most of us put up with. 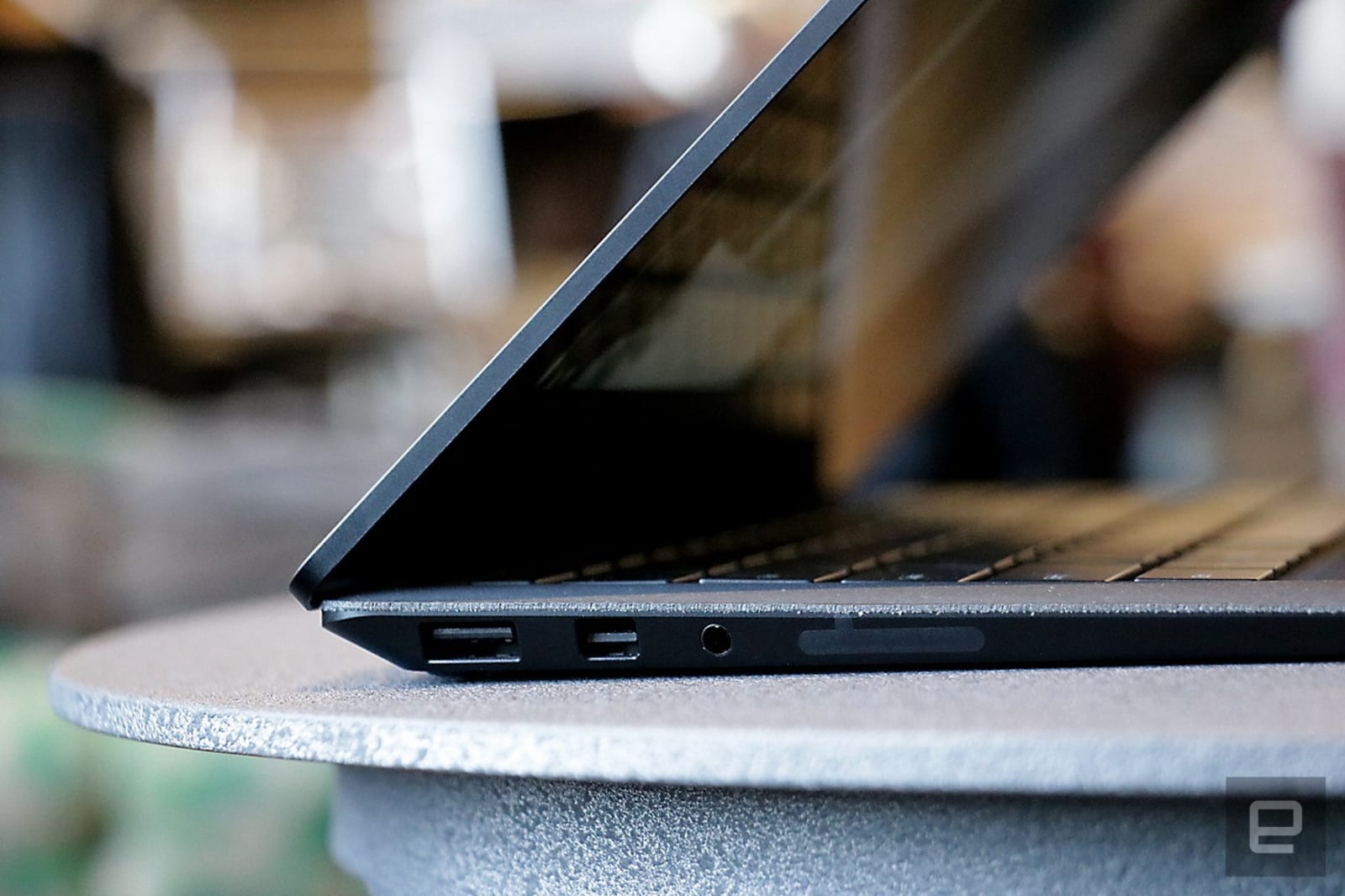 A 14-inch screen is as big as you can go without the device starting to get unwieldy for constant on-the-go use. At that size, you'll typically get a decent offering of ports like USB-A, USB-C, DisplayPort and an SD card slot. Go down to 13- or 12-inch configurations and you'll likely find options dropping to two USB-C sockets and, if you're lucky, a full-size USB-A connection.

If you don't mind a keyboard with less travel or carrying around a dongle to expand your connectivity options, 12-inch notebooks will suit you well. For most folks, though, 14 inches represents the sweet spot, with enough room for a well-spaced keyboard.

If you don't see yourself needing to bring the laptop around with you, feel free to go up to 15-inch models. You'll get more-powerful performance and a heck of a lot more ports but probably won't want to pack such a big device into your carry-on. Otherwise, I'd avoid going larger than 14 inches.

Decide on the display

If you're doing a lot of gaming or graphic design on your laptop, a high-quality screen is essential. You should look for panels with HDR support and at least a full HD resolution. For those who work on massive artworks, going up to 4K is worth the investment, though the resulting battery-life trade-off makes it less worthwhile for almost anyone else. You should also consider a bigger screen: A 12-inch panel is going to leave you in zoomed-in hell. 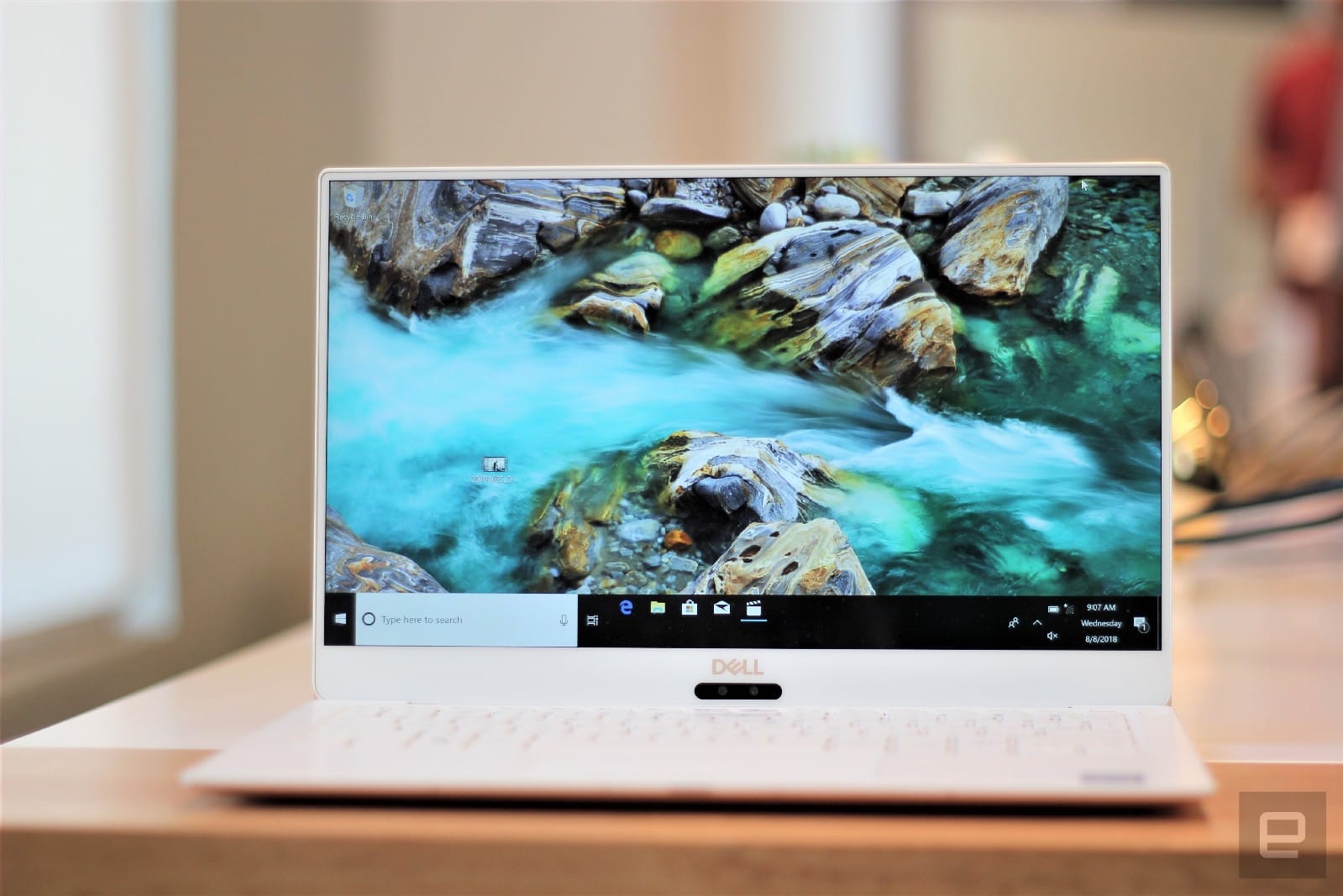 For those who don't require a screen that shows a wide, dynamic range, HDR might not yet be worth the extra money. More and more laptops are launching with HDR support, with many companies promising to optimize video content so you can actually see a difference. But if you don't often find yourself editing photos, an HDR panel is a luxury, not a necessity. Upcoming computers will use low-power LCDs for longer-lasting batteries or sharper panels, so you might want to hold out for a more meaningful update. Meanwhile, a bright, full HD display will be fine for most people.

Even though they're commonplace, you should also consider whether you need a touchscreen -- there are still quite a few clamshell laptops without them. It's useful if you're an artist who wants to put digital pen to virtual paper and draw out your designs or if you plan on using your laptop in tablet or tent mode for Netflixing or following a recipe. People who plan on using their notebooks predominantly to work on spreadsheets or lengthy essays most likely don't need a touchscreen. You could get better battery life by opting for a non-touch model. 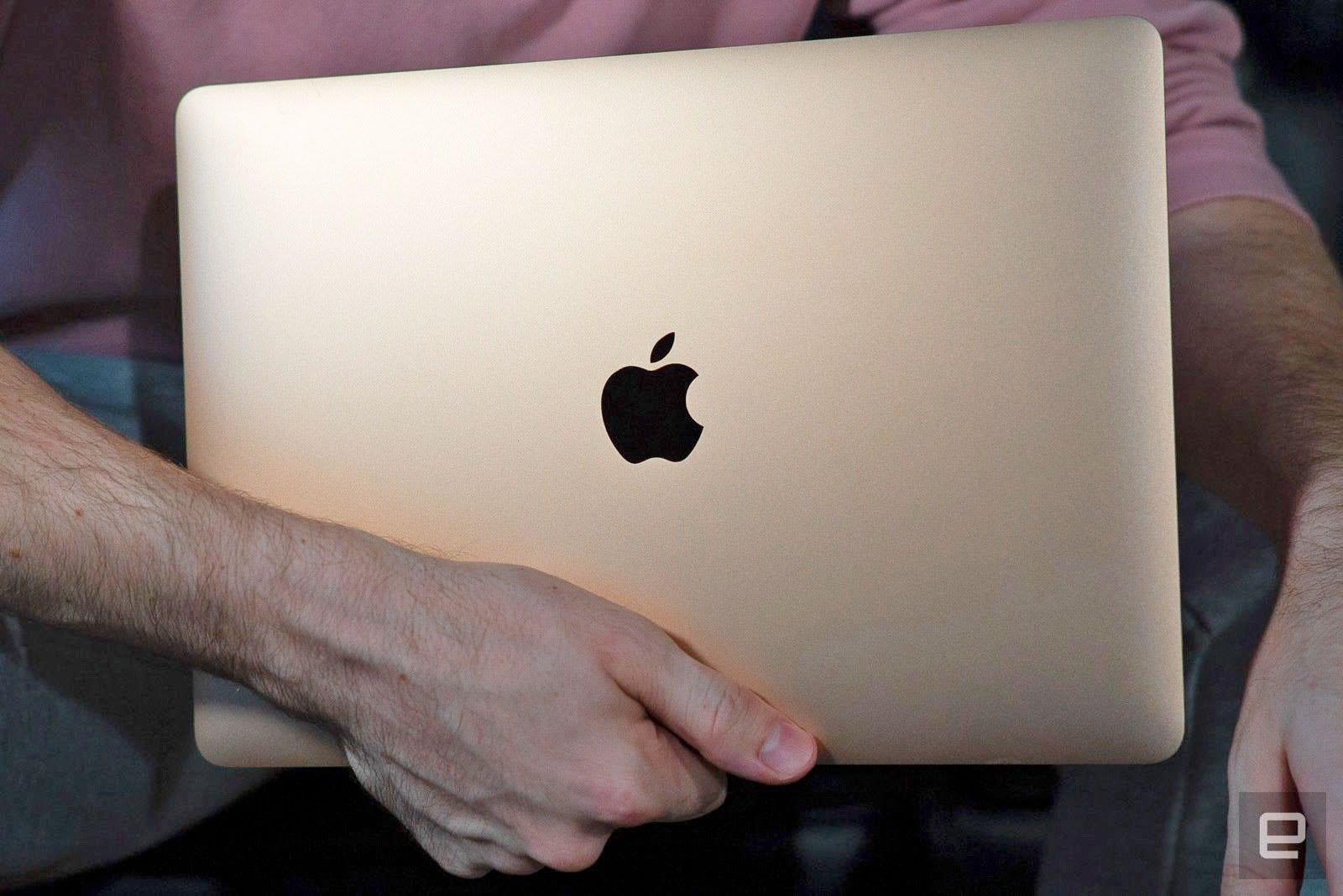 Most of you already know what operating system you want, so this shouldn't be a difficult decision. But with Chrome OS gaining support for Android apps last year and Linux apps this year, more people might be considering Google's OS. If you're not planning on using your new laptop for heavy-duty video editing or gaming, a Chromebook could serve you well. They're usually much cheaper than the competition, too, although those who want higher-end Chrome OS laptops will find more of them cropping up by year's end. Basically, if most of your work can be done through a web browser, a Chromebook might be good enough for you. If you're going to need all kinds of apps for your workflow, though, stick to macOS or Windows, though you'll find more affordable options with Microsoft. Apple's laptops start at $999 while you can get a decent PC for as little as $500.

Now that we've covered the deciding criteria, here are some features you should make sure your laptop has or risk hating it for the next few years. The most important is a USB-C power charging port. In about two years, the tech world will most likely have fully converted to USB-C. We're already seeing the beginnings of this in the phone and laptop categories. You don't want to be stuck lugging around an extra proprietary cable when every other one of your gadgets uses the same USB-C charger.

We're also at a point where eight-hour battery life is the bare minimum for most laptops, and you shouldn't settle for anything less. Meanwhile, 8GB is as low as you should go for RAM. You can get models with 4GB, but that will come at the expense of performance, so be sure you don't need a speedy multitasking laptop if you go that route. 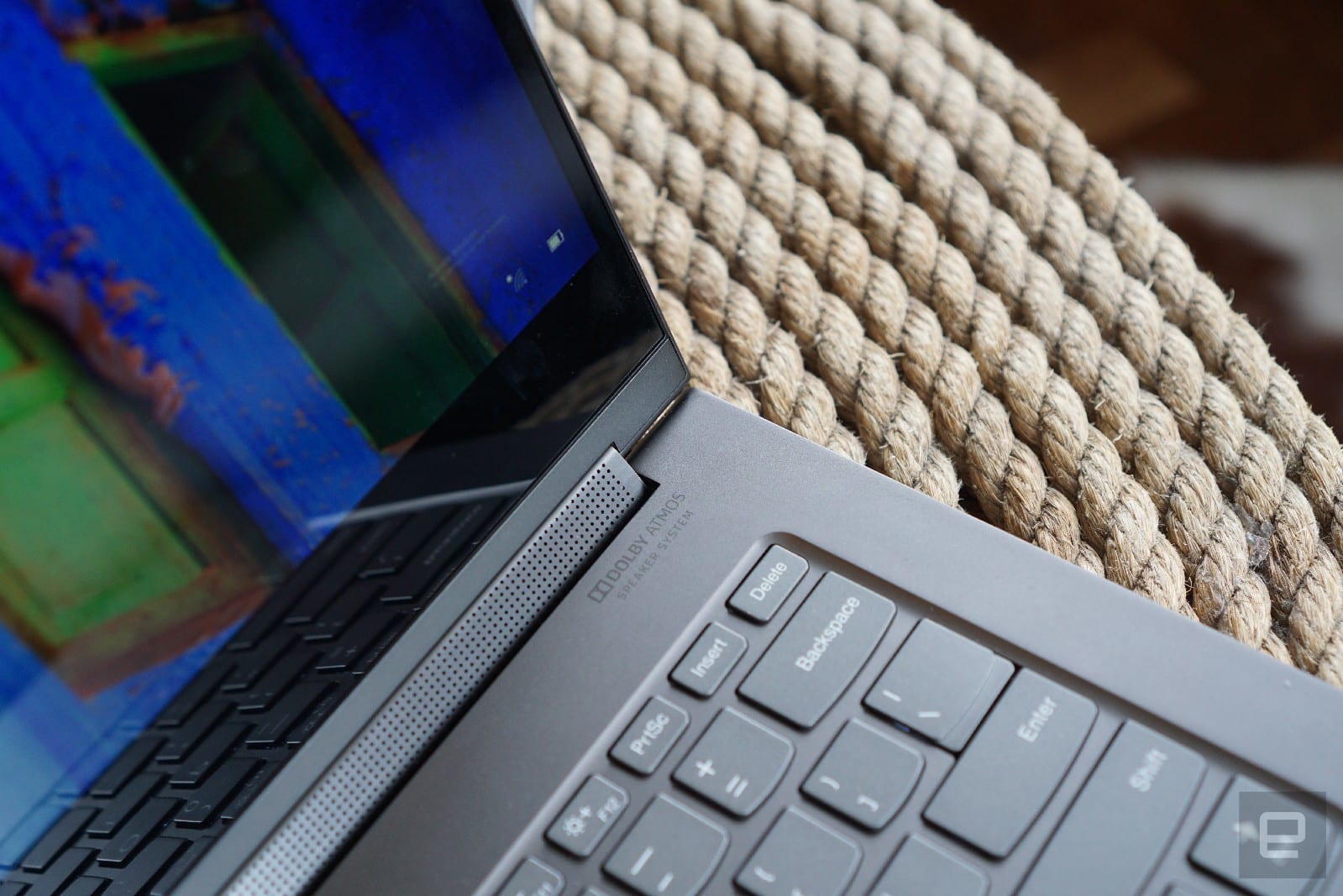 Audio tends to be an afterthought for people looking at laptops, since you'll most likely be connecting headphones to listen to your movies or music. But if you're getting a desktop replacement or want to use your notebook's speakers often, make sure to look for machines with speakers on the keyboard or, in the case of Lenovo's Yoga C930, built into the hinge. This will ensure your sound isn't muffled when the device sits on a table or on your lap.

Some companies like Dell and Huawei have compromised on webcam placement in an effort to keep the bezels slim, resulting in some awkwardly positioned cameras. This isn't a big deal unless you plan to do a lot of video conferencing from your laptop. If so, you should pay attention to camera placement.

The latest laptops also sometimes come with security-minded features like webcam shutters and even built-in privacy screens. These are nice to have if you want to avoid even the most remote possibility of someone hijacking your camera to spy on you or if you often work on sensitive information in public. Bear in mind, though, that these will likely cost you an extra $50 to $150.

Many 2018 laptops also come with gigabit LTE modems, either via physical card slots or eSIM. In a few years, you should be able to purchase chunks of LTE data wherever you go so you can get online for as long as you need to upload your updated presentation for your boss' approval. Your laptop can remain constantly online without relying on public WiFi or fumbling with hotspots. Just make sure you look out for PCs that come with a cellular radio or "always connected" branding. This feature isn't a must-have, and the current crop of connected PCs are still limited in options, so you might want to wait till LTE radios are ubiquitous before making it a priority.

Either way, you'll want as much power as you can afford: The processors you can get will depend on your budget. You'll get the best multitasking performance out of the latest (eighth-generation) Intel Core i5 or i7 cards, and springing for a discrete graphics chip like an NVIDIA 10 series card (to start) is a good idea for gamers or creative professionals.