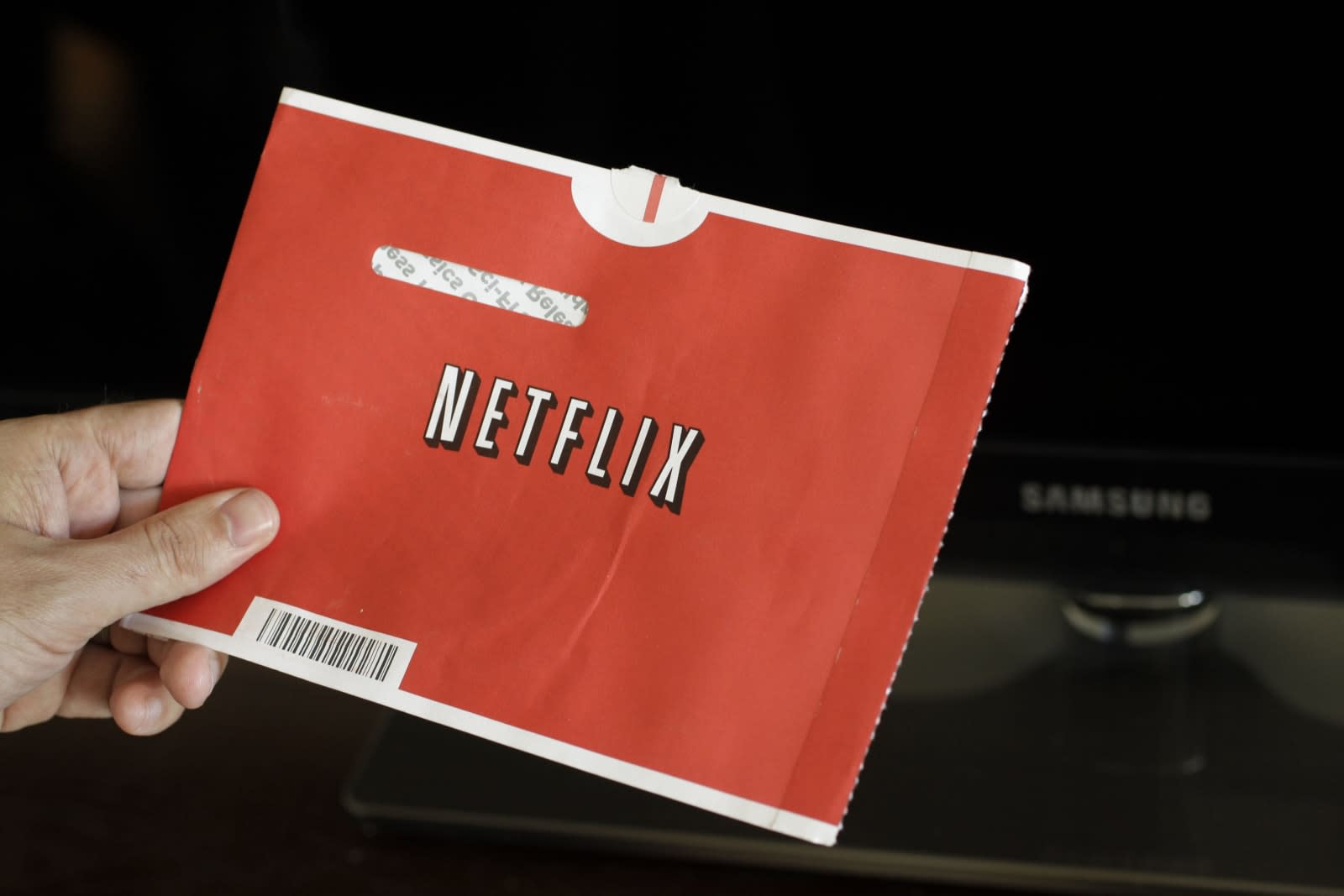 Streaming dominates Netflix's universe, but don't think its disc-based service is dead yet -- in fact, it just marked a big milestone. The other part of Netflix's business just shipped its 5 billionth disc (Rocketman, if you're curious) 21 years after deliveries began. Many of those discs shipped back when streaming was just a nice-to-have bonus at Netflix, but it's still a significant achievement at a time when fewer and fewer people have disc players.

There's no doubt that the physical media side of Netflix is small by this stage. There were 14 million disc subscribers in 2011, but that fell to a mere 2.4 million by the second quarter of this year -- for context, there are 151 million streaming customers. It is, however, still a money maker. Although the $46 million in quarterly profits is a pittance in 2019 (Netflix has spent more on developing individual shows), that's clearly enough to keep it around.

We wouldn't count on another billion. Even if all existing disc subscribers rented a title every month from here on out, it would take nearly 35 years to hit the 6 billion mark. Not that Netflix or its customers are likely to complain. It's at least one more hurrah for the service that got Netflix started, and it serves as a reminder that streaming doesn't quite satisfy everyone.

The most heartfelt thank you to our incredible members that have been with us for the past 21 years of DVD Netflix. Five billion discs delivered is a huge milestone and we owe it all to our amazing members and team members. pic.twitter.com/Eg1bjEMtcx

In this article: blu-ray, dvd, gear, internet, movies, netflix, services, television, tv
All products recommended by Engadget are selected by our editorial team, independent of our parent company. Some of our stories include affiliate links. If you buy something through one of these links, we may earn an affiliate commission.