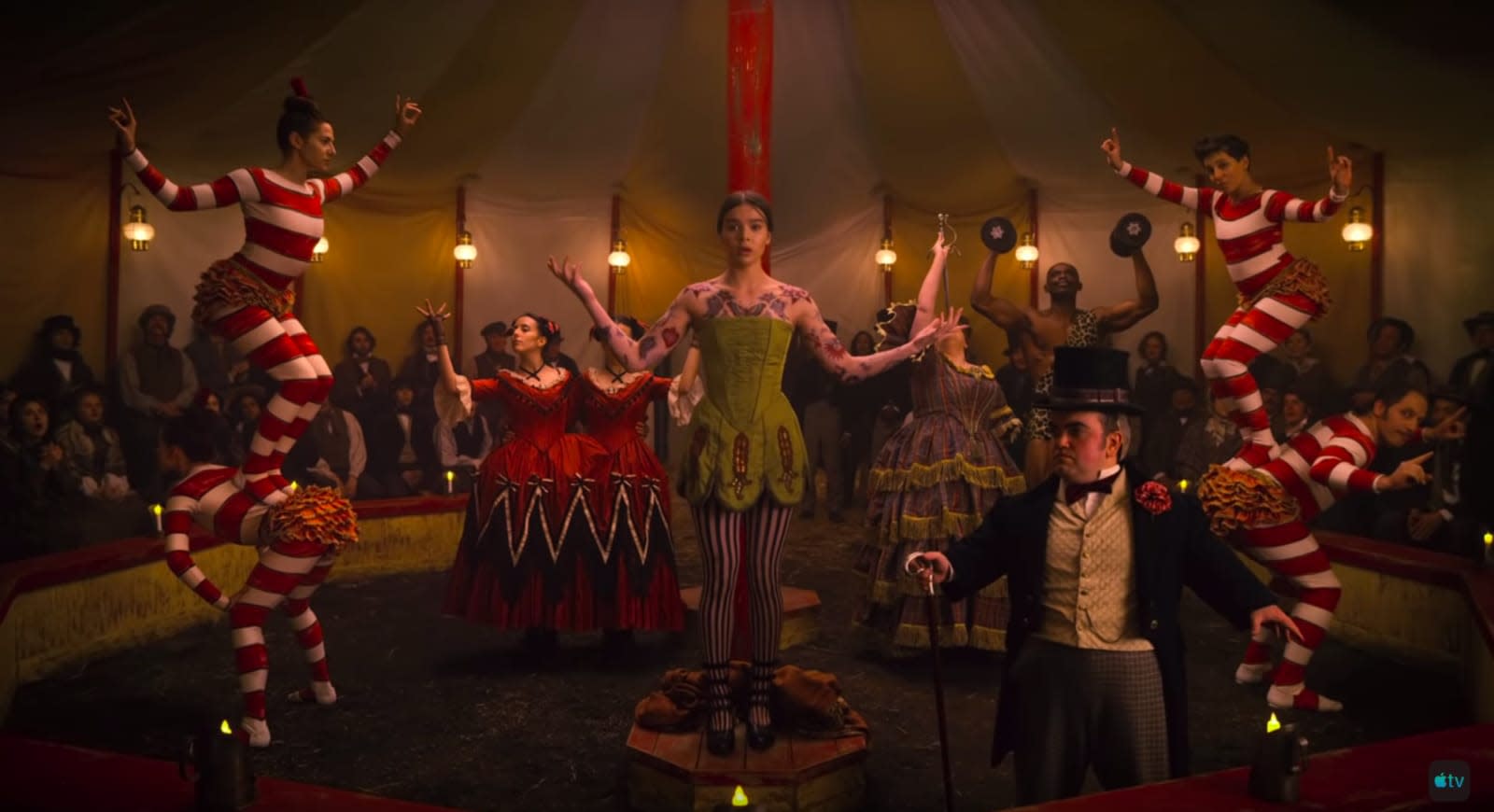 Apple appears to be ramping up for the launch of Apple TV. Just one week after dropping the trailer for its first original series, The Morning Show, the company released the first teaser for its upcoming series Dickinson on Monday. The comedy based on the life of Emily Dickinson will follow her rebellous, coming to age years and will be availble on Apple TV+ sometime later this fall.

Dickinson will star Hailee Steinfeld taking on the role of the world-renowned poet. The show will use Dickinson's story to explore ideas of identity, societial expectations, gender and other issues that will likely resonate with modern audiences. Dickinson's mother will be played by Jane Krakowski of 30 Rock fame. The show also stars Toby Huss, Anna Baryshnikov, Ella Hunt and Adrian Blake Enscoe.

Apple hasn't given an actual release date for Dickinson yet, but Variety reported it be available on Apple TV+ this fall. Apple appears to be ramping up for the intial launch of the premium streaming platform as it continues to release teasers for its original content. Not much is known about the platform yet, though it is expected to cost around $10 per month when it launches later this year.

In this article: apple, apple tv, apple tv+, av, dickinson, emily dickinson, entertainment
All products recommended by Engadget are selected by our editorial team, independent of our parent company. Some of our stories include affiliate links. If you buy something through one of these links, we may earn an affiliate commission.