Alongside transit, the feature will highlight ridesharing and biking options.

If your daily commute involves more than just a subway ride from one station to another, Google Maps is about to become a lot more helpful to you. Starting today, Google is rolling out a new feature to the Maps Android and iOS apps that highlights nearby so-called "last-mile" services in conjunction with nearby transit options.

The feature works with both ridesharing platforms like Lyft and Uber as well as those situations in which you might want to take your bike. To access the feature, type your destination into the app's search field and then tap on the transit tab. At this point, Maps will display a variety of ridesharing and cycling options alongside transit directions. 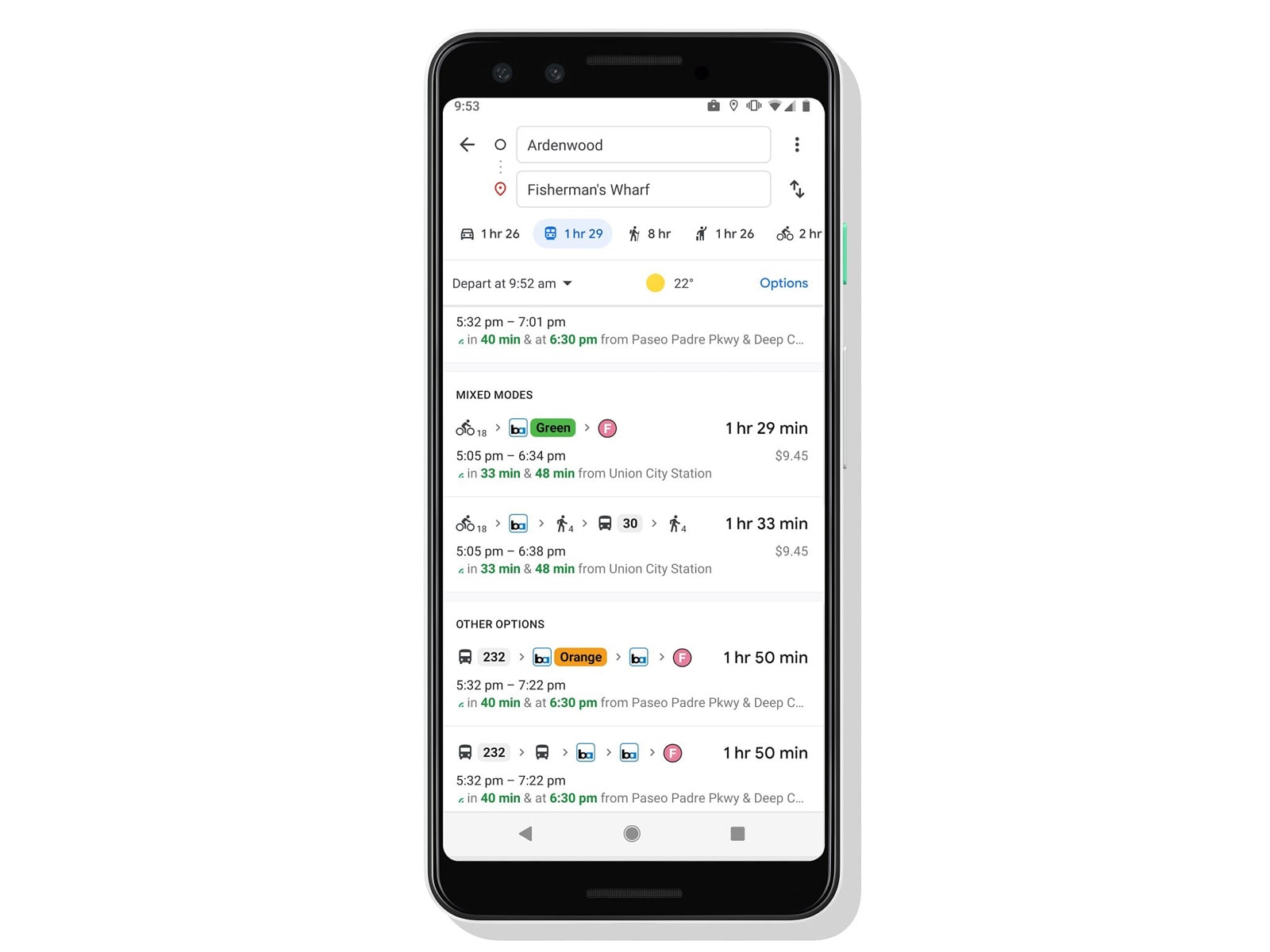 In the case of ridesharing services, Maps will also display a variety of information related to each part of your trip, including how much each leg will cost, if there's traffic on the way and how long you'll have to wait for a car, bus or train. You can also customize this part of the feature to highlight your favorite service, as well as to prioritize the different options Lyft and Uber offer such as pool and economy. In much the same way, the biking part of the feature will highlight bike paths. It'll also estimate how long it'll take you to bike to your destination.

Google says this will start rolling out to 30 countries in the coming weeks.

All products recommended by Engadget are selected by our editorial team, independent of our parent company. Some of our stories include affiliate links. If you buy something through one of these links, we may earn an affiliate commission. All prices are correct at the time of publishing.
Google Maps can help you with the last mile of your daily commute
gear
google
google maps
last mile
lyft
mobile
services
uber