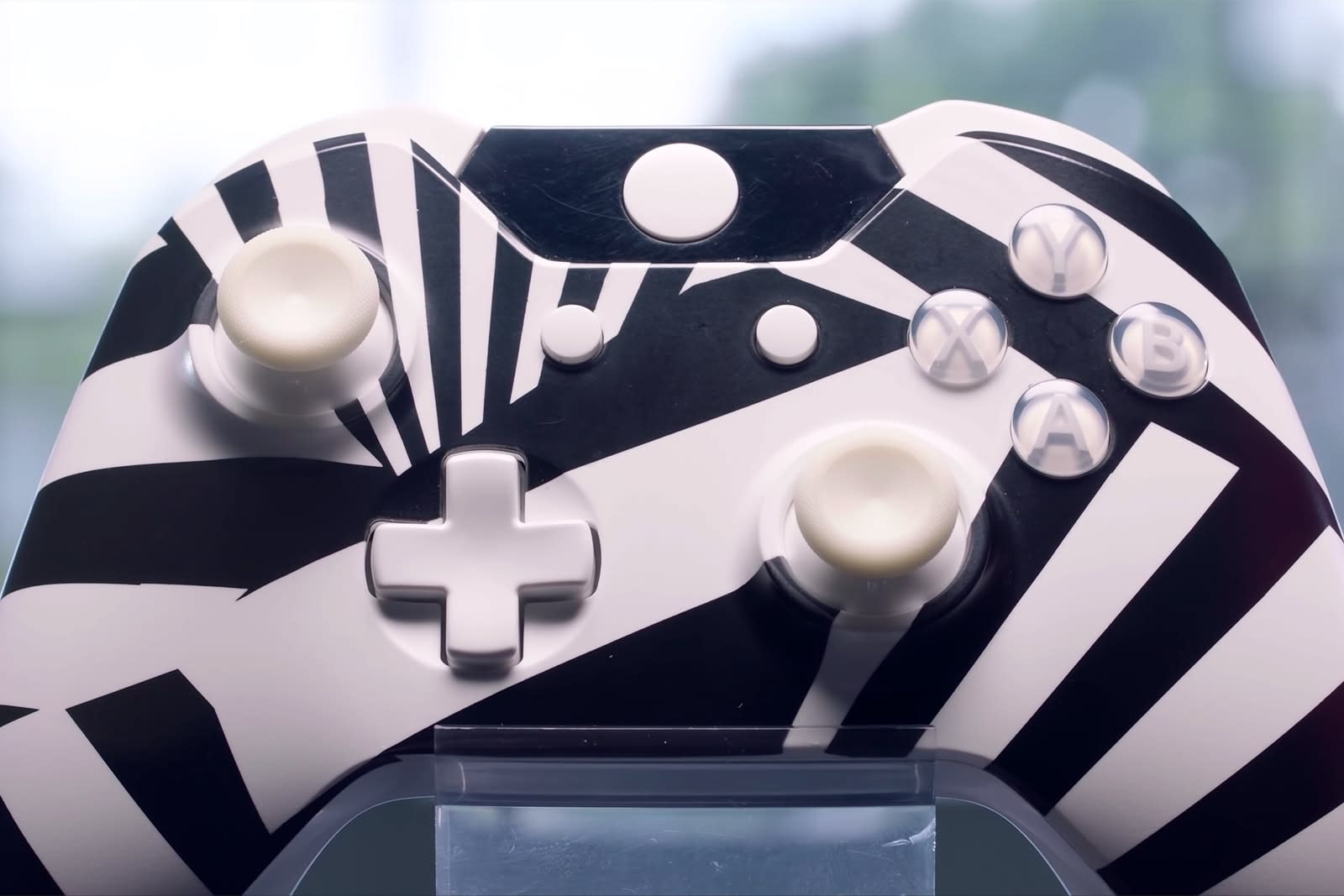 Microsoft is very, very fond of special edition Xbox One controllers, to the point where it encourages you to make your own. But did you ever wonder about the history behind a given controller, or how many models have never seen the light of day? If you did, you might just have your answer after today. Microsoft has produced a video where hardware designers Monique Chatterjee and Carl Ledbetter tell the story of every Xbox One controller ever made, including variants that have never reached everyday players' hands.

The clip walks through 'common' controllers based on themes, whether it's colors, laser-etched patterns or the many game-themed models (did you know the Sea of Thieves pad was inspired by a gem in a shop?). You'll often know why Microsoft chose a certain material or visual element. However, the real highlights are the rarities. You can see the early zebra-striped gamepads Microsoft sent to developers (above), the company-only units and specially commissioned, not-for-sale models like one built for the late, great Xbox Addict.

It's partly a sales pitch for the controllers you can actually buy, but it's also a rare peek inside a world of hardware design that frequently gets short shrift. The timing is also rather apt. The Xbox One is clearly in its twilight season with the Project Scarlett Xbox just a year away -- this is a chance for Microsoft and fans to reminisce about the Xbox's history before the focus shifts to its future.

In this article: av, console, controller, gamepad, games, gaming, gear, microsoft, video, video games, xbox, xbox one
All products recommended by Engadget are selected by our editorial team, independent of our parent company. Some of our stories include affiliate links. If you buy something through one of these links, we may earn an affiliate commission.