The Switch Lite is the cutest console we ever did see

But you give up a lot for more portability.

The Switch Lite is exactly what it sounds like: A smaller, more portable version of Nintendo's latest console darling. It forgoes the ability to well, switch, between docked and portable modes, in exchange for a sleeker experience. Tl;dr: It's a Switch that can actually fit into your pocket, and that alone will be incredibly appealing to plenty of gamers. And, as a nice bonus, it's also freaking adorable.

As much as I love the original Switch, it's a bit compromised as a console. It's underpowered, compared to Microsoft and Sony's hardware, because it relies on NVIDIA's mobile hardware. But its large screen and removable controllers also make it a bit unwieldy in portable mode. The Switch Lite leans more into being a mobile console, which makes it ideal for anyone who plans to play more on the go. 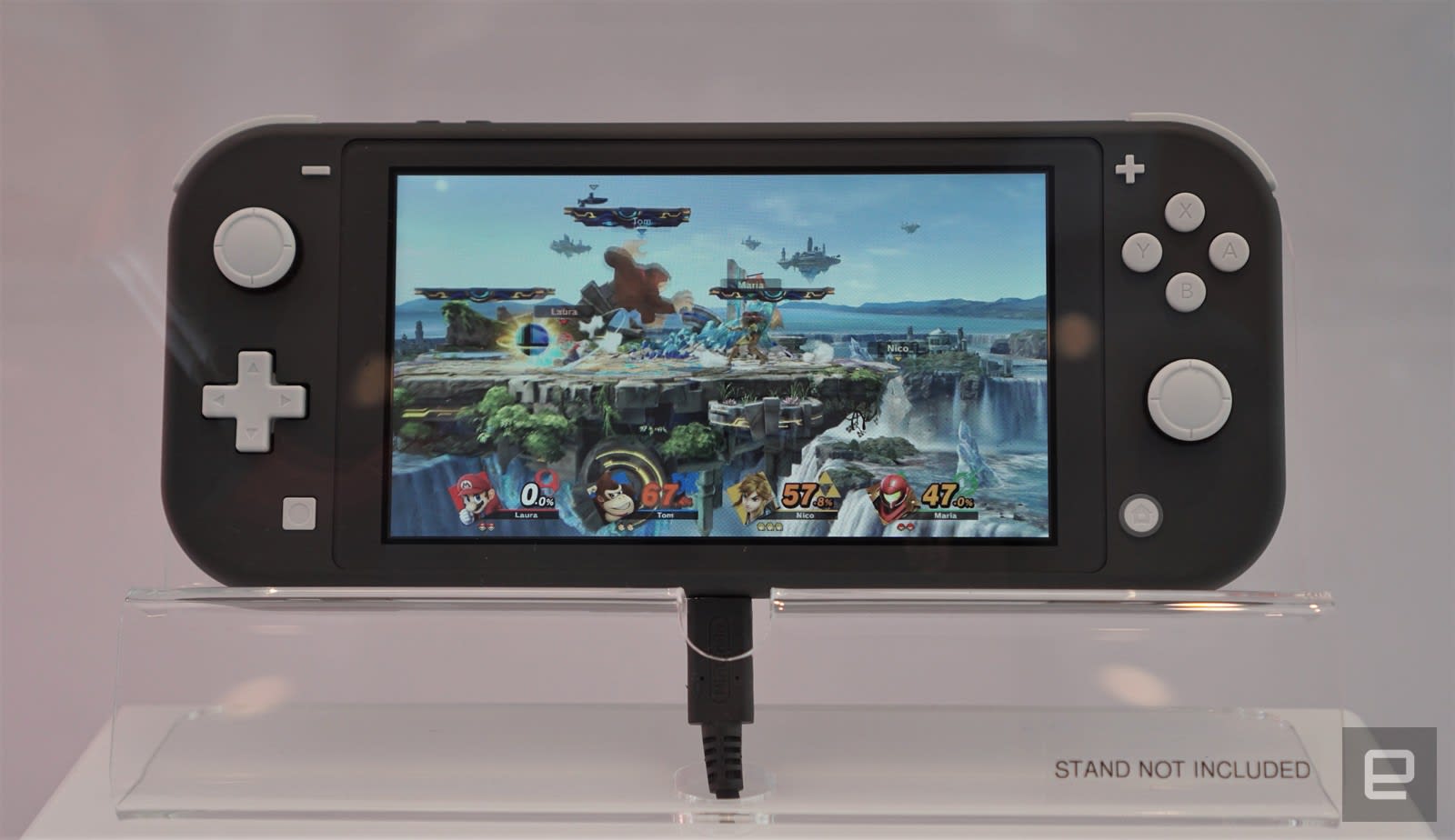 It's hard not to be delighted by the Switch Lite at first. It's significantly lighter than its sibling, and it's permanently attached controllers also make it feel sturdier. It feels more like a cross between the Switch and a souped-up 2DS. It's the rare system that looks and feels adorable (especially in the Pikachu-yellow color). 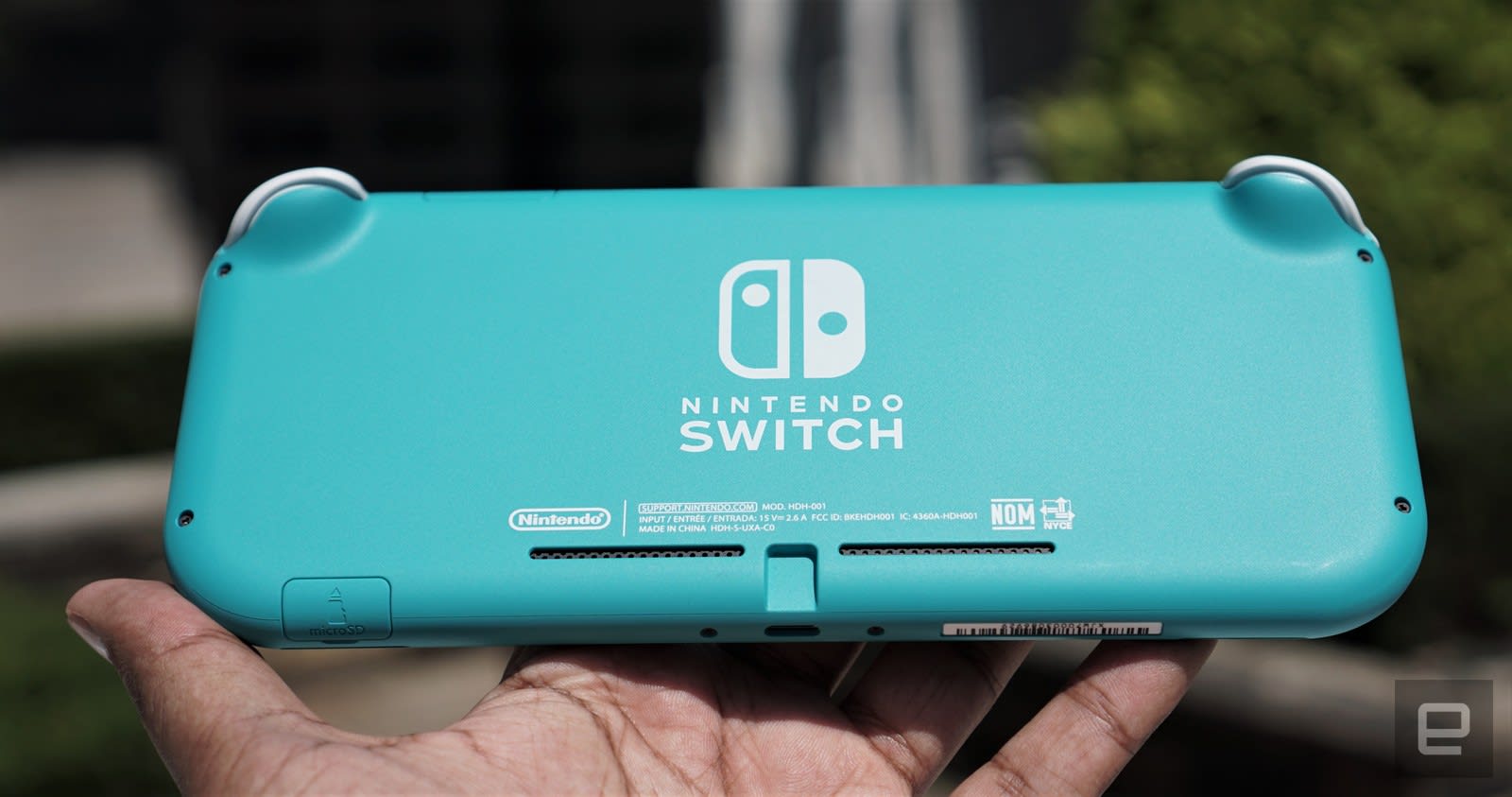 And even though the Switch Lite has a smaller 5.5-inch screen, compared to the big Switch's 6.2-inch display, it's still immersive enough for epic games like Breath of the Wild. My main concern is how games with small on-screen text will appear, as it's already hard enough to get through some RPGs on the Switch. The display itself looks great indoors, with vibrant colors and plenty of responsiveness, but it still has trouble in direct sunlight. The screen is just too reflective and dim to be usable.

On a brighter note, playing Mario Maker 2 and Mario Kart 8 Deluxe actually felt more comfortable than the large switch. The Lite is more ergonomic to hold, and the analog sticks feel less awkward to use since they're closer together. And, praise be the gaming gods, there's an actual D-pad, which is particularly helpful for Mario Maker 2's 2D platforming. It's definitely better for quick character movement than an analog stick, and it simply feels great overall. The D-pad brings back memories of spending hours with all of Nintendo's classic hardware.

Of course, there are downsides to this cutie of a console. Because the controllers aren't removable, you won't be able to play the handful of Switch games that offer multiplayer with two joycons, and there's no IR module either. HD rumble is also absent, though few games actually took advantage of its finely tuned vibrations. The Switch Lite's biggest downside is that there's no video out. Even without the dock, it would be nice to plug it into hotel TVs while traveling.

I suppose that's something Nintendo wants to keep reserved for the big Switch. After all, the Switch Lite comes in at $200 when it arrives on September 20th, instead of $300. There still has to be a good reason for you to spend more. As someone who was practically raised on home consoles, I won't be forgoing the ability to play on my TV anytime soon. But I'd consider picking up a Switch Lite as a secondary machine -- it's just too cute.