The Austrian Research Institute for Artificial Intelligence is partnering in the effort.

All Lego sets come with visual instructions that indicate where builders should place each piece. But such guidance isn't accessible for the blind. The Lego Foundation today announced they are releasing instructions in audio and Braille for a small number of sets through a partnership with the Austrian Research Institute for Artificial Intelligence.

The institute has created AI software that translates LXFML data -- the design script used by Lego designers -- from visual to text-based descriptions, which can then be translated to Braille and audio instructions. The instructions will be available in English, free of charge, on the Lego Audio Instructions website. 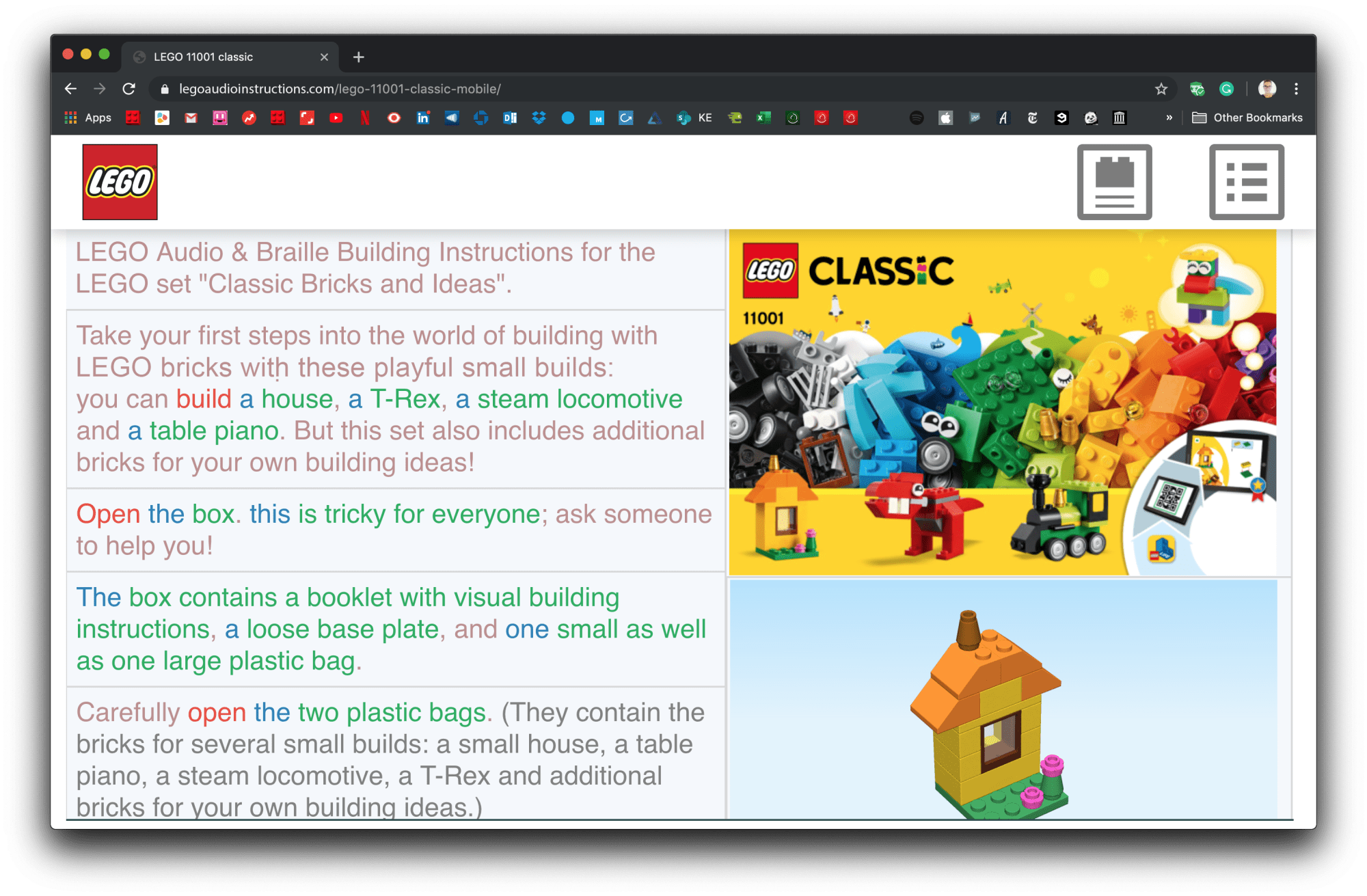 The undertaking likely wouldn't have happened without 22-year old Matthew Shifrin, a blind Lego enthusiast whose Lego for the Blind website includes Braille instructions for several different sets. Shifrin was inspired when a family friend, Lilya, gifted him a 821-piece Prince of Persia Lego set, complete with a set of instructions she typed out by hand using a Braille typewriter. Together, the duo worked on transcribing over 20 different Lego sets.

Turns out that transcribing visual Lego instructions to Braille is a time-consuming process. Braille instructions for a London Bridge Lego set, for example, numbered over 850 pages. On average, transcribing a set could take anywhere between 45 minutes to a month for the most complicated models. Despite working long hours, Shifrin found himself turning down hundreds of requests to transcribe certain sets from the site's visitors.

After Lilya passed away in 2017, Shifrin hoped to honor her memory by spreading the reach of Lego for the Blind. A friend of his at MIT introduced him to a representative at Lego's Creative Play Lab, who then approached the Austrian Research Institute for AI.

Shifrin has been working with Lego over the past two years on the project, and says he's excited to see it come to fruition. Testing the finished product with blind children has been particularly rewarding. "They
love the freedom the instructions give them to build like their sighted friends," wrote Shifrin in an email to Engadget.

Shifrin will continue to update Lego for the Blind with new instructions, though the work is taking longer now without Lilya's help. "I'm glad that Lego is now creating their own instructions and that they're allowing me to continue creating my own instructions via Lego For The Blind," wrote Shifrin.

Lego is embarking on a pilot rollout of its program today for the blind with audio and Braille instructions for four different sets. Beginning in 2020, the company plans to release instructions for even more sets.

All products recommended by Engadget are selected by our editorial team, independent of our parent company. Some of our stories include affiliate links. If you buy something through one of these links, we may earn an affiliate commission. All prices are correct at the time of publishing.
View All Comments
Lego offers instructions for visually impaired builders