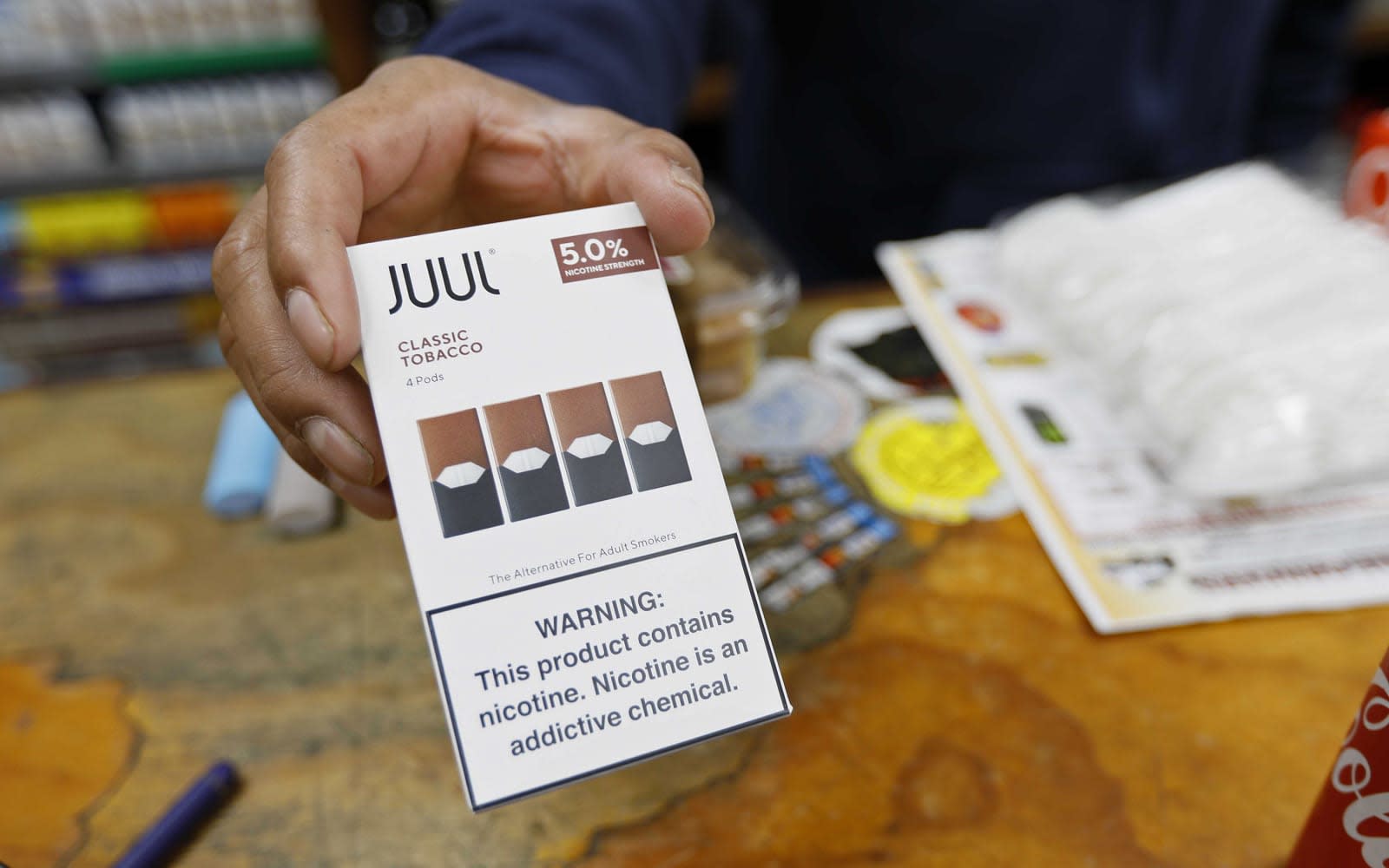 By May 2021, anyone looking to purchase a Juul e-cig will have to have their ID scanned. Juul announced today that it will soon require all retailers to use an updated point-of-sale (POS) system. When Juul products are scanned, the POS will prompt the retailer to scan the customer's ID. Anyone under the locally mandated age will be prohibited from buying Juul products. The POS will also block sales of more than one vaporizer and four refill packs, so users won't be able to buy in bulk and presumably share with their underage friends.

These new Retail Access Control Standards (RACS) are Juul's latest attempt to curb teen vaping. More than 50 retail chains -- a total of more than 40,000 outlets -- have agreed to comply. Juul will stop distributing products to retailers who aren't RACS-certified by May 2021. And because the company recognizes that updating POS systems is no small task, it's offering more than $100 million in incentives and financial support to retailers looking to implement the new system.

Juul is also expanding its track-and-trace program. That allows educators, law enforcement and parents to enter a Juul serial number into an online portal to see where the device was purchased. It was introduced as an experiment this spring, and it will now be rolled out nationwide.

Juul claims its target market is the one billion existing adult smokers globally, but the FDA has accused it of undermining efforts to prevent teen vaping. It's also under investigation by both the House and Senate. The new POS rules could help Juul stave off more regulations and lawsuits -- like the one filed recently by North Carolina. Though RACS would do little to prevent teens from buying the products online -- an issue San Francisco is grappling with.

According to the FDA, in 2018, more than 3.6 million middle and high school students across the US were current e-cigarette users. The CDC has identified at least 193 cases of severe lung illnesses, which are potentially linked to vaping.

Update 8/29/2019 2:00PM ET: The story was updated to clarify that the POS system will limit each purchase to a maximum of one vaporizer and four refill packs.

In this article: business, e-cigarette, e-cigs, gadgetry, gadgets, gear, ID, juul, medicine, point of sale, POS, retail, retailers, scan, stores, teen, vaping, verification
All products recommended by Engadget are selected by our editorial team, independent of our parent company. Some of our stories include affiliate links. If you buy something through one of these links, we may earn an affiliate commission.