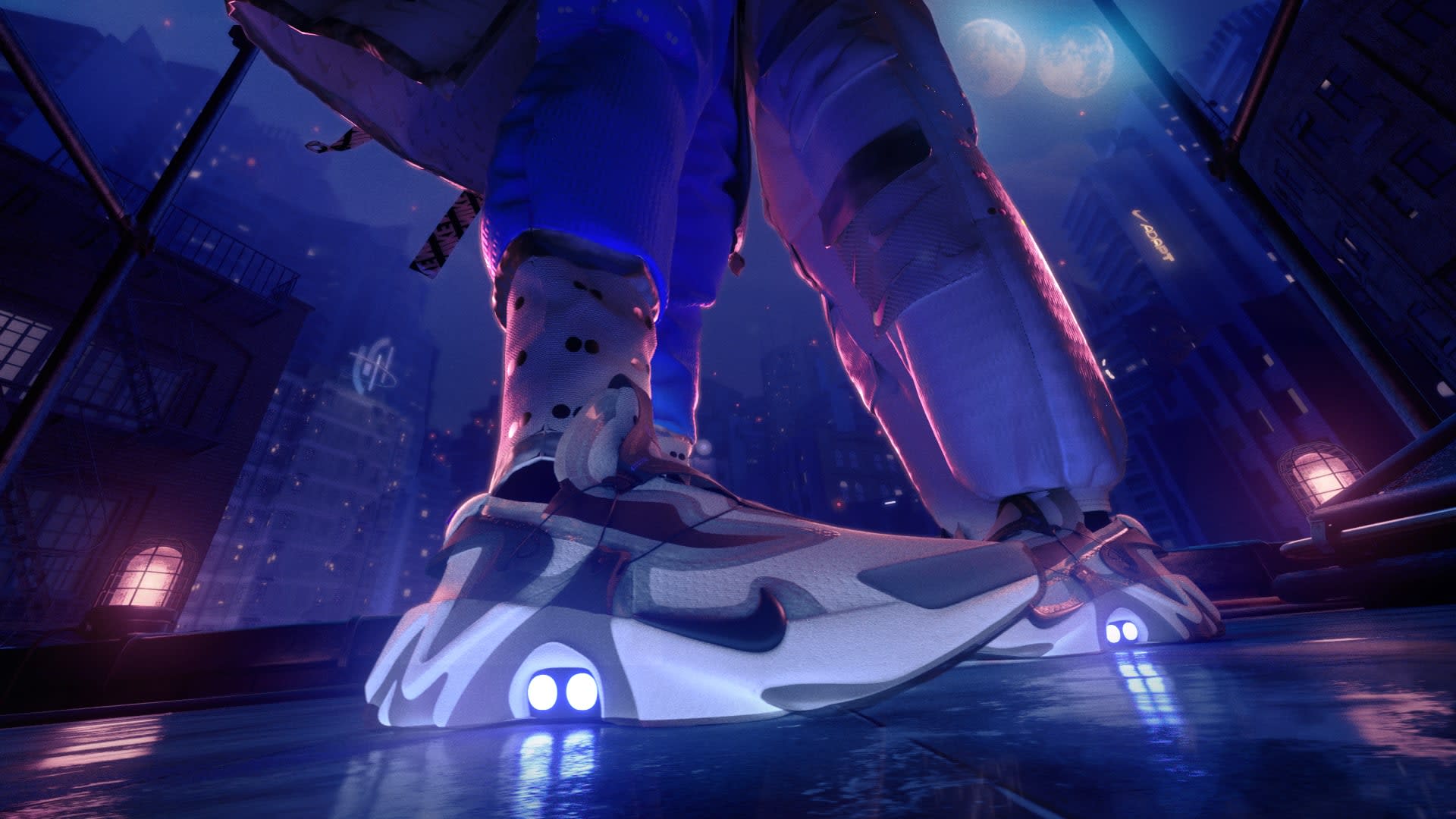 The late '80s and early '90s are fondly remembered by Nike fans. The Air Max 1 and Air Max 90 redefined sneaker designs with their "visible air" heel units. The Air Huarache crossed over from runners to fashion-conscious city-dwellers thanks to its unconventional exoskeleton. While the popularity of the Huarache has ebbed and flowed since its 1991 launch, the model is currently in heavy rotation among sneakerheads, making it an ideal choice for Nike's self-lacing Adapt technology.

The Adapt Huarache features the brand's FitAdapt technology, which Nike claims will "update and evolve along with the user." This isn't a Nest thermostat for your feet; the motorized lacing unit won't analyze your habits and adjust accordingly. It will, however, offer users more convenient control than previous versions of the Adapt technology. The Nike Adapt BB featured smartphone control, but the Adapt Huarache will also connect to Apple Watch and Siri for even faster changes. Presets will make it even easier to switch from a relaxed fit while sitting at your desk to a secure hug for running sessions.

Sneakerheads might be disappointed by the aesthetics of the Adapt Huarache, as it takes some major deviations from its namesake: While the angular silhouette of the original Huarache looks decidedly '90s, the Adapt version of the sneaker takes on a more streamlined appearance. That said, the Adapt Huarache is more stylized than the Adapt BB, and its Adapt unit doesn't look out of place or tacked on like the Nike Hyper Adapt.

The Nike Adapt Huarache will hit Nike's apps and select stores on September 13th in grey and yellow colorways. The MSRP has not been announced, but the Nike Adapt BB launched at $350 in January 2019, so the new model will likely be positioned at a similar price point.

In this article: apple, Apple Watch, fashion, fitadapt, gear, Nike, Nike Adapt, nike adapt bb, Nike Adapt Huarache, self-lacing, sneakers, tomorrow, watchos, wearables
All products recommended by Engadget are selected by our editorial team, independent of our parent company. Some of our stories include affiliate links. If you buy something through one of these links, we may earn an affiliate commission.