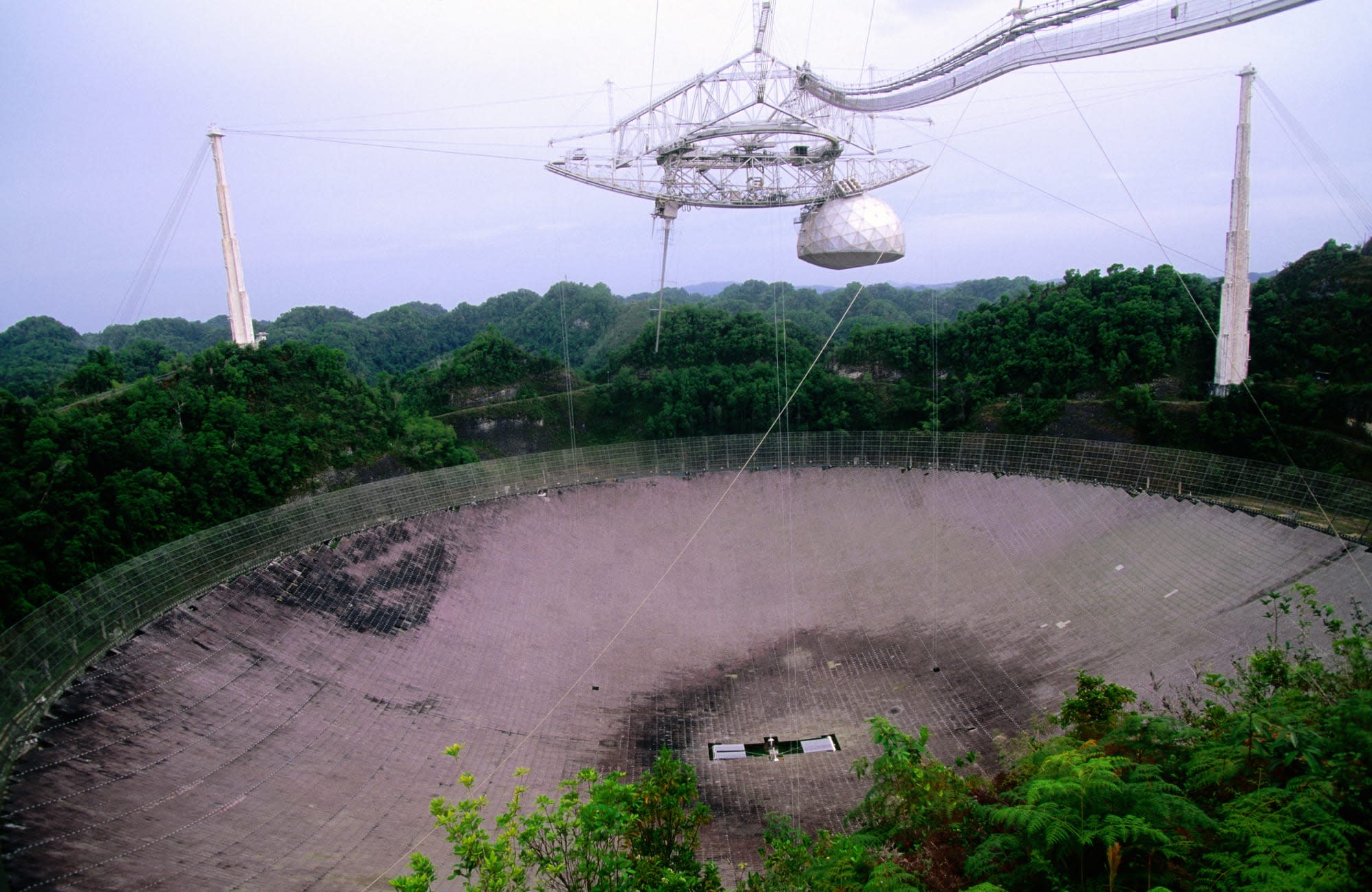 NASA has ensured the Arecibo Observatory in Puerto Rico can continue its search for near Earth objects (NEOs) that pose a threat to the planet with a $19 million grant. The fund was awarded to the University of Central Florida, which operates the observatory on behalf of the National Science Foundation.

Asteroids that are predicted to come within 5 million miles of the Earth are considered a potential threat by NASA. While that seems like a vast distance, gravity could shift an asteroid's orbit closer and closer to Earth, eventually resulting in an impact.

A proactive approach is certainly preferred for this type of work, and the Earth evidently needs more eyes watching out for such threats. Just last month, an asteroid dubbed a "city killer" took scientists by surprise. Traveling at 15 miles per second, the giant space rock designated as Asteroid 2019 OK missed Earth by just 45,000 miles. To put that into perspective, the moon is about 240,000 miles away.

The Arecibo Observatory will also analyze and categorize NEOs to help inform future space mining and sampling missions. "We can use our system to constrain the size, shape, mass, spin state, composition, binarity, trajectory, and gravitational and surface environments of NEOs and this will help NASA to determine potential targets for future missions," says Anne Virkki, principal investigator for the observatory's planetary radar program.

A portion of the $19 million grant will also be used for a STEM education program at the Science, Technology and Research (STAR) Academy in Puerto Rico. 30 high schoolers per semester will learn about the science and research conducted at the observatory across 16 sessions.

The 1,000-foot radio telescope has been in service since the mid-1960s, having served a variety of uses, from determining the rotation period of Mercury to transmitting a bitmap image to hypothetical extraterrestrials 25,000 lightyears away. The facility has occasionally faced financial troubles, but this latest grant will keep the Arecibo Observatory running for the time being.

In this article: arecibo observatory, asteroid, Asteroid Mining, NASA, National Science Foundation, near earth object, radio astronomy, radio telescope, space, STEM, tomorrow, university of central florida
All products recommended by Engadget are selected by our editorial team, independent of our parent company. Some of our stories include affiliate links. If you buy something through one of these links, we may earn an affiliate commission.