It's the company's most powerful car, too.

Even Lamborghini can't resist the pressure to electrify its lineup, although it's definitely not following a conventional route. The Italian automaker has introduced the Sián ("flash" or "lightning" in Bolognese dialect), its first hybrid car, and the emphasis here is on raw performance over eco-friendliness. The coupe mates a 785HP V12 engine with a 34HP electric motor that provides both "immediate response" and, conveniently, the most power ever in a production Lamborghini. It can reach 62MPH in a brisk 2.8 seconds while reaching a 217MPH top speed, and you'll see tangible improvements in traction force that help it out-accelerate previous beasts like the Aventador SVJ.

The Sián is also noteworthy in how it stores and recharges power. Rather than rely on lithium-ion batteries like most other hybrids and EVs, this car uses supercapacitors that are three times more powerful than batteries of similar weight and three times lighter than batteries with similar power. The approach not only helps keep the overall weight down, but allows the storage to fully charge every time you brake. You shouldn't have to worry about losing that hybrid boost when you're completing a lap on the track.

The design has some roots in the Terzo Millennio concept from 2017, including both a handful of design cues (such as the Y-shaped headlights) and the supercapacitor storage, although it's not a pure EV and omits particularly exotic elements like the self-healing carbon fiber.

There's just one problem with the Sián, apart from its likely astronomical (but unspecified) price tag: it's already spoken for. Lamborghini is making just 63 units, and all of them have been sold. While this is an honest-to-goodness production hybrid, it's more a peek at Lamborghini's long-term strategy than anything. It doesn't have much choice. With Europe and other regions pushing for stricter emissions and fuel economy targets, the brand will have trouble relying solely on monster gas engines going forward -- and it can't rely on VW's electric cars to compensate. 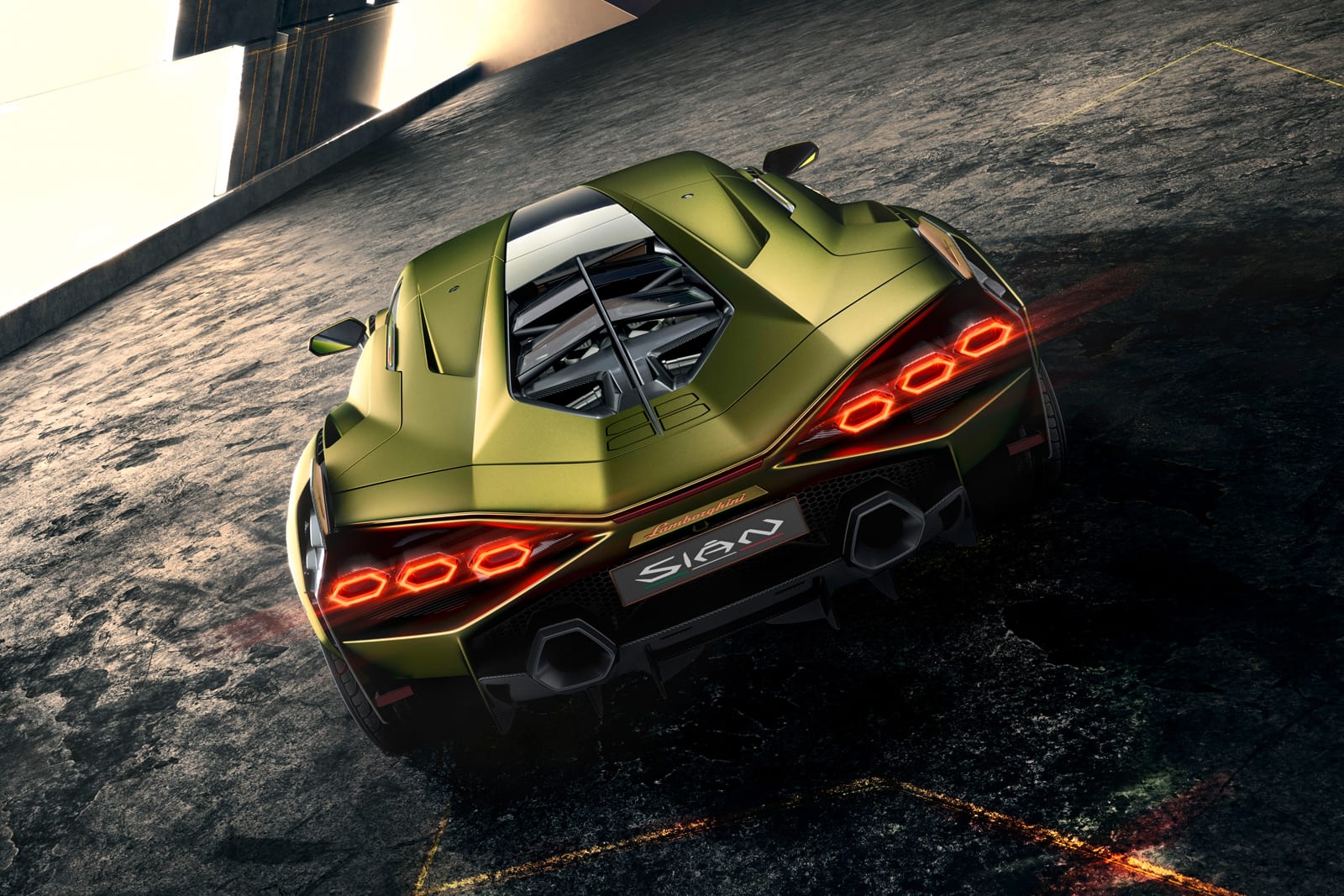