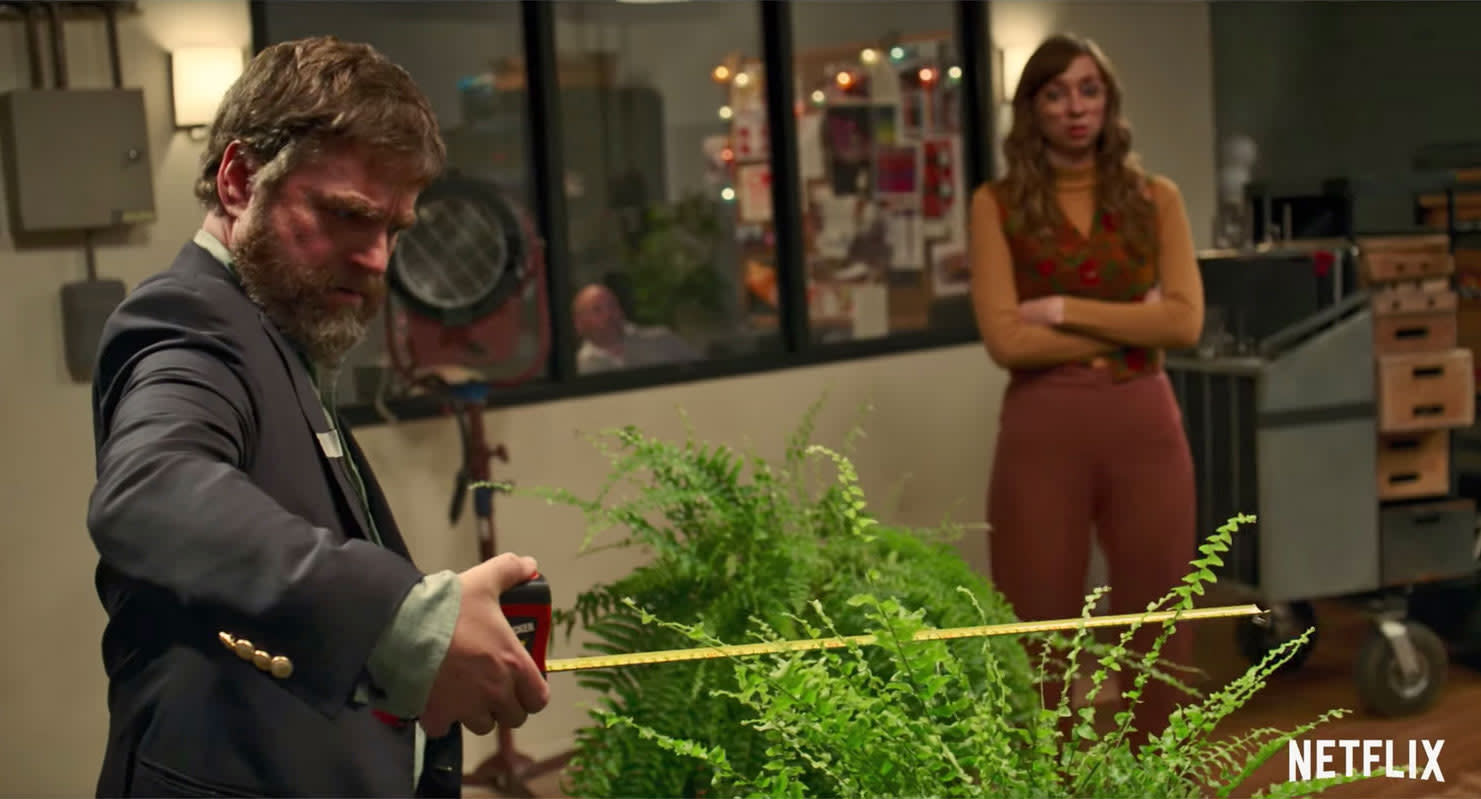 Netflix has finally offered a peek at Between Two Ferns: The Movie just days before its September 20th premiere, and there's little doubt that Zack Galifianakis and crew are upping the ante for their magnum opus. The trailer starts with a Matthew McConaughey interview that goes... badly, and escalates from there. Zack is forced to go on the road and conduct interviews to mend his reputation, and the result is a string of absurd celebrity chats that makes even the most star-studded Netflix original seem low-rent by comparison.

The trailer alone shows interviews with the likes of Benedict Cumberbatch (aka Benefit Lumberjacks), Brie Larson, Jon Hamm and David Letterman, but they're just a sliver of who you can expect. The movie also has appearances from Chrissy Teigen, John Legend, Peter Dinklage and even Keanu Reeves. Only some of them are likely to appear between the fabled plants, but it's safe to presume they'll get their fair share of screen time. If there's any concern, it's that this could be predictable -- not that this will necessarily deter anyone who's been watching Between Two Ferns interviews for years.

In this article: between two ferns, entertainment, internet, movie, netflix, services, streaming, trailer, video, zack galifianakis
All products recommended by Engadget are selected by our editorial team, independent of our parent company. Some of our stories include affiliate links. If you buy something through one of these links, we may earn an affiliate commission.