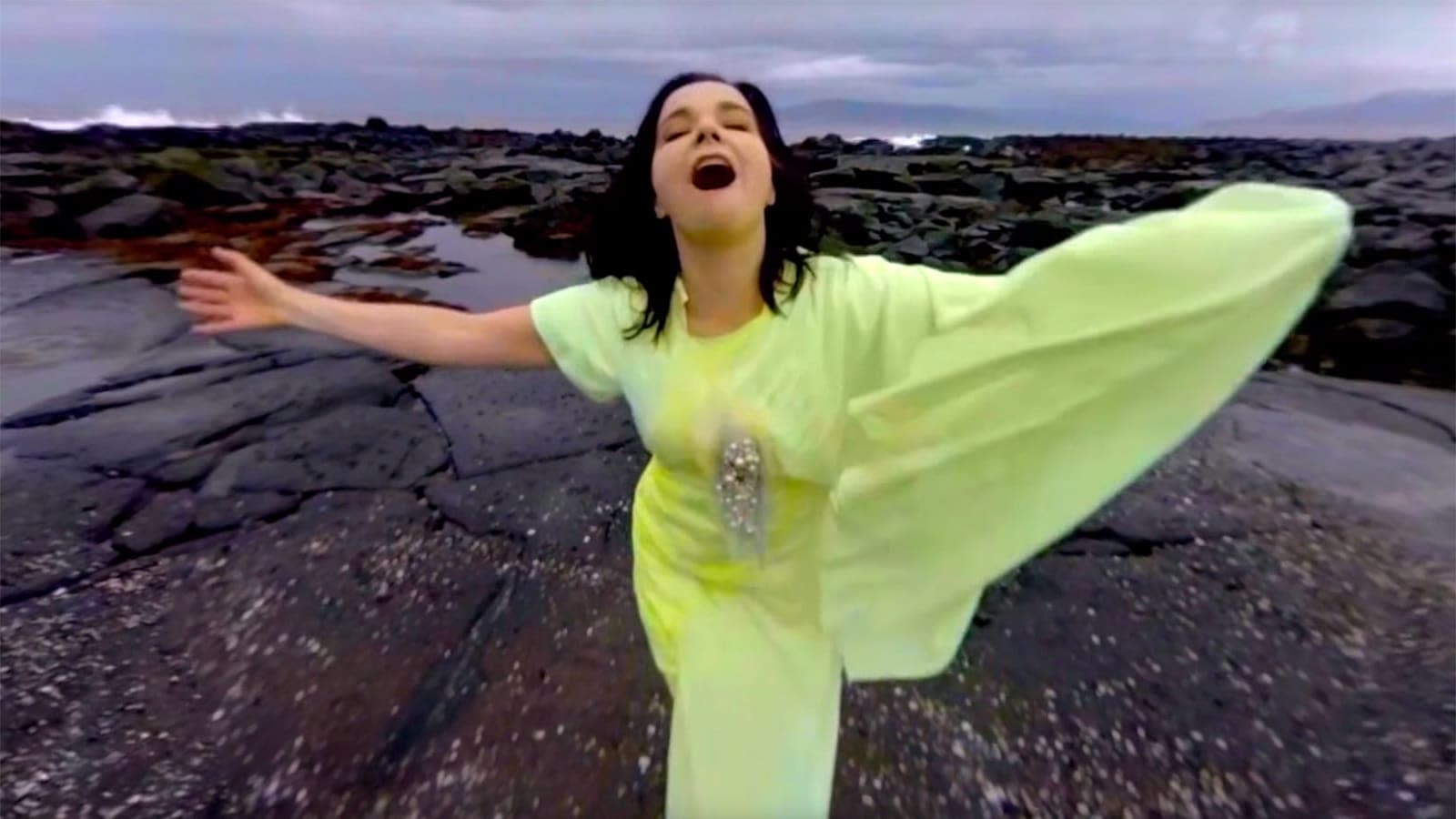 It only took four-plus years, but Bjork's VR 'album' is finally ready. The Icelandic artist is releasing the complete version of Vulnicura VR through Steam on September 6th, giving PC owners a single place to experience 360-degree visuals available in the digital museum collection and beyond. This includes seven of the tracks from the album (including "Stonemilker," "Lionsong" and "Black Lake") with a 360-degree score composed by Stephen Malinowski.

To call it a long wait would be an understatement -- Bjork has released another album (Utopia) since her first VR experiences arrived. The release is a reflection of how much VR tech has matured since 2015, mind you. Bjork and her team weren't sure how to distribute the Vulnicura experience when few people owned VR gear, and initially resorted to seeding record stores with headsets. The effort has been an "improvisation," Bjork said, with changing companies and evolving technologies. Flash forward to 2019 and it's a different story. PC VR still isn't cheap, but it's much more accessible and has widely available platforms like Steam.

The reason for adopting VR has remained consistent, at least. Bjork saw the headset as both "isolating," like the heartbreak at the core of Vulnicura, and also an "escapist relief." It also paralleled the experience of creating the music. Bjork wrote "Stonemilker" on the same beach where she shot the video, so this was a way to "invite" listeners into the music. Effectively, VR served as an artistic medium that could venture beyond what audio or a conventional music video might accomplish.

i am so happy to share finally the complete version of vulnicura VR with all the songs now available in one place - it is a digital home for all the virtual reality videos we made , and will be released this friday 6th september⁣ . warmthness björk ⁣ #vulnicuravr #björk

In this article: 360 degree, 360-degree, art, av, bjork, entertainment, music, video, virtual reality, vr, vulnicura, wearables
All products recommended by Engadget are selected by our editorial team, independent of our parent company. Some of our stories include affiliate links. If you buy something through one of these links, we may earn an affiliate commission.