For people who are blind or visually impaired, listening to a music video is often just like listening to the track. The band X Ambassadors wants to change that. They've teamed up with Microsoft to create an "audio-only music video" that's meant to allow blind, low-vision and sighted fans to enjoy the single "Boom" in a new way.

The "responsive three-dimensional audio experience" is available on the new Boom app. Users can select from two soundscapes: Ithaca, New York, where two of the band members are from, or the Brooklyn neighborhood where the band used to rehearse. Users will hear field recordings from each location. As they move their phones around, Microsoft's Windows Sonic technology will use sensors to translate movement into the rotations of sound around the user. 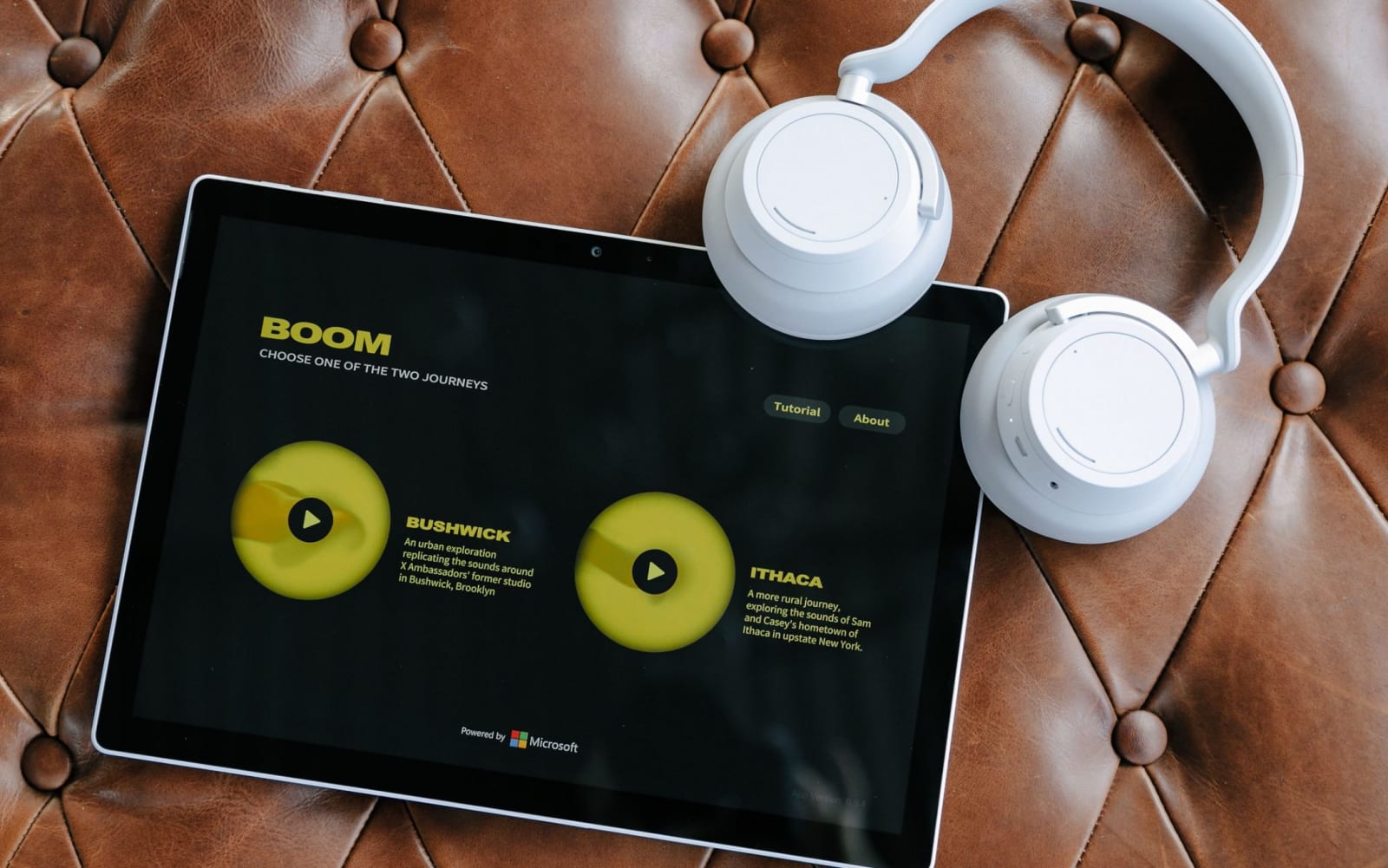 The project was inspired by X Ambassadors' keyboardist Casey Harris, who has been blind since birth. "I mentioned that most music videos, for me, were just like listening to the track," Harris said in a video about the project. "And we came to this idea of an AR, like augmented reality thing, but for audio instead of visuals, and that hadn't really been done before."

The entire Orion album, which includes the track "Boom," has an accessibility theme. The yellow-on-black high contrast cover art was selected because it can be seen more easily by people with low vision, and the cover artwork for the Boom app features the word in braille. "It was really important to me to make a video that the blind community could enjoy as much as the sighted community enjoys our visual content," Harris said.

This isn't the first time Microsoft has used its tech to improve accessibility for people with visual impairments. It's used VR to help people with low vision identify objects, and it has used AI to help the blind explore photos. It has a suite of other accessibility projects, and if "Boom" goes over well, we might see more artists using its tech to enhance their music videos.