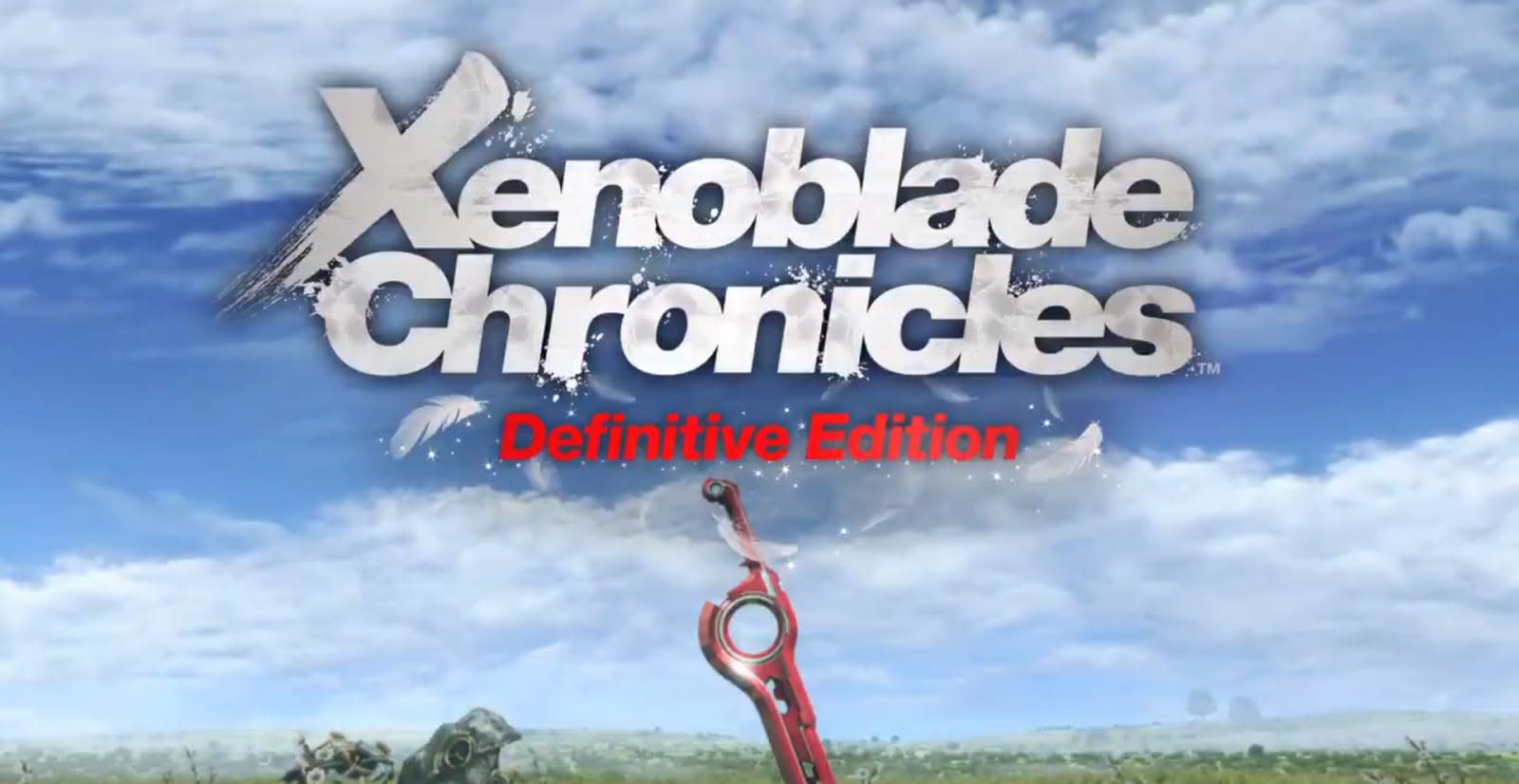 MONOLITHSOFT's acclaimed RPG is destined to be reborn on #NintendoSwitch as #XenobladeChronicles: Definitive Edition. Explore Bionis and Mechonis with Shulk, Reyn, Fiora and friends in this legendary adventure when it arrives in 2020. pic.twitter.com/HUr7XYHalO

Xenoblade was originally developed by Monolith Soft, which was later acquired by Nintendo. The story follows the character Shulk and his friends as they embark on a quest for revenge against the Mechon for destroying their home. The gang travel on the backs of titans and uncover the secrets of the Monado weapon.

A sequel, Xenoblade Chronicles 2, came out on Switch in 2017. Still, most fans seem to prefer the original JRPG. In our 2012 review, we were struck by how "rich and expansive" the world of the original game felt and praised the "novel twists" of its combat system. One noted drawback was that the Wii's graphical limitations didn't do the game's art design any favors. Hopefully, the remastered version for Switch will aim to look better.

In this article: av, gadgetry, gadgets, gaming, nintendo, nintendo direct, nintendodirect, nintendodirectsept2019, xenoblade, xenoblade chronicles, entertainment
All products recommended by Engadget are selected by our editorial team, independent of our parent company. Some of our stories include affiliate links. If you buy something through one of these links, we may earn an affiliate commission.