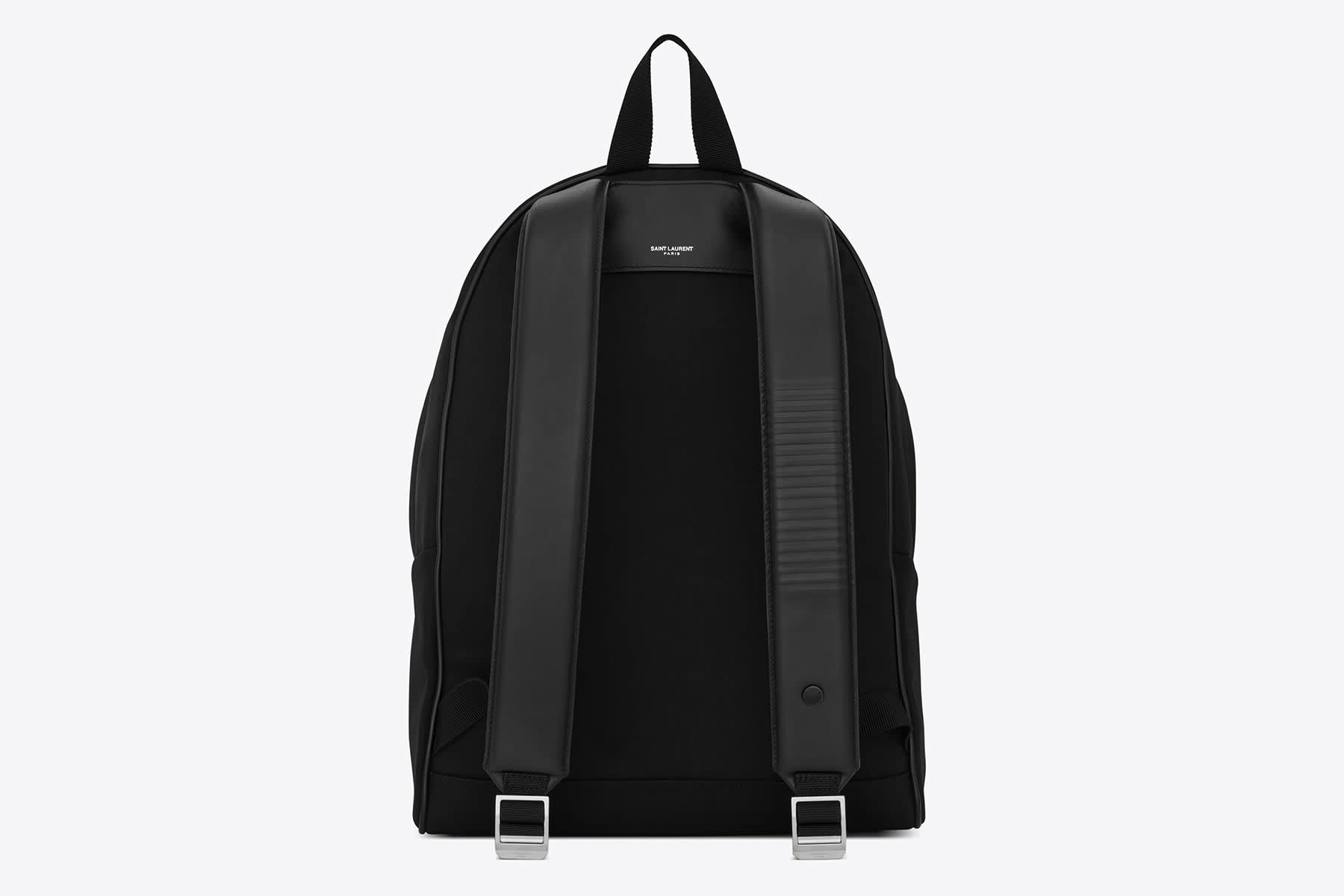 Google hasn't given up on Jacquard, an experimental hardware project designed to make everyday clothing and accessories smarter. As spotted by Owen Williams (Charged), the company has teamed up with fashion titan Yves Saint Laurent on a decadent and mildly smart backpack. The "connected" bag comes with a tiny module that slots into a hole in the main compartment. It connects to the Jacquard app and turns the backpack's left strap into a swipe-based control panel for your phone. The manual says there are four different input gestures -- brush down, brush up, double tap and cover -- and a circular nub that delivers custom alerts.

The Cit-e backpack follows the smart trucker jacket that Google released with Levi's in 2017. The latter was meant primarily for cyclists who couldn't access their phone while riding. By tapping and swiping the left cuff, they could control their music, listen to incoming messages and request turn-by-turn directions, among other small but useful features. For now, it's not clear what the Cite-e backpack will be capable of triggering on your phone. Those same features would make sense, though, for people who don't want to dig out their handset while standing on the subway.

Like the Levi's Commuter Jacket, the Cit-e backpack is expensive. Like, €795 ($878) expensive. I rarely buy anything from Yves Saint Laurent, but I assume that price-tag is in line with their other designer items. An image posted by Google's Advanced Technology & Projects (ATAP) group on Instagram says the bag will be sold "exclusively" through Rive Droite, a "curated and creative retail space" in Paris and Los Angeles. The bag is listed on the Yves Saint Laurent website, though, with a pre-order button and an estimated delivery date of "no later than" October 15th, 2019.

In this article: atap, backpack, design, fashion, gear, google, jacquard, saint laurent, smart clothing, wearables, yves saint laurent
All products recommended by Engadget are selected by our editorial team, independent of our parent company. Some of our stories include affiliate links. If you buy something through one of these links, we may earn an affiliate commission.