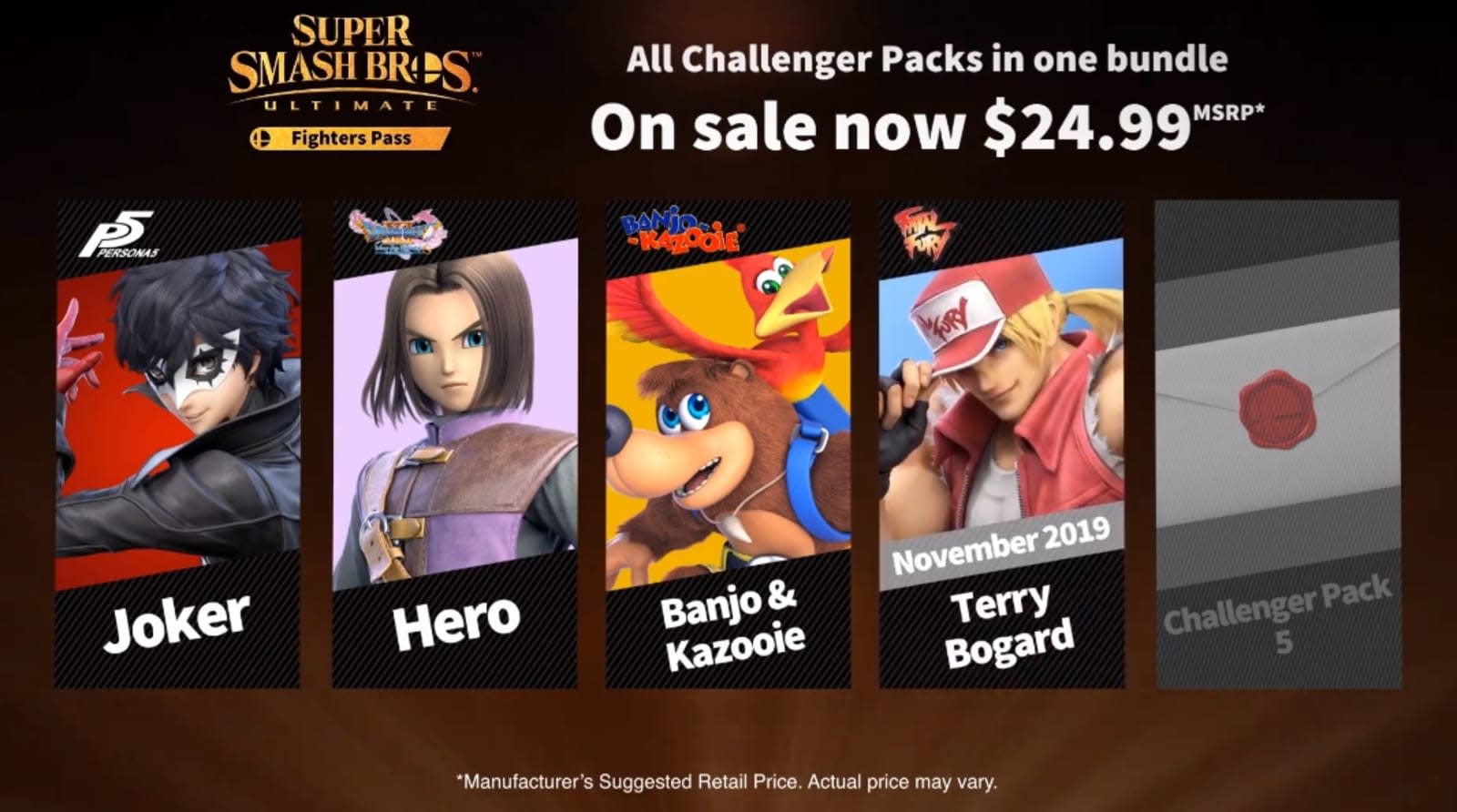 Nintendo owes Smash Bros. Ultimate Fighters Pass buyers just one more character after releasing Fatal Fury's Terry Bogard in November. But that doesn't mean the lineup will stop growing once all five characters are available. The gaming giant has announced during its latest Nintendo Direct event that it will continue developing more fighters beyond the five included in the $25 DLC pack it started offering last year.

In addition to Bogard, which the company has also announced at the event, the DLC pack gives you access to Persona 5's Joker and Dragon Quest XI's hero. The game has also just added Banjo and Kazooie as part of its latest update, while the fifth DLC will be revealed later. It wouldn't hurt as much even if it doesn't turn out to be your favorite character, though -- there's now always a chance that your beloved hero (or villain) will make its way to the game. Take note, however, that future releases will be sold separately and will cost you more money.

The battle isn't over yet, even more #SmashBrosUltimate fighters are on the way! Beyond the 5 fighters included in the Fighters Pass, we can confirm that the development of additional fighters will continue! pic.twitter.com/AiEtDzyTll

In this article: dlc, gaming, internet, nintendo, nintendo direct, nintendo switch, nintendodirectsept2019, super smash bros, super smash bros ultimate, switch, 'Smash Bros. Ultimate
All products recommended by Engadget are selected by our editorial team, independent of our parent company. Some of our stories include affiliate links. If you buy something through one of these links, we may earn an affiliate commission.