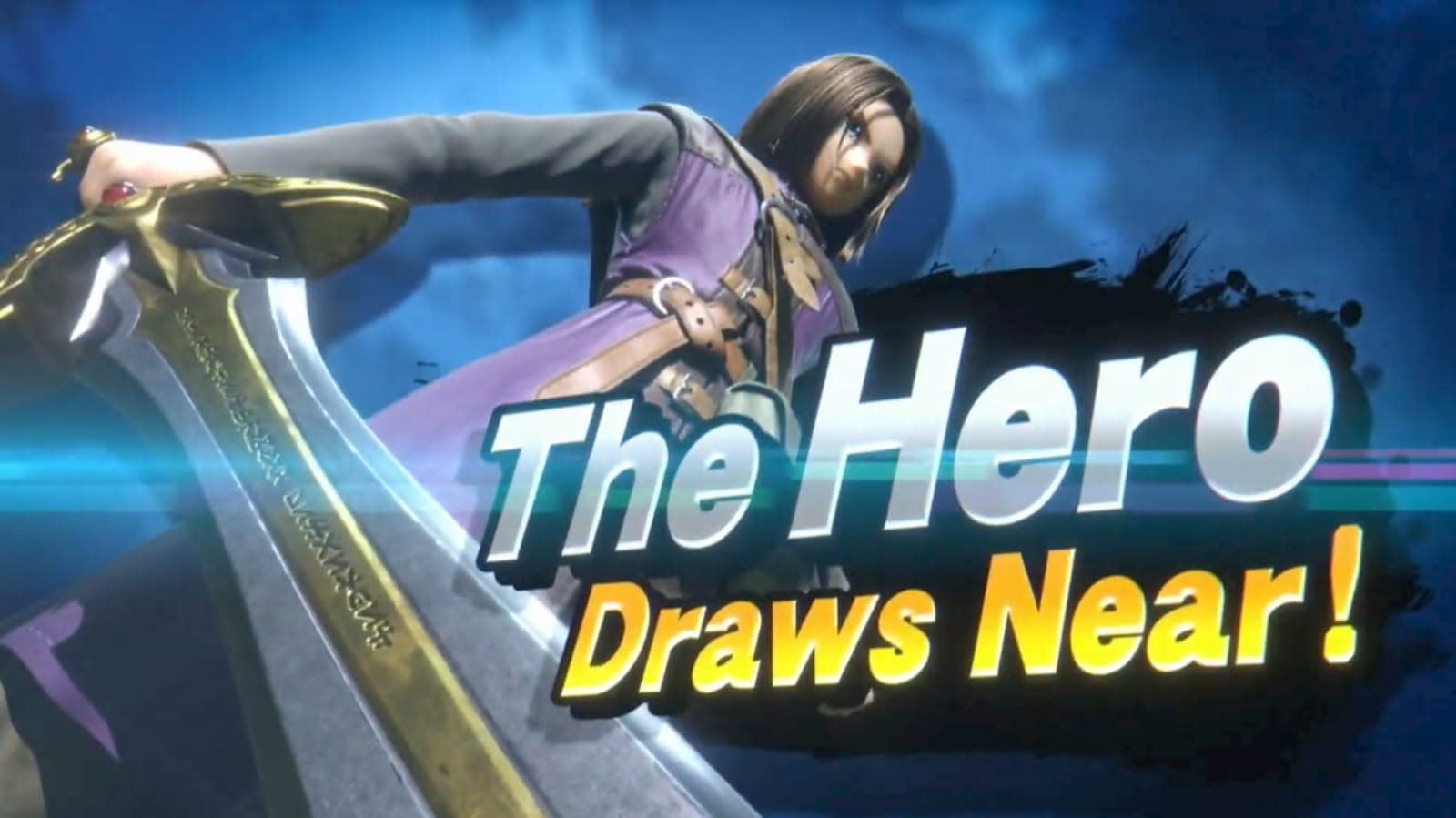 Nintendo's E3 Direct opened up with one of the bigger announcements fans were waiting for: Super Smash Bros. Ultimate DLC. This time around, it's a crossover with Dragon Quest XI, with that game's unnamed main character joining the roster of fighters. He's the second DLC character to arrive in SSBU following Joker from Persona 5. Meanwhile, Dragon Quest XI S: Echoes of an Elusive Age: Definitive Edition is coming to Switch later this year.

The Hero from the #DragonQuest series will be joining Super #SmashBrosUltimate! Purchase the Fighters Pass now and prepare to take to the battlefield with your hero this summer.https://t.co/hJmYO8YgVN pic.twitter.com/1YzOEgEZmA

But that's not all! Banjo-Kazooie are also coming to SSBU. The iconic bear and bird platformer duo will be available as a DLC fighter this fall.

Your favorite bear-bird duo, Banjo & Kazooie, is joining Super #SmashBrosUltimate! Grab the Fighters Pass and get ready for when Banjo-Kazooie arrive on the battlefield this fall. https://t.co/hJmYO8YgVN pic.twitter.com/tsypQJpdBC