The latest Nokia feature phones are rugged and retro, respectively

Ever since HMD revived and revitalized the Nokia 3310, the Finnish company has been on a sort of classy feature-phone spree. Not long after the 3310 came the 8810, an updated version of Nokia's classic slider that looked for all the world like a banana. And now, at IFA 2019, HMD has a few more devices to add to that list.

The name "Nokia" has become synonymous with durability in a way that no other phone brand ever really managed, so HMD decided to run with it and build the rugged Nokia 800. It's a chunky beast of a thing, but unless devices with similar ambitions from Caterpillar (aka Bullitt Group) and Kyocera, the Nokia 800 features a clean, understated design. It's easily the most, shall we say, European rugged phone I've seen in a long time. The 800's IP68 rating for water and dust resistance, plus the fact that it's built to comply with the MIL-STD-810G standard for drops and damage, clearly mean the phone is meant for fieldwork. That said, the sort of sandy camo finish looks surprisingly cool — I wouldn't be surprised to see a hypebeast walking through SoHo with one of these things.

Too often, rugged phones can be tough to use, but the Nokia 800 seems to dodge that trend nicely. The keys are raised and click into place nicely, and since it runs KaiOS, there's a fair number of apps available to install. (I don't know how useful they'd be on a job site, but the 800 also comes with Facebook and WhatsApp pre-installed.) And hey, you can even activate Google Assistant if you need a little help throughout the day. If all of these somehow speaks to you, you won't need to wait long or splurge much: The 800 is set to launch around the world in October for the local equivalent of about €109. 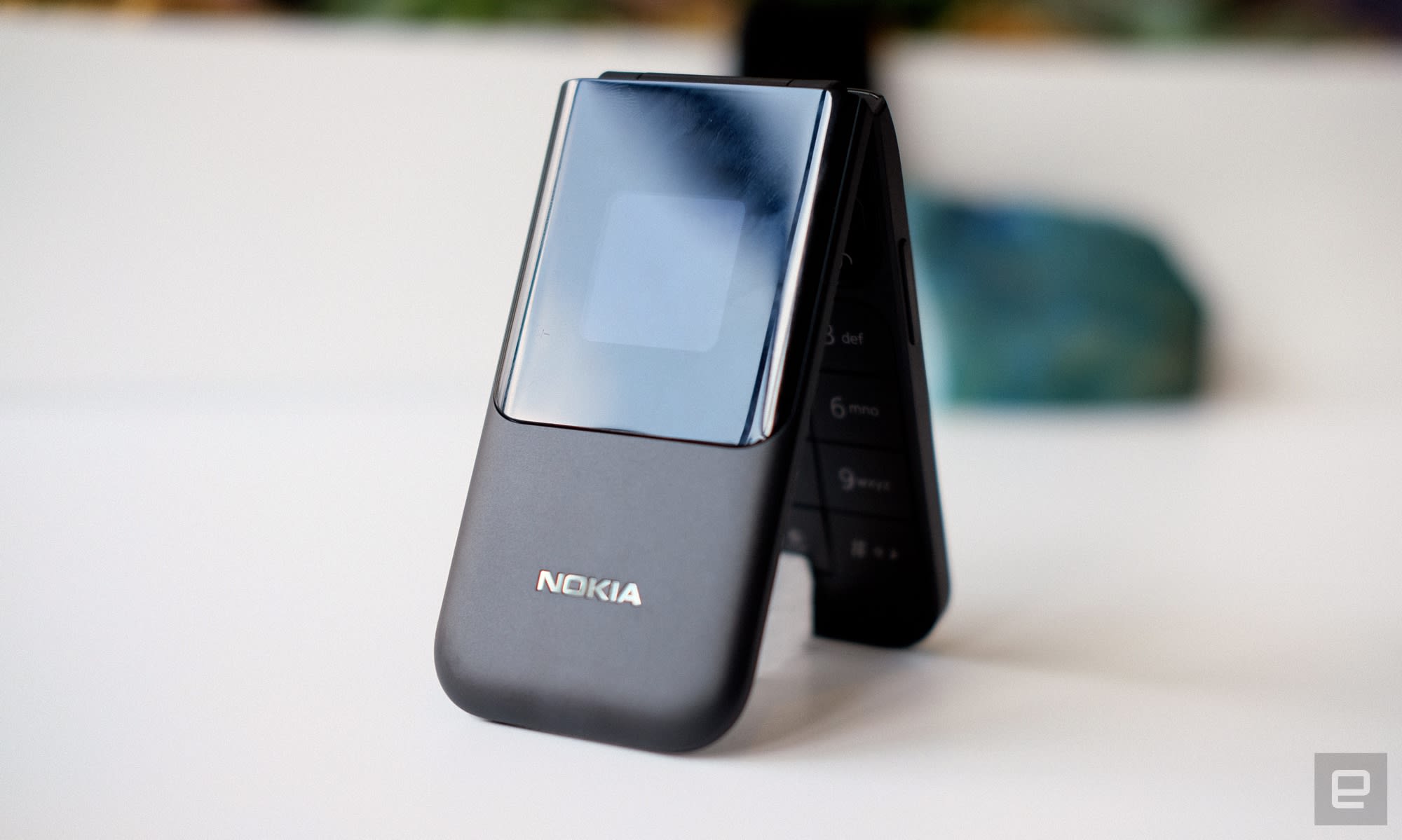 If you long for the halcyon days of pecking out text messages on a flip phone, well, there's the Nokia 2720. Like the 800, the 2720 runs KaiOS, has access to a wide range of apps, comes with Facebook and WhatsApp, and features full LTE support. Its design, however, couldn't be any more different: The 2720 very much feels like a flashback to 2005. There's a 1.3-inch external display out front, and when you flip the thing open — an action I'm convinced will never get old — you're faced with a bright, 2.8-inch internal display and some very, very large number keys.

While the 2720 absolutely looks like something you might tucked away in a neglected drawer, its modern underpinnings are undeniable. In fact, you don't even need to open the phone to use it if you don't want — HMD swore up and down that, thanks to Google Assistant, the 2720 will still get the job done when it's closed. Perhaps more importantly, HMD has managed to capture the true essence of an early-2000's Nokia flip phone: The 2720 is rated for up to 27 days of standby time. HMD says it's set to launch this month for around €89, so if you've been waiting for a backup device or something to give your tech-averse parents, your time is almost here.