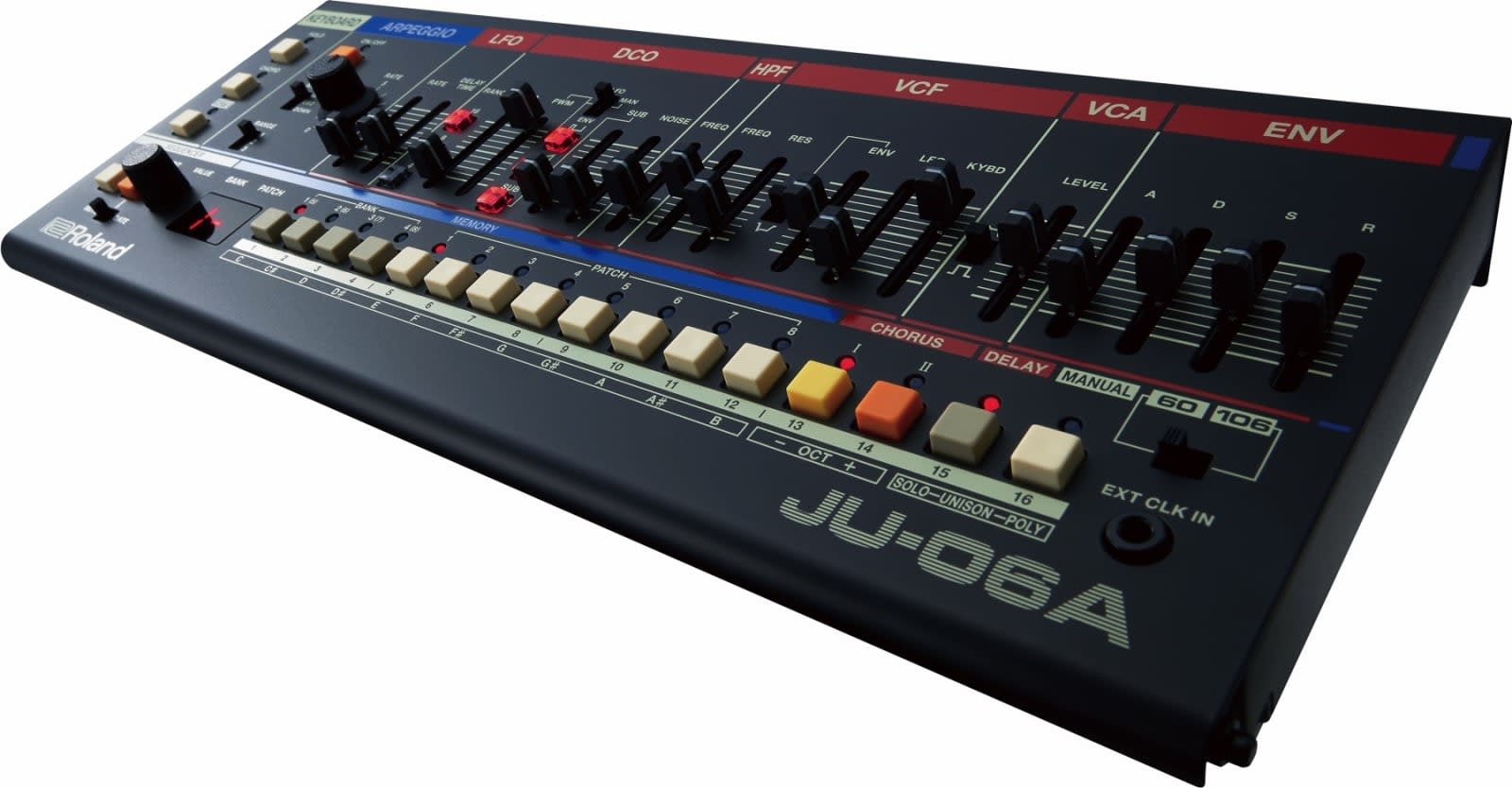 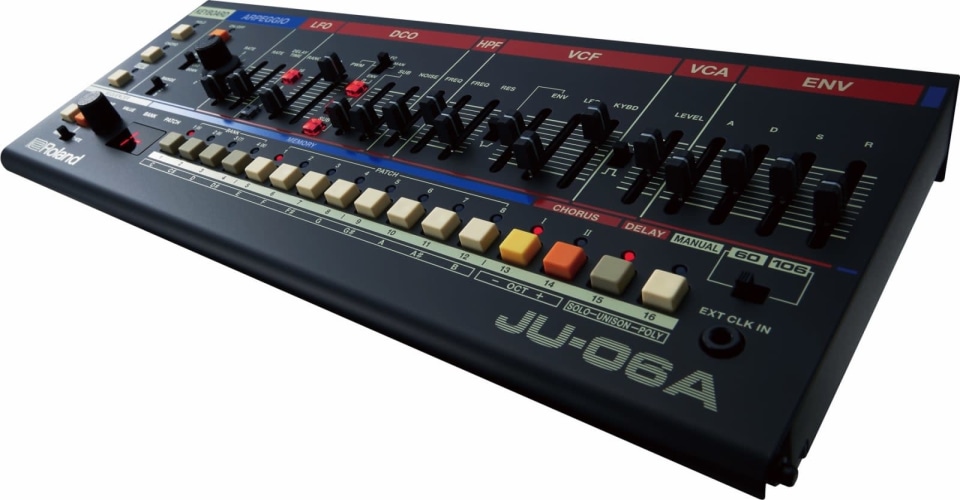 There are a few instruments that really defined the sound of the 80s: The Yamaha DX7 and the gated snare chief among them. But just as important was Roland's Juno line of analog synths. They were (at the time) reasonably priced polyphonic synths that found their way into studios with the Cure, Madonna, A-ha, Duran Duran. It's no surprise then that one of the first entries in Roland's portable Boutique series attempted to emulate the classic Juno-106. It's also no surprise that it's the first entry in the Boutique line to get a sequel.

The JU-06A takes everything that made the JU-06 so compelling, and dials it up a notch. The retro looks are even more retro. The number of vintage synths it pays tribute to has been doubled. The arpeggiator and sequencer have been given a major upgrade. Just one look at the JU-06A next to the original JU-06 and you can see that Roland put a lot more effort into faithfully paying tribute to their musical inspiration. The backlit blue buttons and touchstrips are gone. And the color scheme is far more period accurate. There's even a switch on the front that lets you switch between emulating the Juno-106 and the Juno-60.

Of course, Roland isn't completely stuck in the past with its Boutique instruments. While the JU-06A pays tribute to the past, it embraces a number of modern conveniences like USB audio and MIDI, Volca-style sync over 1/8" audio cables, and a proper sequencer. (Though, if you're feeling old-school, there are full-sized five-pin MIDI DIN jacks on the back.) And, of course, like every other entry in the series the JU-06A can be powered by four AA batteries and easily stashes in backpack.

The JU-06A will be available later this month for $400. Though, since there's no keyboard, you want to also consider picking up the K-25m dock that makes any Roland Boutique instrument a little more self sufficient.

In this article: art, av, boutique, gadgetry, gadgets, gear, instrument, ju-06, ju-06a, juno, juno-106, juno-60, music, musical instrument, roland, roland boutique, synth, Synthesizer
All products recommended by Engadget are selected by our editorial team, independent of our parent company. Some of our stories include affiliate links. If you buy something through one of these links, we may earn an affiliate commission.