Sony's Xperia 5 isn't the triumphant return of the compact flagship

Sony's Xperia phones have increasingly slid into the shadows, as Samsung, Apple and Chinese challengers carve up the smartphone market. Last year, the Xperia 1 got weird. With a 21:9 ratio OLED screen, Sony was going hard on the cinematic appeal and it resulted in a phone that was best described as long, worst described as really unwieldy. The Xperia 5 resurrects the notion of a smaller Sony flagship phone and I think it makes its latest phone design work a little better.

The Xperia 5 still has an impressive, HDR-ready OLED screen, but now it's 6.1 inches big, compared to the 6.5-inch screen on the Xperia 1. While that may still sound like a big phone, it's certainly not a compact phone and only a little bit smaller than the Xperia 1 -- small flagship phones just aren't a thing any more.

However, at this 21:9 screen ratio, it's smaller, less wide and easier to handle. It's not as difficult to reach the upper parts of the screen, although reading (or browsing the web) on the Xperia 5 is just as frustrating as Chris Velazco's experience during his Xperia 1 review. A narrower screen means narrower text and more scrolling.

Sony wants to position its Xperia phones as media-consuming powerhouses, so this (kinda) explains it. It's just a shame that I spend more time with my phone vertically than horizontally. Another difference? The resolution on the Xperia 5 isn't 4K, but Full HD+ (1080 x 2520) -- 4K on a phone is still a hard sell. There's really not much point to it. This lower resolution will also mean the phone lasts longer. 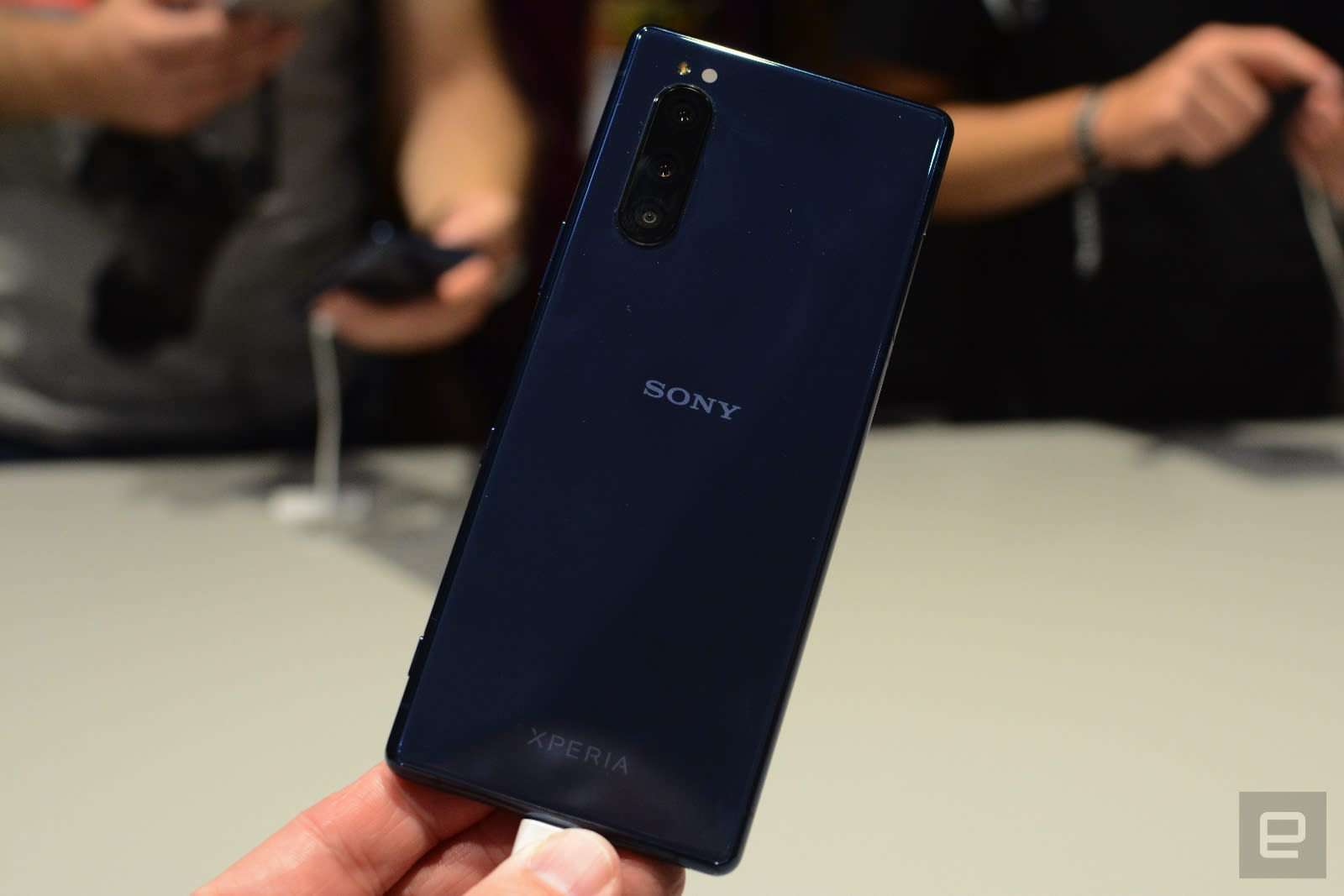 Other than the new footprint, there's otherwise a lot of Xperia 1 overlap. The new phone has the same triple 12-megapixel cameras, with a wide-angle lens, a powerful Qualcomm Snapdragon 855 processor and 6GB of RAM inside. The smaller display can still change SDR (Standard Dynamic Range) video and images into HDR (High Dynamic Range) content through Sony's remastering tech from its Bravia TV engineers.

There are drawbacks. It's frustrating to see a phone land in October 2019 without Android 10 -- you'll be on Android 9 until Sony issues an update and its track history isn't great. The trio of cameras seems like an unremarkable camera system versus other phones like the Galaxy S10, Pixel 3 and the Huawei's P30 Pro. The biggest struggle might be convincing people to buy a Sony phone. Brand loyalty in electronics is one thing, but Xperia phones are usually invisible in phone stores.

Chris Velazco put it well in his review of the Xperia 1 -- it's a niche phone. The Xperia 5 is similar but smaller. Just a little bit smaller. And it's better for it.