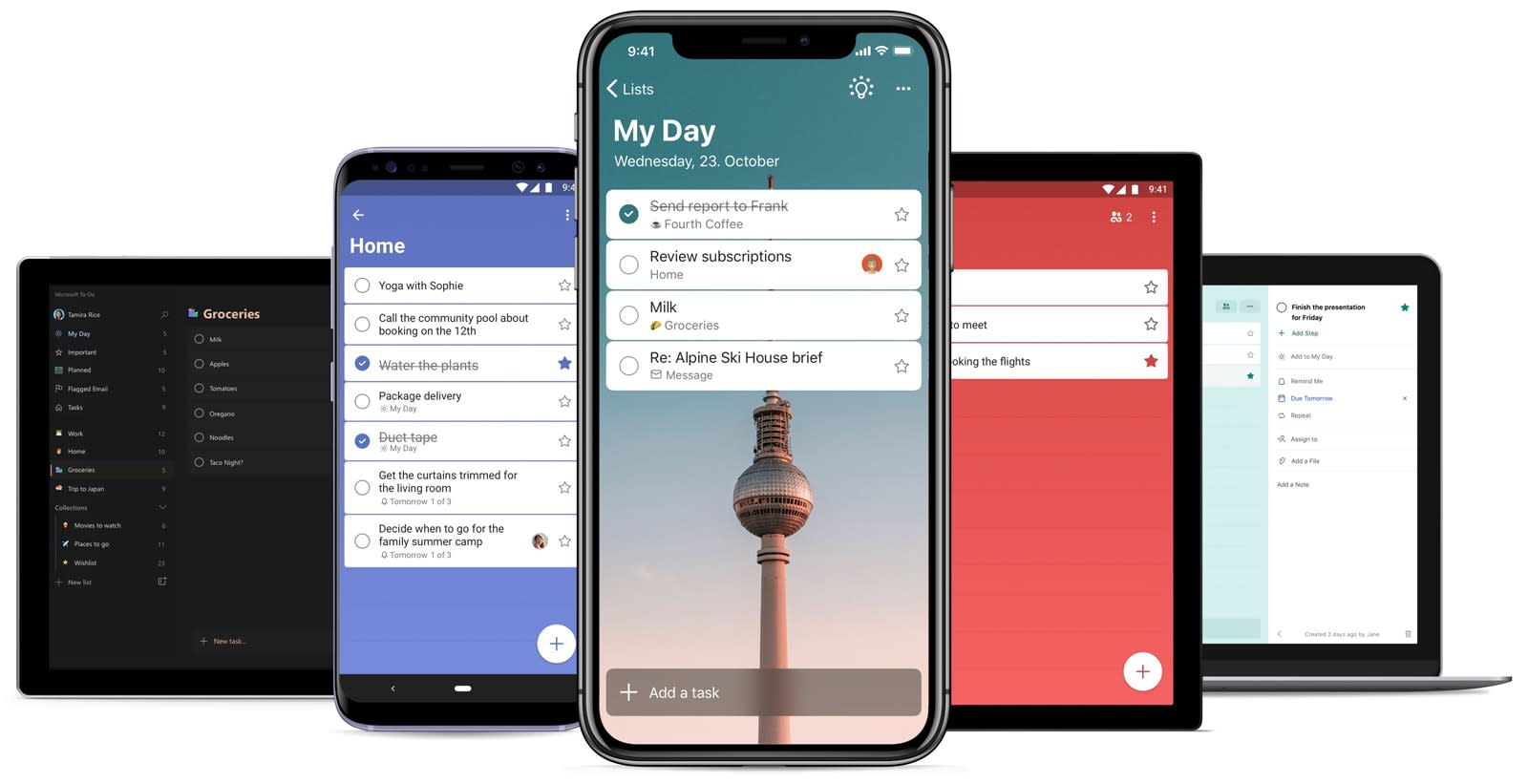 Microsoft is continuing its quest to replace Wunderlist with its entirely in-house offering. The software maker has unveiled a redesigned To Do app for desktop and mobile that both offers a fresher look and, crucially, tighter integration with Microsoft services. You can flag messages from Microsoft-based email accounts to send them to a dedicated task list, or check out an Assigned to Me list that plucks tasks from both shared lists and Microsoft Planner. Microsoft Launcher on Android touts To Do integration as well. And thanks to the Alexa-Cortana crossover, you can add tasks created on Echo speakers and other Alexa-powered devices.

The visual refresh, meanwhile, is more colorful and includes more personalization options such as custom backgrounds for each list. Microsoft is even making a not-so-subtle grab for Wunderlist users by offering the Berlin TV tower background from their app. You'll also find the seemingly inescapable dark mode option in the Android, Mac and Windows apps right now, with iOS adding the feature soon (presumably alongside iOS 13 and iPadOS).

Microsoft also promises better syncing that shares your lists across every platform, including Android, iOS, Mac, Windows and the web. Android and Windows users also have the option to switch between personal and work lists to change priorities when they leave the office. You can also expect multi-factor authentication to prevent someone from hijacking your agenda.

The redesign is available today. It's not certain that these features will be enough to make To Do a must-have -- in the past, we've recommended Wunderlist, Todoist and other apps instead. It does make the software more compelling, at least, and helps close the feature gap. The timing might not thrill everyone, though. The upgrade comes just two days after 6 Wunderkinder founder Christian Reber offered to buy Wunderlist from Microsoft to avoid the planned shutdown once To Do reaches feature parity. With the redesign, Microsoft is one step closer to that shutdown.

In this article: android, app, gear, internet, ios, mac, microsoft, microsoft to do, microsoft to-do, mobile, personal computing, personalcomputing, services, software, to do, to-do, video, windows, wunderlist
All products recommended by Engadget are selected by our editorial team, independent of our parent company. Some of our stories include affiliate links. If you buy something through one of these links, we may earn an affiliate commission.