A massive makeover for the League of Legends Pro League (LPL) in China.

At last, Nike has revealed its first professional jerseys for the LPL (League of Legends Pro League) in China. The shirts were unveiled on the last day of the LPL Summer Gauntlet, a post-season competition that decides which team will take China's third and final spot at the World Championship next month. FunPlus Phoenix (FPX), Royal Never Give Up (RNG) and reigning champion Invictus Gaming (IG) will wear their uniforms first while competing for the world title in Paris. All 16 LPL teams will then wear their jerseys from the start of the Spring Split next year. 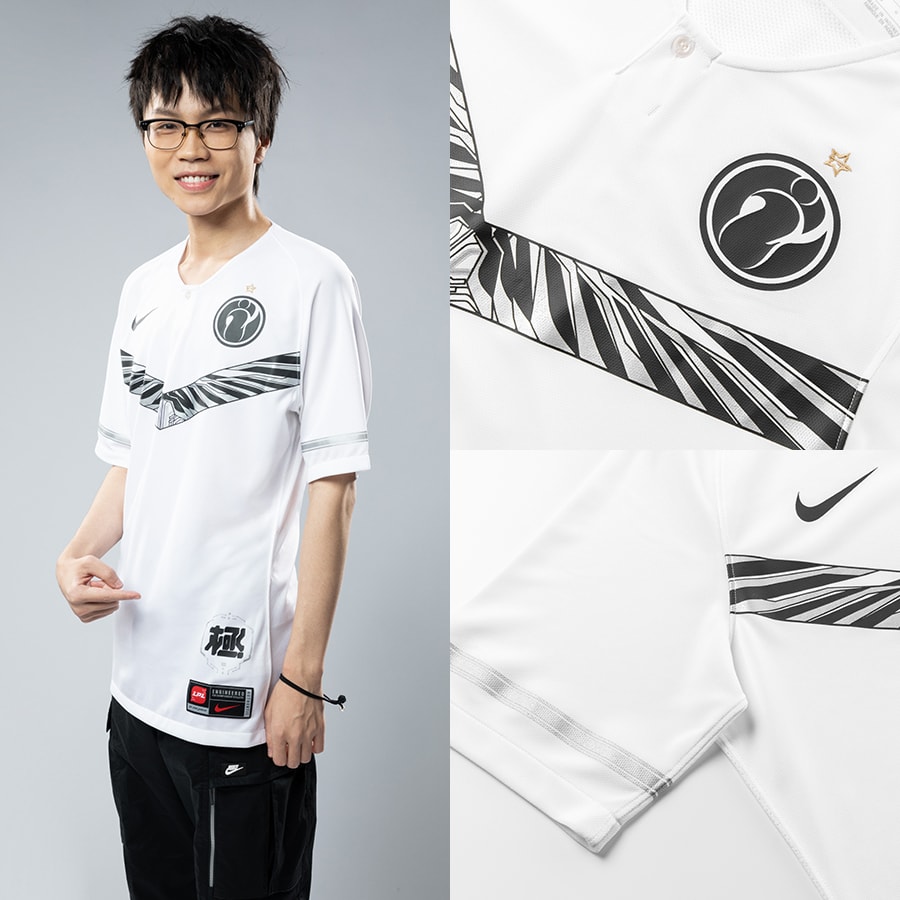 All of the shirts have a similar design. There's a V-shaped panel on the front, some sleeve highlights and a special, not-quite-crest illustration in the bottom right-hand corner, just above the box that proves each jersey is authentic. The jerseys also have a small visual flourish on the back, just below the neckline. IG, for instance, has two circular reticules that are supposed to represent the beginning and end of the team's most devastating attacks. All of the jerseys use Nike's "Dri-FIT" construction, too, to stop players getting sweaty while they furiously move their mice.

At the moment, every team in the LPL has a uniform littered with logos from various equipment suppliers and sponsors. The Nike jerseys, meanwhile, are effectively blank. It's not clear if the teams will be banned from pursuing sponsorships or have to conform to specific size and placement rules, similar to soccer and other conventional sports. We've reached out to League of Legends developer Riot Games for clarity. 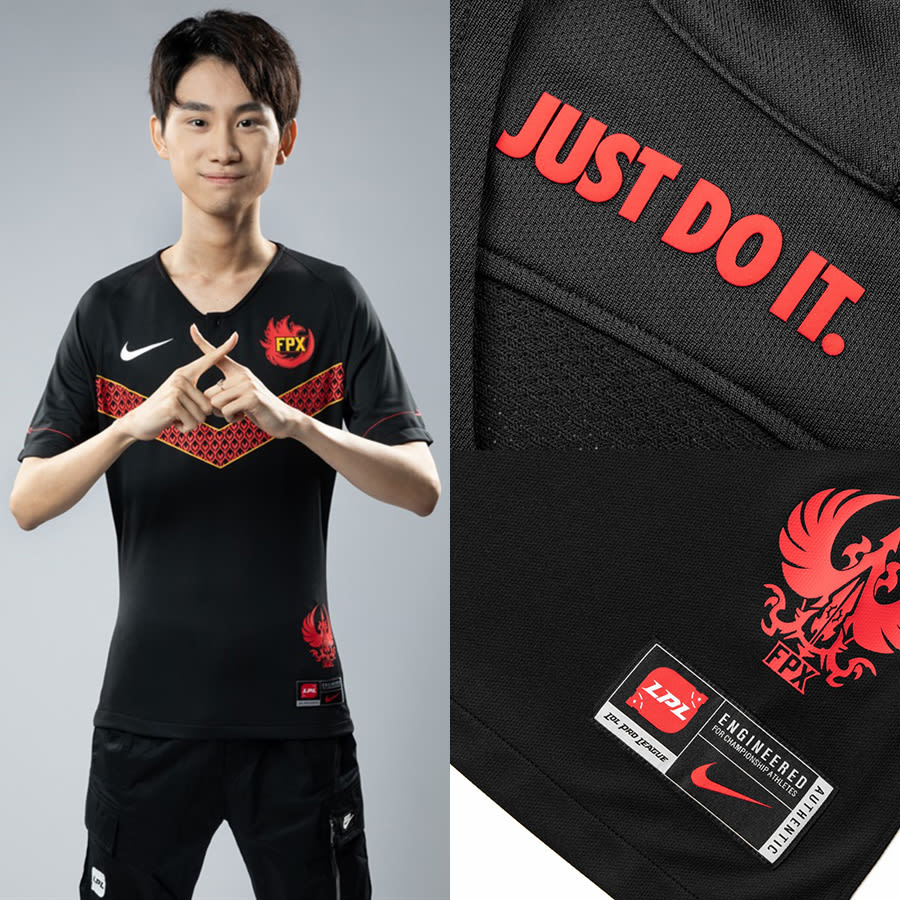 Nike announced its four-year deal with the LPL in February. As part of the deal, the company promised to analyze esports athletes and the possibility of custom body-training programs. Over the weekend, Nike released a documentary that focused on the health of RNG's superstar bot-laner Jian "Uzi" Zihao and Invictus Gaming jungler Gao "Ning" Zhen-Ning. Unsurprisingly, the company found that both players had excellent memory and hand-eye co-ordination but needed to improve their strength and flexibility. To help them, Nike developed a "step-by-step targeted training program" that will also be offered to every player in the LPL.

Nike has dabbled with esports before. The company recruited Uzi for a "Dribble &" marketing campaign with basketball superstar LeBron James last year. The four-year deal with the LPL is the first time it's formally sponsored an esports team or competition, though. The company joins a raft of apparel giants who are associated with League of Legends. Team Vitality, a prominent team in Europe, wears Adidas jerseys. Shalke 04, meanwhile, wears the same Umbro shirts as its soccer ball-kicking compatriots. And Cloud 9, one of the oldest and most successful teams in the North American LCS, has a deal with Puma at the moment. 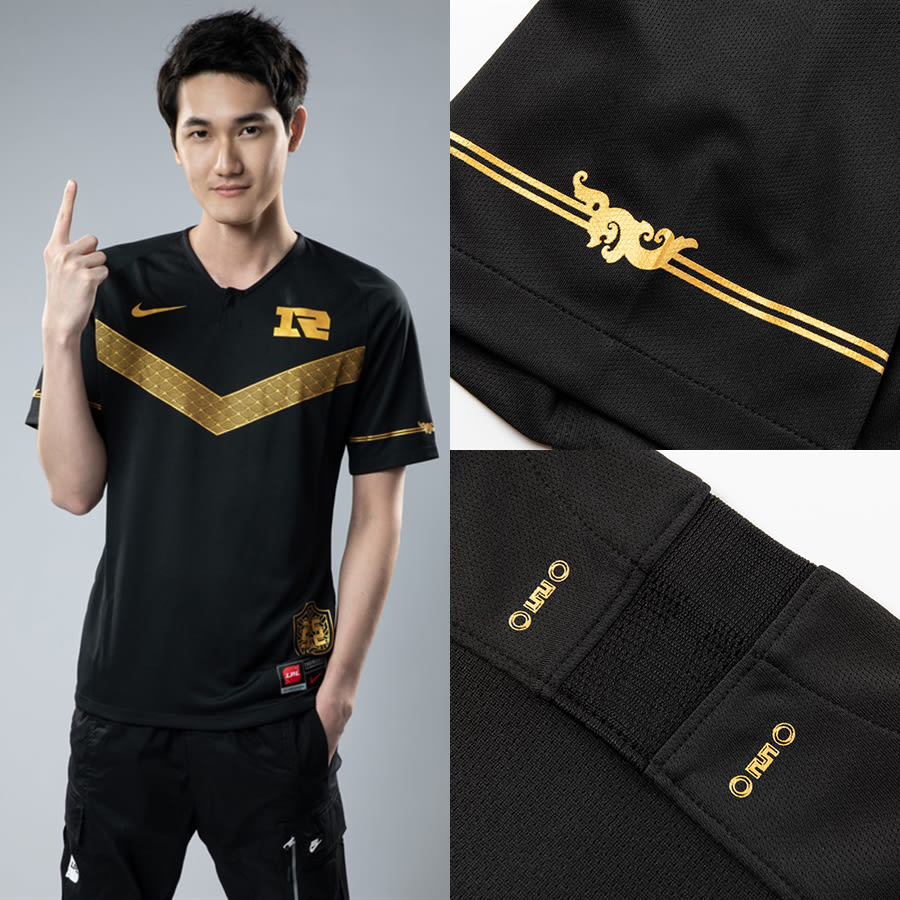 Royal Never Give Up
All products recommended by Engadget are selected by our editorial team, independent of our parent company. Some of our stories include affiliate links. If you buy something through one of these links, we may earn an affiliate commission. All prices are correct at the time of publishing.