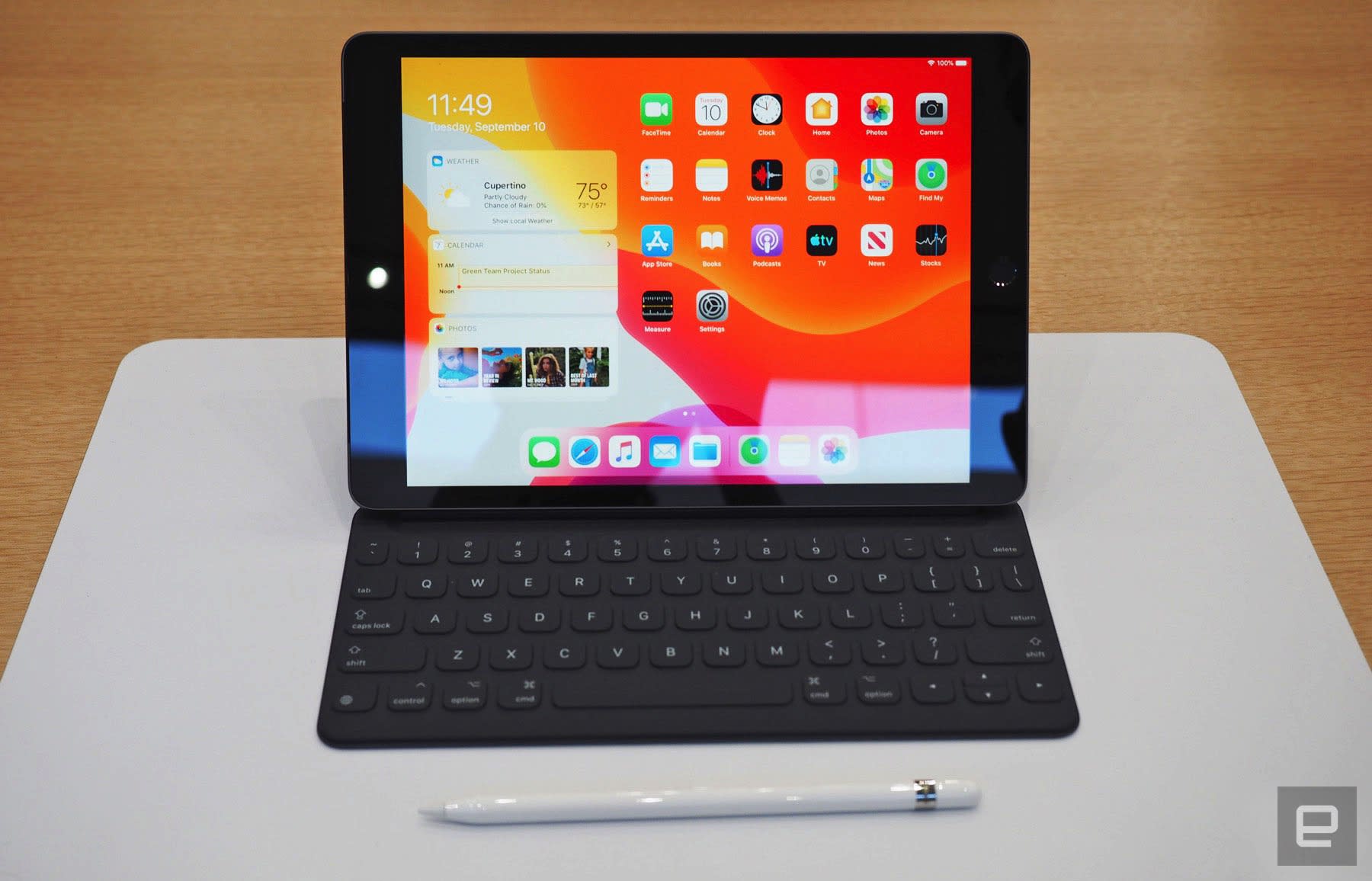 It didn't receive much lip service at today's keynote, but Apple has unveiled a new 10.2-inch iPad, the seventh generation in the company's long line of tablets. This also means Apple has axed the last 9.7-inch model, a size that once defined the iPad line. Like the device that it replaces, this new 10.2-inch tablet supports Apple Pencil input, though that writing implement continues to be sold separately. 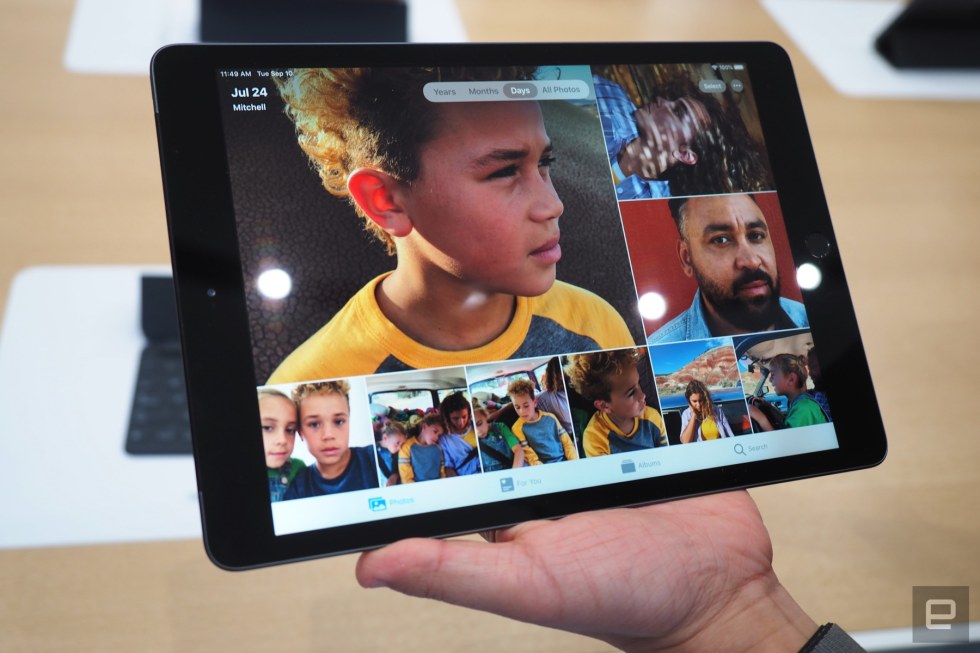 This time, though, the entry-level iPad also gets Apple's Smart Connector, allowing you to snap on Apple's $159 keyboard folio, also sold separately. In my brief demo, I was most struck by how bright the screen is. At 500 nits it doesn't compare to a new flagship iPhone (one device announced today tops out at 1,200 nits), but I'm old enough to remember when 500 nits was the spec on high-end notebooks. This is a $329 tablet, cheaper than even most low-end laptops.

The new iPad is up for pre-order today, with shipments starting September 30th. As stated, it starts at $329, but if you want LTE too, then the base price goes up to $459. All told, built-in storage ranges from 32GB to 128GB.

In this article: 7th gen, apple, Apple Pencil, gear, hands-on, iPad, iPadOS, iphone2019, mobile, Pencil, stylus, tablet
All products recommended by Engadget are selected by our editorial team, independent of our parent company. Some of our stories include affiliate links. If you buy something through one of these links, we may earn an affiliate commission.