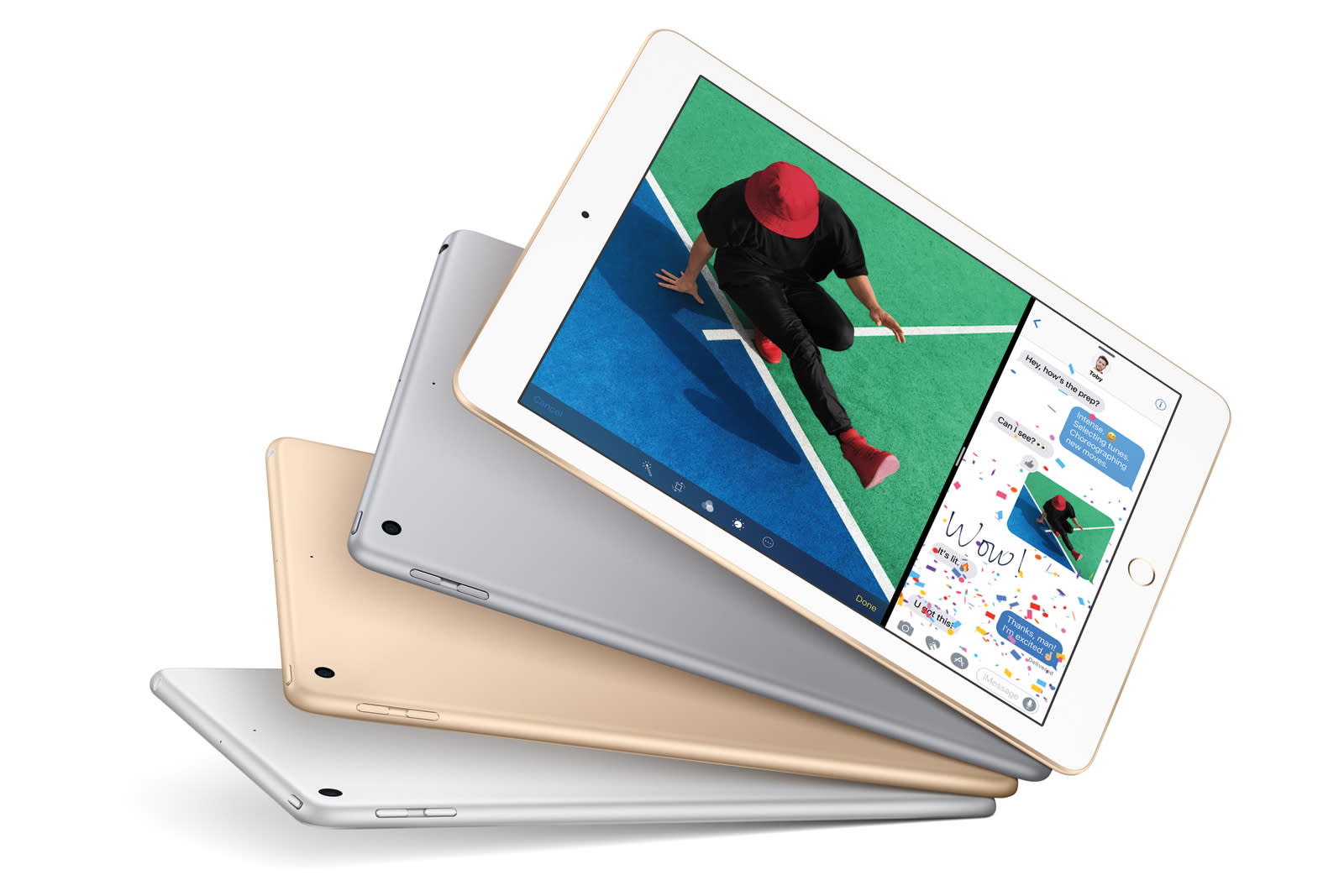 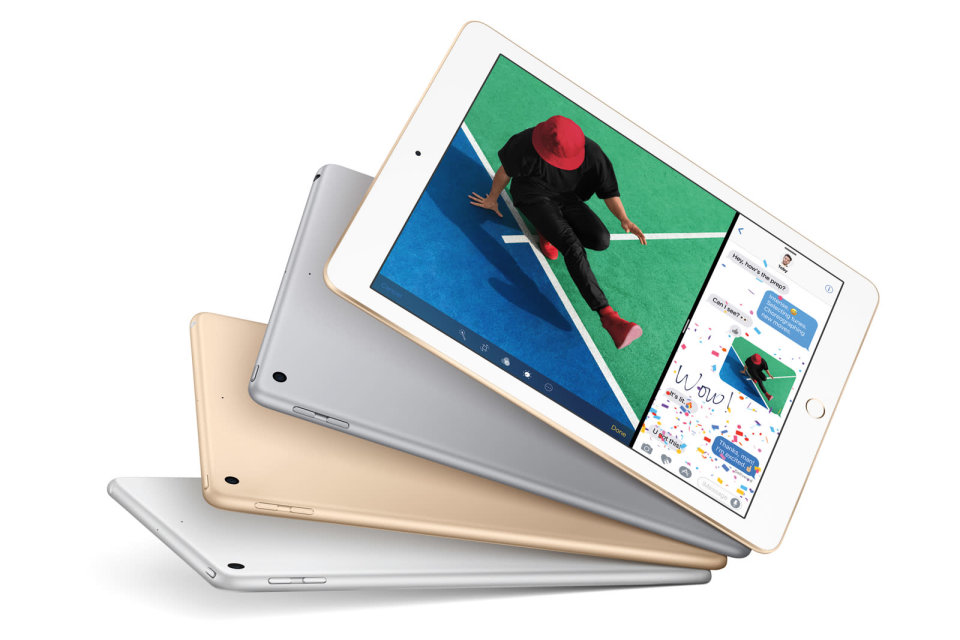 Apple just simplified its tablet lineup in a big way. The company has introduced a new 9.7-inch iPad -- not the Air 3, just... iPad. The new model will seem extremely familiar on the outside, but there are a bunch of notable under-the-hood upgrades. You'll find a slightly older but still speedy A9 processor inside instead of the Air 2's aging A8X chip, and Apple has doubled the capacities to give you either 32GB or 128GB of storage. (Sorry, no 256GB option here.) This new mid-size model also touts a brighter display, although the resolution is unchanged at 2,048 x 1,536.

The cameras remain the same, for better or worse, with an 8-megapixel shooter on the back and a 1.2MP FaceTime cam at the front.

For most, the biggest deal may simply be the price. The upgraded iPad is available on March 24th, starting at $329 for the 32GB WiFi version, and $429 for the 128GB model ($130 more will get you an LTE variant of each). That's the lowest starting price yet for a mid-size iPad, and it's clear that this is the new budget option. In fact, Apple has gone so far as to make the iPad mini 4 more expensive: It's now available with 128GB of storage only for $399, and there's no iPad mini 2 to pick up the slack. Apple clearly feels that 9.7 inches represents its mainstream size going forward.

Update: After a careful look at Apple's iPad comparison page, we've found the new iPad's Achilles' heel. Its screen isn't laminated to the glass and doesn't have the anti-reflective treatment found on the screen of every other iPad. The iPad Air 2, by comparison, had a fully-laminated screen, which removes a visible gap between the display and the glass cover. If you've used a device with a laminated screen (which includes most phones out there now), the notion of going backwards there isn't promising.

Indeed, as a device that is basically meant to be a giant window to the internet, skimping on the screen here is a bummer. The new iPad's price point is still excellent, but there's no doubt this is a budget iPad compared to the Pro.

In this article: apple, gear, ios, ipad, mobile, tablet
All products recommended by Engadget are selected by our editorial team, independent of our parent company. Some of our stories include affiliate links. If you buy something through one of these links, we may earn an affiliate commission.