Honda's E electric car is officially here and the production model has kept nearly all the charm and gadgets of the original concept. At the same time, Honda has unveiled pricing and specs for the urban EV, and that's where things get interesting.

As the company revealed last week, the Honda E will be available in Europe (and not the US, I'm sorry to say) with a 137-mile range, making it more of a city runabout than a highway cruiser. That's down to a smallish 35.5 kWh battery, making it more competitive with EVs like the Renault Zoe than the Tesla Model 3. The Honda E supports chargers up to about 75 kW (Honda didn't say exactly how much) that will let you charge from 10 to 80 percent in about 30 minutes.

For urban and suburban use, it should be a kick to drive. The Honda E's electric motor delivers up to 152 horsepower and 232 foot-pounds of torque, meaning it should accelerate like a demon given the EV's small size. If you're looking more for economy, it'll also come in a cheaper 134 horsepower flavor that will still be relatively quick.

Inside, the E will be a futuristic car, as Honda has managed to retain most of the fun stuff from the original concept. Rather than side mirrors, it will have a camera mirror system with two six-inch screens mounted (legally for the US) at the extreme left and right side of the EV. That's a first "in the compact segment," Honda said in a press release, and gives the car smoother lines, better aerodynamics and an improved driver field of view. 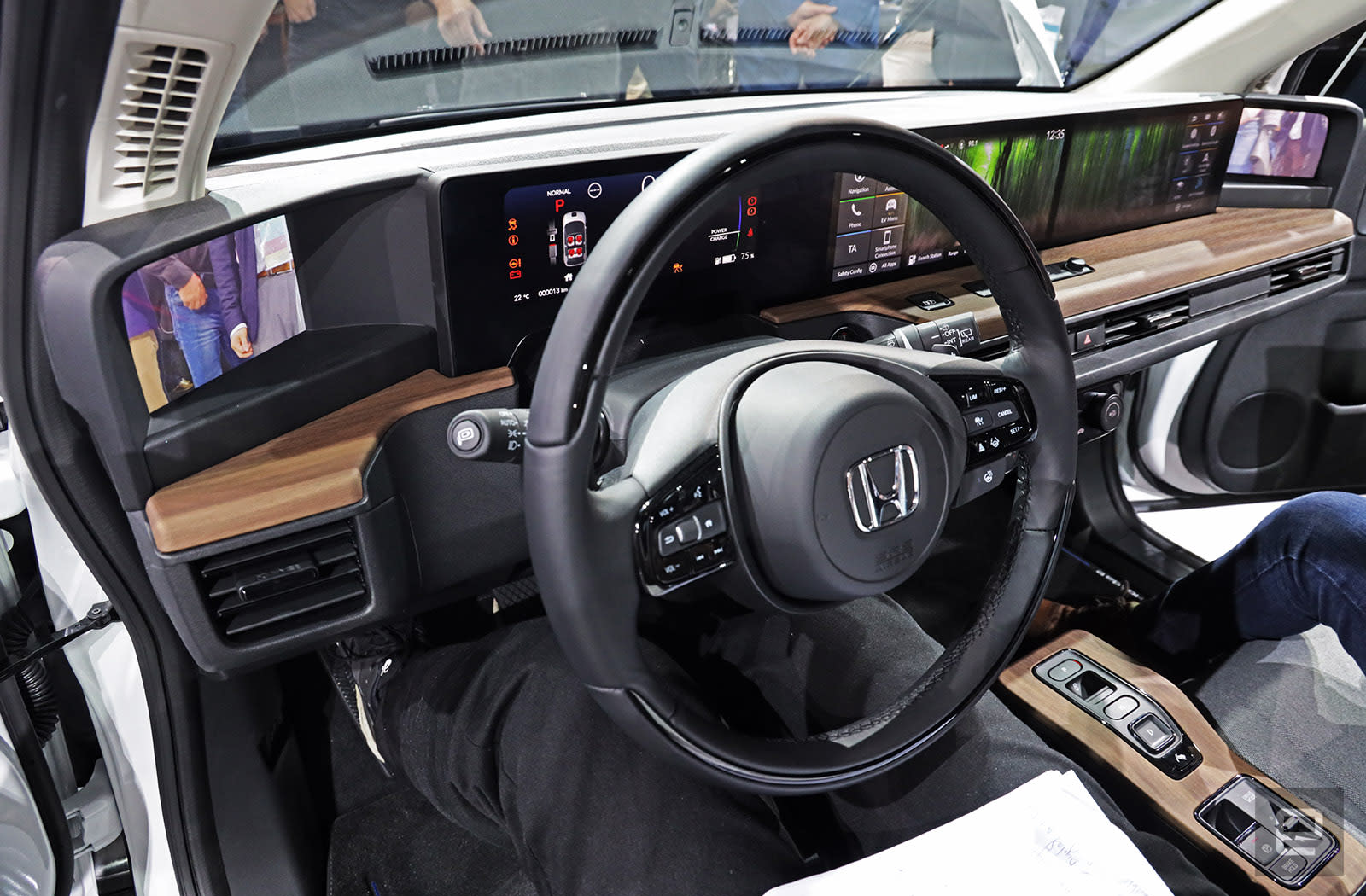 Other features carried over from the concept include the flush pop-out door handles and a five-screen, full-width digital dash. That includes dual 12.3-inch LCD touchscreens in the front that act as primary infotainment displays. It's also equipped with Honda's Personal Assistant that will let you control certain functions by saying "OK Honda." You'll also get the My Honda+ smartphone application, with features like charging point navigation, remote climate control and vehicle condition reports.

Honda is demanding a bit of a premium for what is essentially a city runabout, given the battery size. It's no doubt hoping that the buyers will be attracted to the cute styling and futuristic tech, but there's a reason that both Renault and Nissan increased battery life over the last few years. Still, there's a ton of public interest in this car, so a lot of people will be very interested in how it sells when it orders open in early 2020. The Honda E will start to ship later in summer 2020. 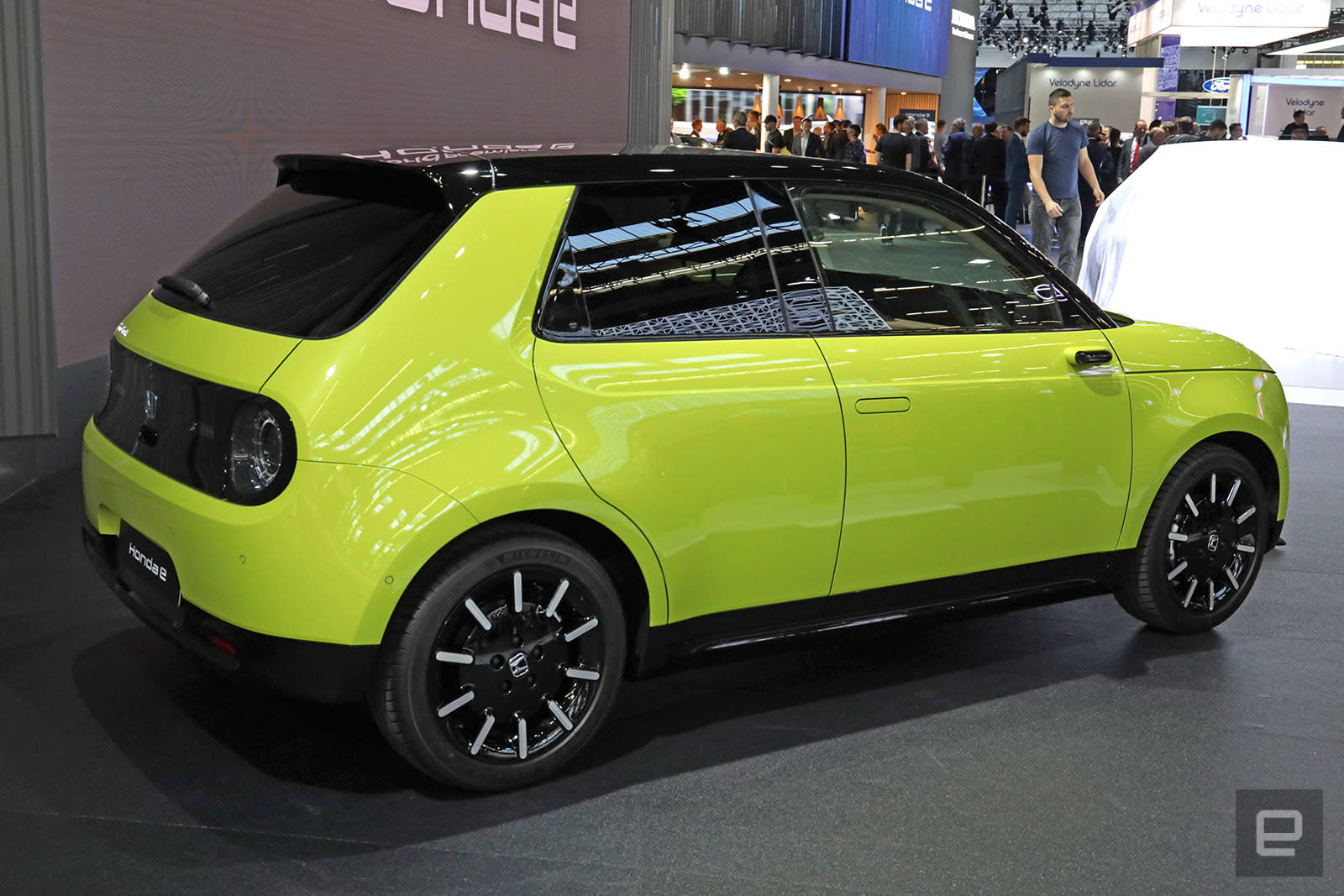 Update 10/9/2019 9:27 AM ET: The post has been updated to show pricing before and after UK government rebates.