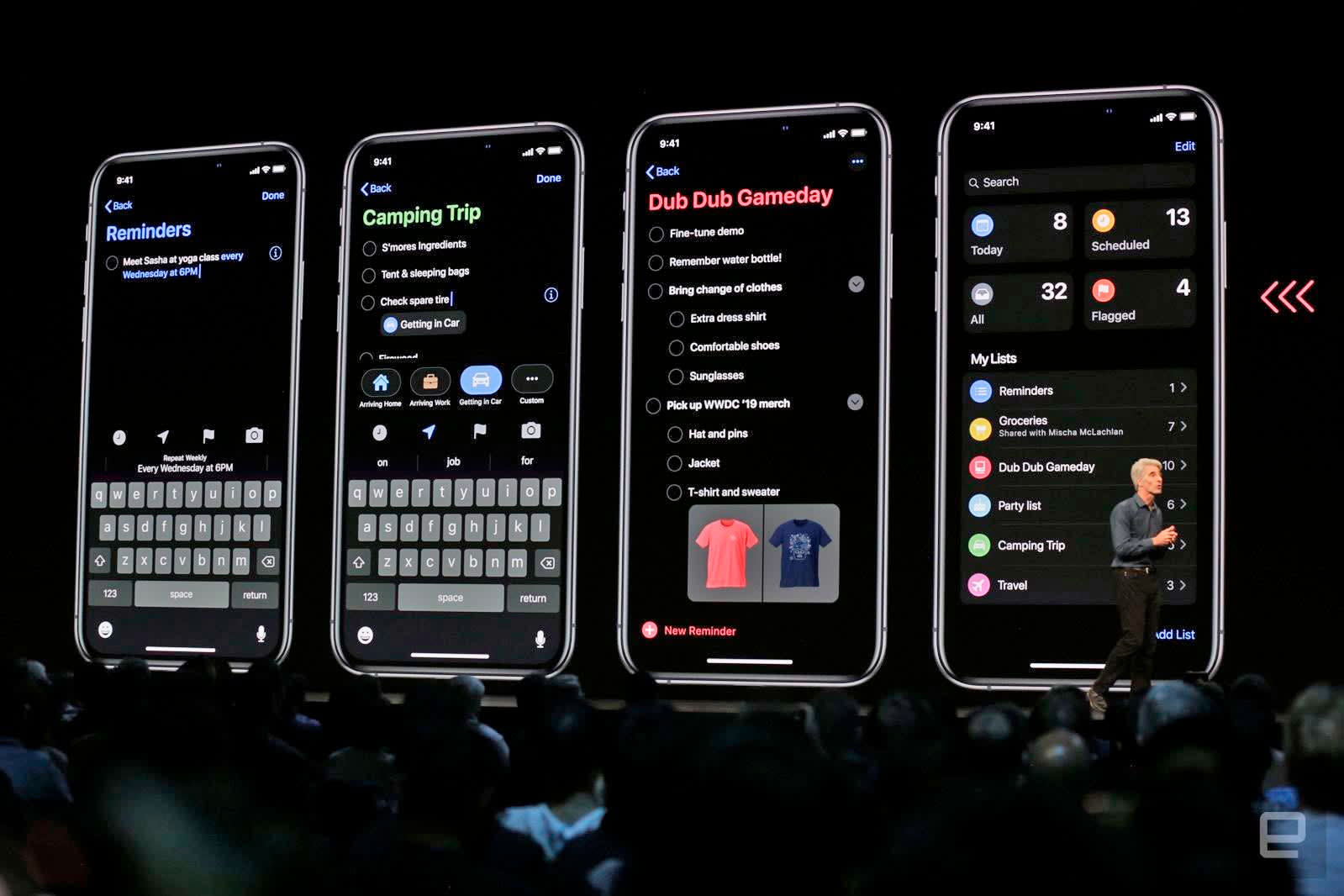 As usual, a new version of iOS will come along with the next iPhone. iOS 13 was introduced back at WWDC in June, but now we know that it'll arrive on September 19th, one day before Apple releases its latest iPhones, the iPhone 11, iPhone 11 Pro and iPhone 11 Pro Max.

As the company showed off at WWDC, iOS 13 will include a variety of performance improvements, UI tweaks, updates to core apps and more. Perhaps most immediately obvious will be the heralded dark mode, something that hit Android last week too. It works across all built-in Apple apps, and third-party apps that include a dark theme should respond to the global setting. Apps like Reminders, Maps, Notes and Photos are all getting major changes, and Siri should sound a lot more natural than it did previously. As for performance, Face ID unlocks should be 30 percent faster, and apps are said to open about twice as fast as before.

If you're looking for iPadOS, though, you'll need to wait a little longer -- it doesn't drop until September 30th.

In this article: apple, gear, ios13, iphone2019, mobile, services
All products recommended by Engadget are selected by our editorial team, independent of our parent company. Some of our stories include affiliate links. If you buy something through one of these links, we may earn an affiliate commission.