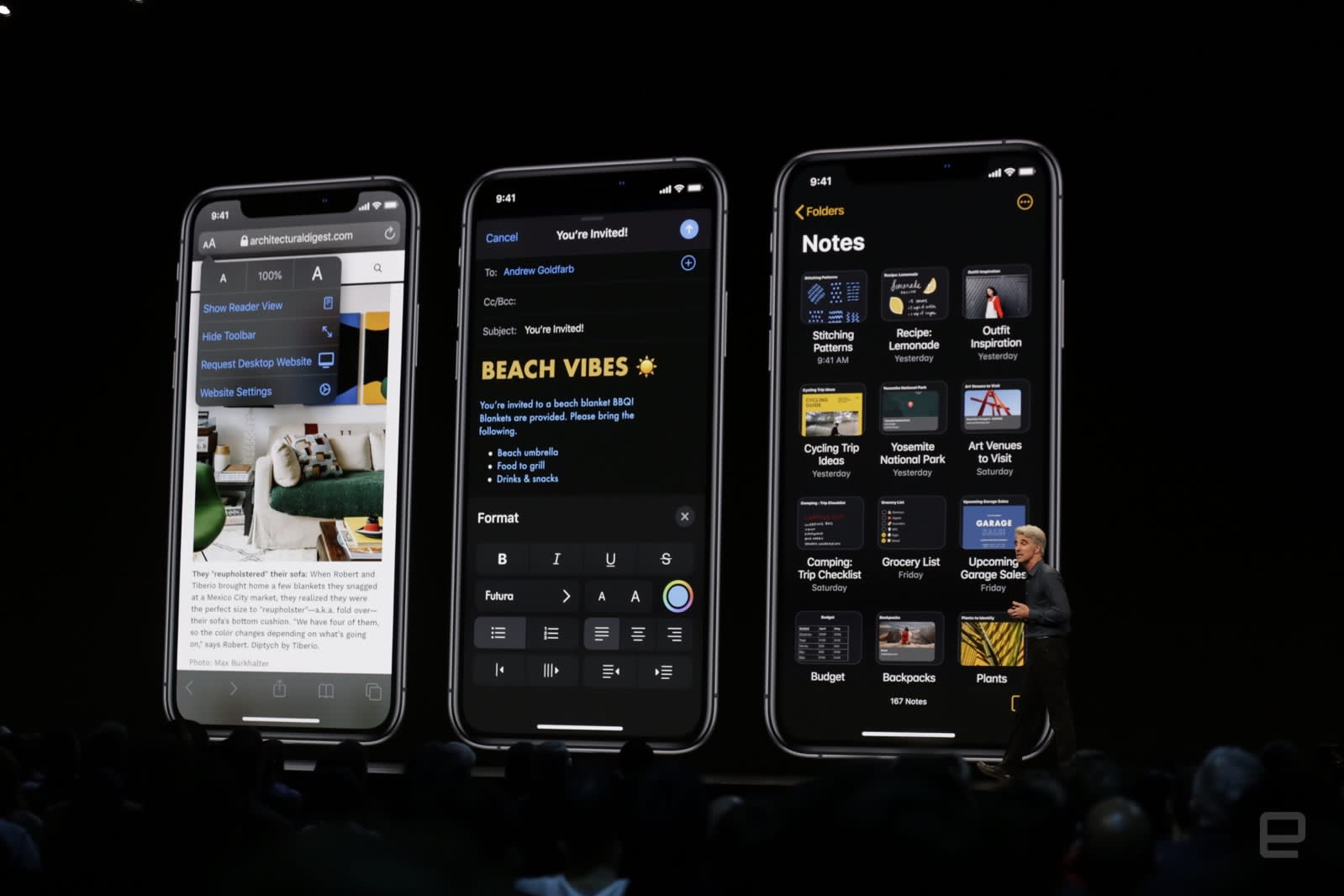 iOS is Apple's most important piece of software, and as such the company is kicking off WWDC 2019 with a first look at iOS 13. Apple's senior VP of software engineering Craig Federighi is taking us through the new software -- and while last year's update focused largely on performance, it sounds like iOS 13 will include a ton of user-facing features and updates to Apple's own apps.

That said, Federighi kicked things off by touting improved performance in iOS 13, as well. Face ID unlocks will be 30 percent faster. Apple is also changing how it packages apps -- downloads will be 50 percent smaller, while updates will be 60 percent smaller. An even bigger deal is that apps will launch about twice as fast, which could be a seriously notable improvement for everyone.

Apple quickly moved on to what's iOS 13's most-expected feature: dark mode! (It's such a big deal that it even got its own video.) As you'd expect, the interface changes everywhere across the OS, including your widgets and keyboard. And Apple slipped in a new keyboard feature at the same time during the dark mode demo: there's a swipe-able keyboard just as Android has had for years now.

In this article: apple, breaking news, dark mode, gear, iOS 13, ios13, mobile, wwdc2019
All products recommended by Engadget are selected by our editorial team, independent of our parent company. Some of our stories include affiliate links. If you buy something through one of these links, we may earn an affiliate commission.