Opel's Corsa-e is an alternative to VW's ID.3 EV

Both cars will only be available in Europe.
I. Bonifacic|09.10.19
@igorbonifacic

Not one to let fellow German automaker Volkswagen steal the spotlight, Opel took to the IAA Frankfurt International Motor Show to announce its first EV, the Corsa-e. We've known about the existence of this vehicle since May, but on Tuesday the automaker finally detailed what consumers can expect from the Corsa-e. 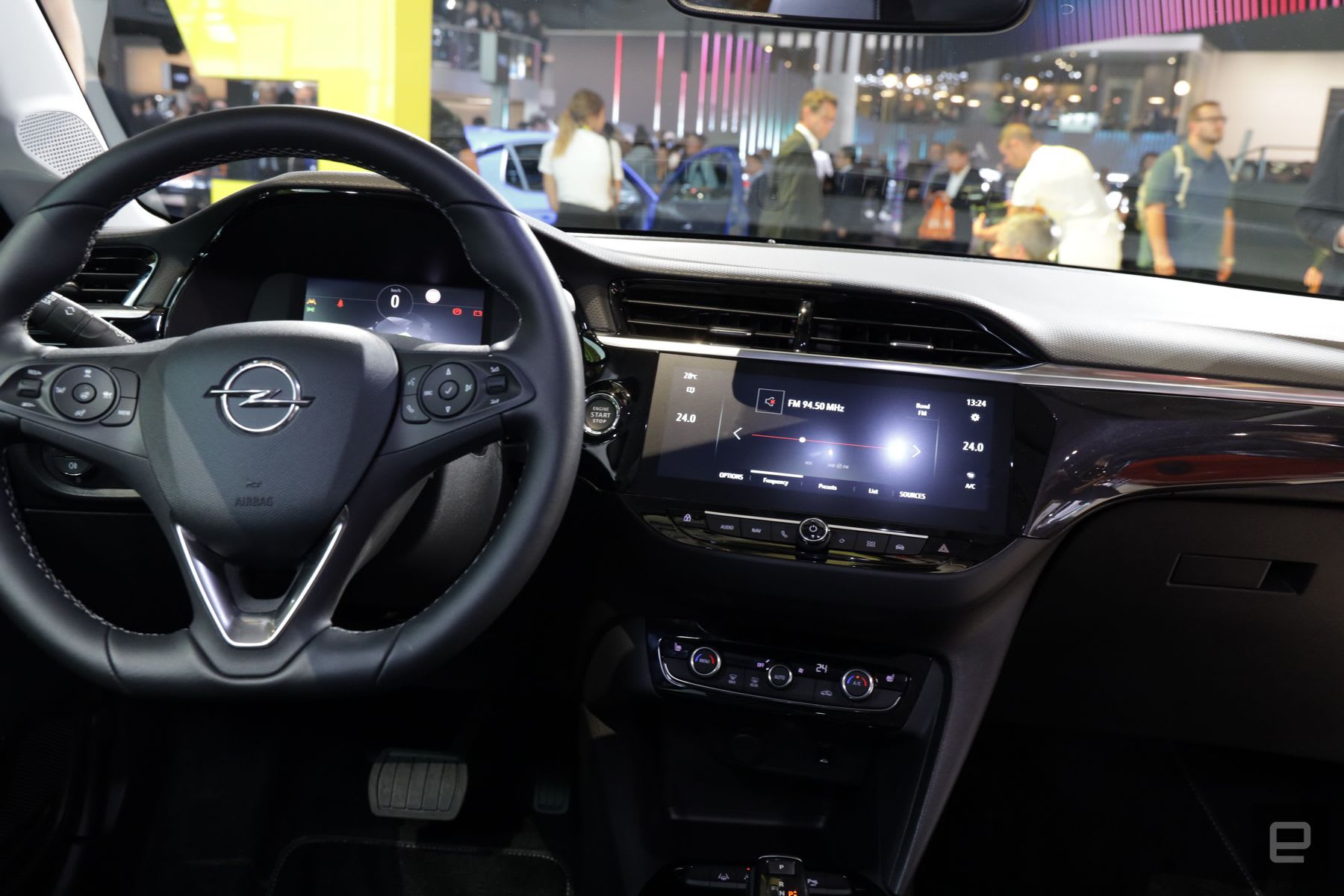 Instead of designing an entirely new chassis, Opel adopted its popular supermini model, which the automaker first introduced way back in 1982, to create its first EV. The new car features a 50kWh battery with 100kW output, which translates to about 136 horsepower in traditional gasoline terms. Opel guarantees the battery pack for eight years and says it can deliver a maximum range of 330km -- or approximately 205 miles -- per the WLTP standard. With 50kW fast charging, the Corsa-e is able to get 62 miles of range in about 19 minutes. If those specs sound familiar, it's because the Corsa-e features the same battery (and €29,900 starting price tag) as the Renault Zoe. It also shares the same e-CMP platform as the Peugeot e-208. Those specs position the Corsa-e as a direct competitor to the $30,000 base model Volkswagen ID.3.

In addition to showing off the Corsa-e, Opel detailed its future EV plans. By 2024, the automaker says it plans to transition its entire lineup to electric. With its most popular consumer-facing model now fully electric, next to get the EV treatment is the company's Vivaro van in 2020, followed by the Combo Life, Combo Cargo and Zafira Life in 2021. Unfortunately, the company's first EV isn't coming stateside.