The company will trial the system in France next year.
R. England|09.11.19
@rachel_england

Deezer wants to launch a payment structure that more fairly rewards creators for their music. If the company can get the necessary rights holders on board, it intends to launch a user-centric payment system (UCPS) as a pilot in France early next year, with a global rollout to follow if all goes to plan.

At the moment, all Deezer subscription fees get put into a giant pot, and artists are paid based on the percentage of listens they get. Under Deezer's proposed UCPS, your subscription fee goes only to the artists you listen to. The graphics below help clarify things. This is what the system currently looks like: 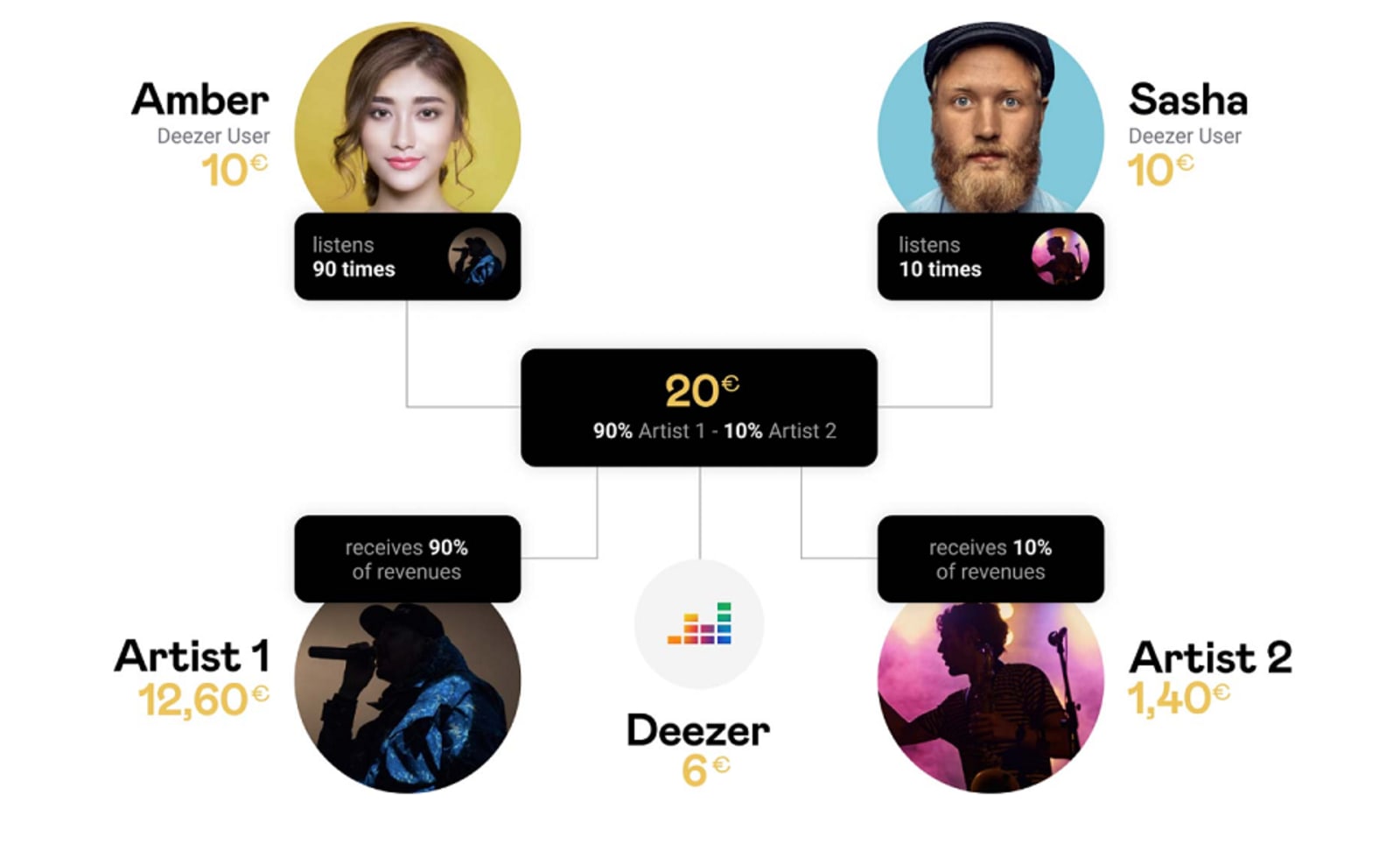 And this is what it would look like under Deezer's proposed UCPS: 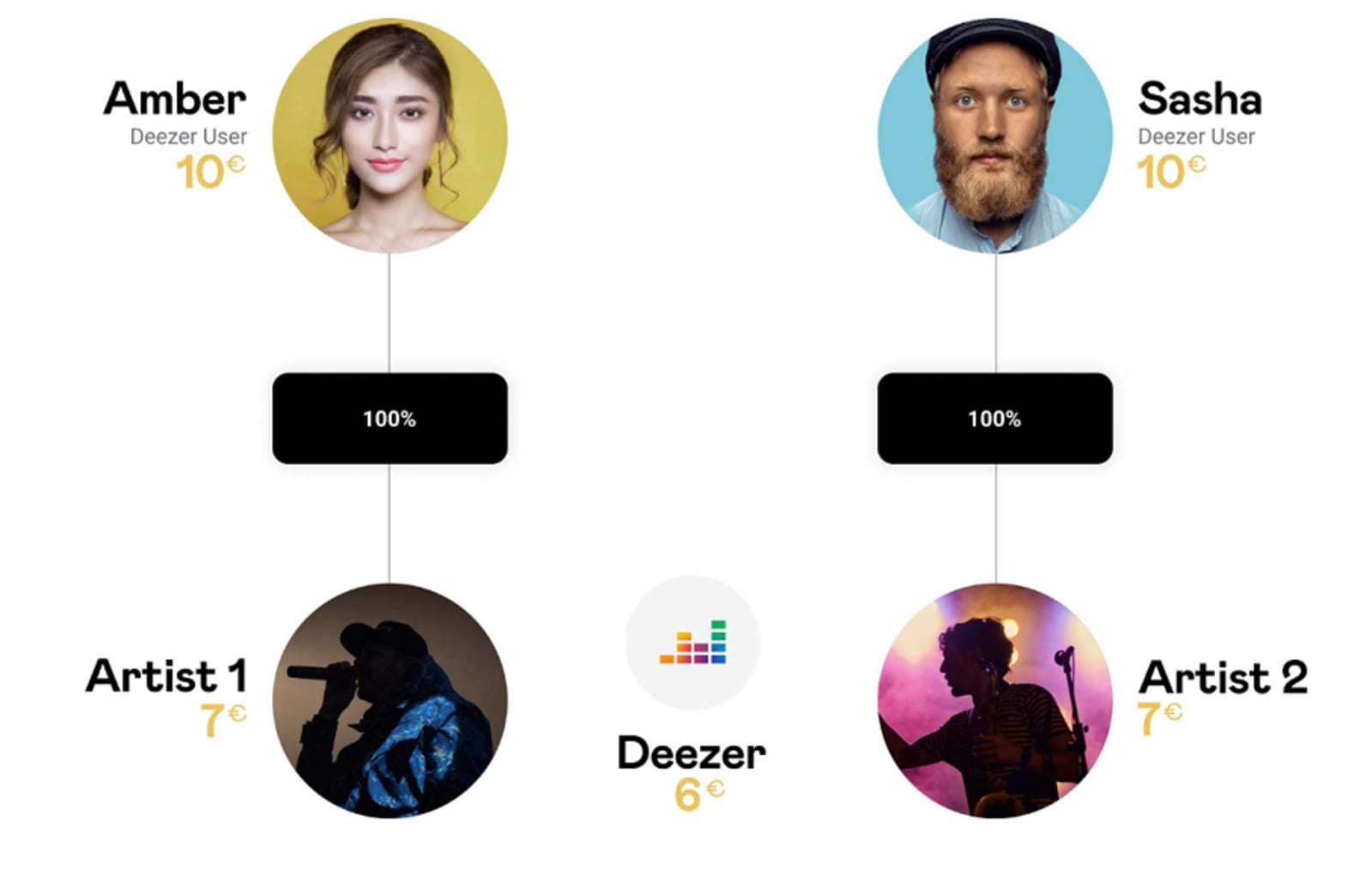 According to the company, it already has a "technical solution" in place for the system, and it doesn't require any significant investment. Deezer just has to get the right people involved -- over 40 labels have already agreed to the UCPS, although none of them are the industry's biggest players.

Deezer says the system could help artists currently at the lower end of the revenue spectrum earn up to 30 percent more, while top streaming artists could end up earning 10 percent less. It could also help to eliminate -- or at least significantly reduce -- streaming fraud from bots, as the system would only share the revenue from that particular bot account.

Deezer also claims its UCPS would help fix distortion on the charts caused by younger listeners, as the 18-25 year old market represents 19 percent of all subscribers, but generates 24 percent of total royalties. To help encourage momentum around the new approach, the company has launched a #MakeStreamingFair social media campaign, as well as a dedicated website that goes into greater detail about what makes the new model the right choice for artists and listeners alike.