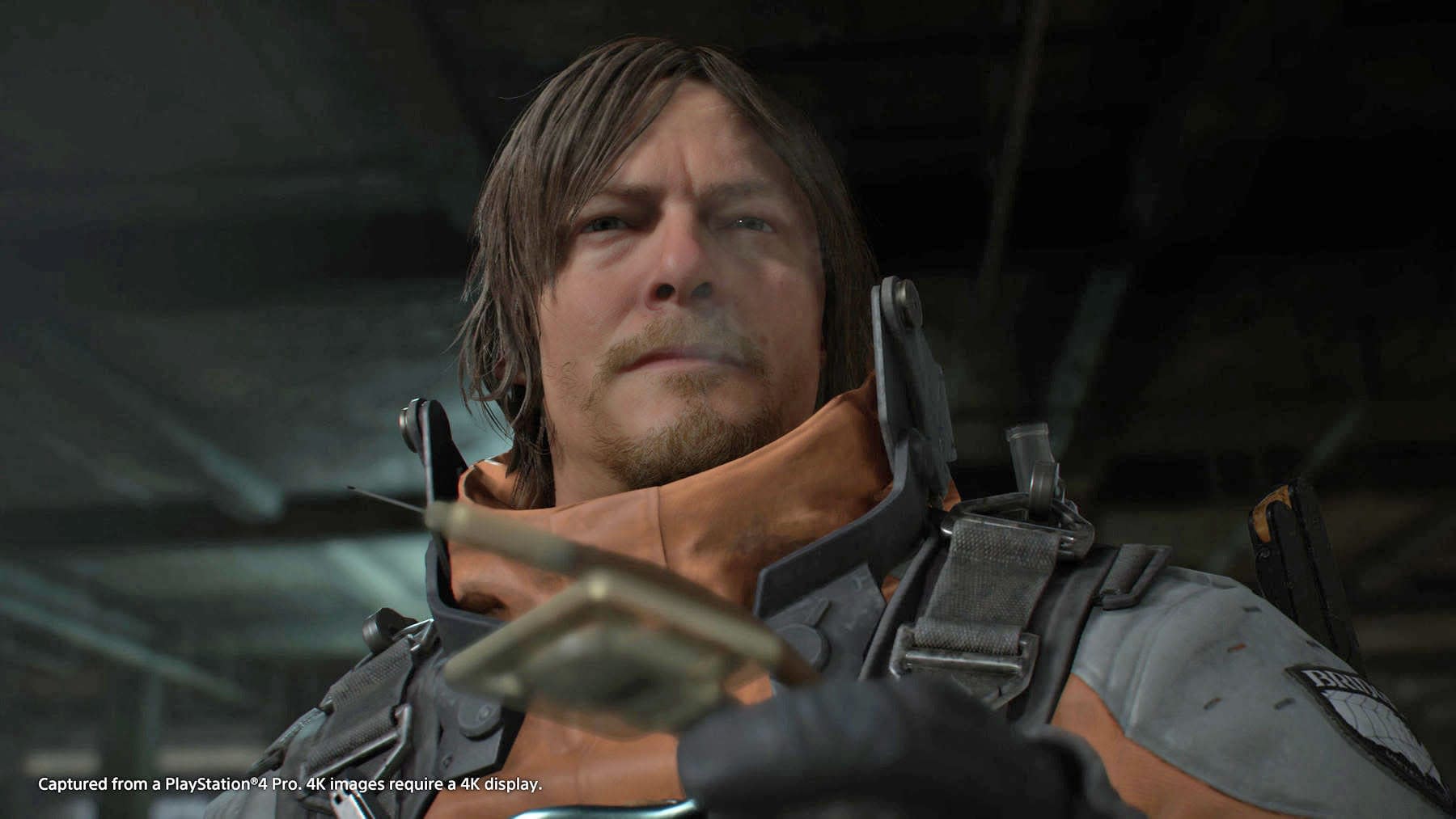 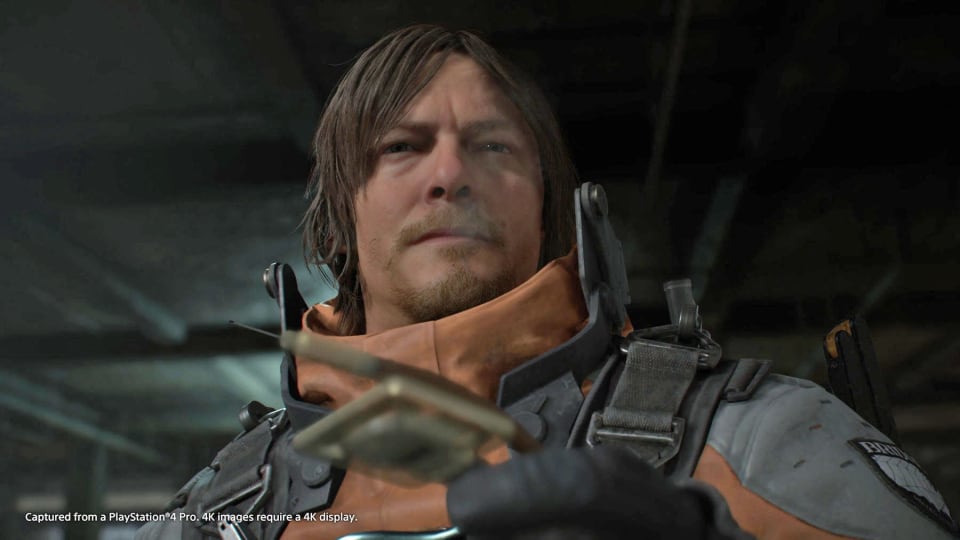 What exactly is Death Stranding? Thanks to a deep dive at Tokyo Game Show, we're finally able to answer -- or at least, better answer -- that long-standing question. The 48-minute presentation showed Sam Bridges, played by Walking Dead star Norman Reedus, wandering through more of director Hideo Kojima's eerily quiet world. But this time, we got to see a whole bunch of RPG and exploratory mechanics for the first time. These included the menu screen for picking up orders, fabricating equipment and stacking cargo on Bridges' back. Everything has a weight cost, so you'll have to carefully decide what, and where, to equip before heading out.

The video showed Bridges bringing up a map, setting custom waypoints and then attempting -- with difficulty, sometimes -- to complete the route. One sequence, for instance, showed him wading into a river and getting swept off his feet by the current. (It turns out Bridges can tread water pretty well.) Others involved expandable ladders -- we've seen those before -- and climbing rope. In quieter moments, the hero can also sleep, massage his shoulders and play the harmonica to entertain his 'bridge baby.'

You will eventually acquire a floating carrier, the video revealed, which can be used to transport boxes or Bridges himself. That's right -- you can hop on and use the gizmo as a hoverboard in Death Stranding. When you're not impersonating Marty McFly from Back to the Future Part II, you'll be completing deliveries that end, it seems, with a thankful note or call from a hologram resident. The interactions are broadly similar to the Geoff Keighley cameo shown at Gamescom last month. For now, it's not clear if these are merely side quests or integral to push the main storyline across.

What is clear, however, is that Death Stranding will have some infrequent but terrifying combat encounters. Today's video showed Bridges fighting some goons in yellow suits and, later, the shadow-y 'BT' figures that have featured in many of the game's cinematic trailers. You'll have to pick between fight and flight, it seems, and occasionally abandon your cargo to ensure that Bridges is agile enough to thwart or flee from his opponents.

If that wasn't enough, developer Kojima Productions has also released an 8-minute 'Briefing Trailer' today, which clarifies some of the basic plot points and why Bridges needs to make so many deliveries across the US:

Death Stranding is a curious project. We've seen so much of the game now, including the various characters played by Hollywood talent such as Mads Mikkelsen and Léa Seydoux. Various videos have revealed the moment-to-moment gameplay, too, which seems to be quite serene and focus on long-distance exploration and traversal, rather than guns-blazing dystopian future combat. But we still have so many questions. Thankfully, Sony has another two Death Stranding panels lined up for Tokyo Game Show. The first, scheduled for tomorrow, will show some more gameplay, while the second, planned for Saturday, will be a chat with the Japanese voice cast.

In this article: art, death stranding, gaming, hideo kojima, kojima productions, tokyo game show
All products recommended by Engadget are selected by our editorial team, independent of our parent company. Some of our stories include affiliate links. If you buy something through one of these links, we may earn an affiliate commission.