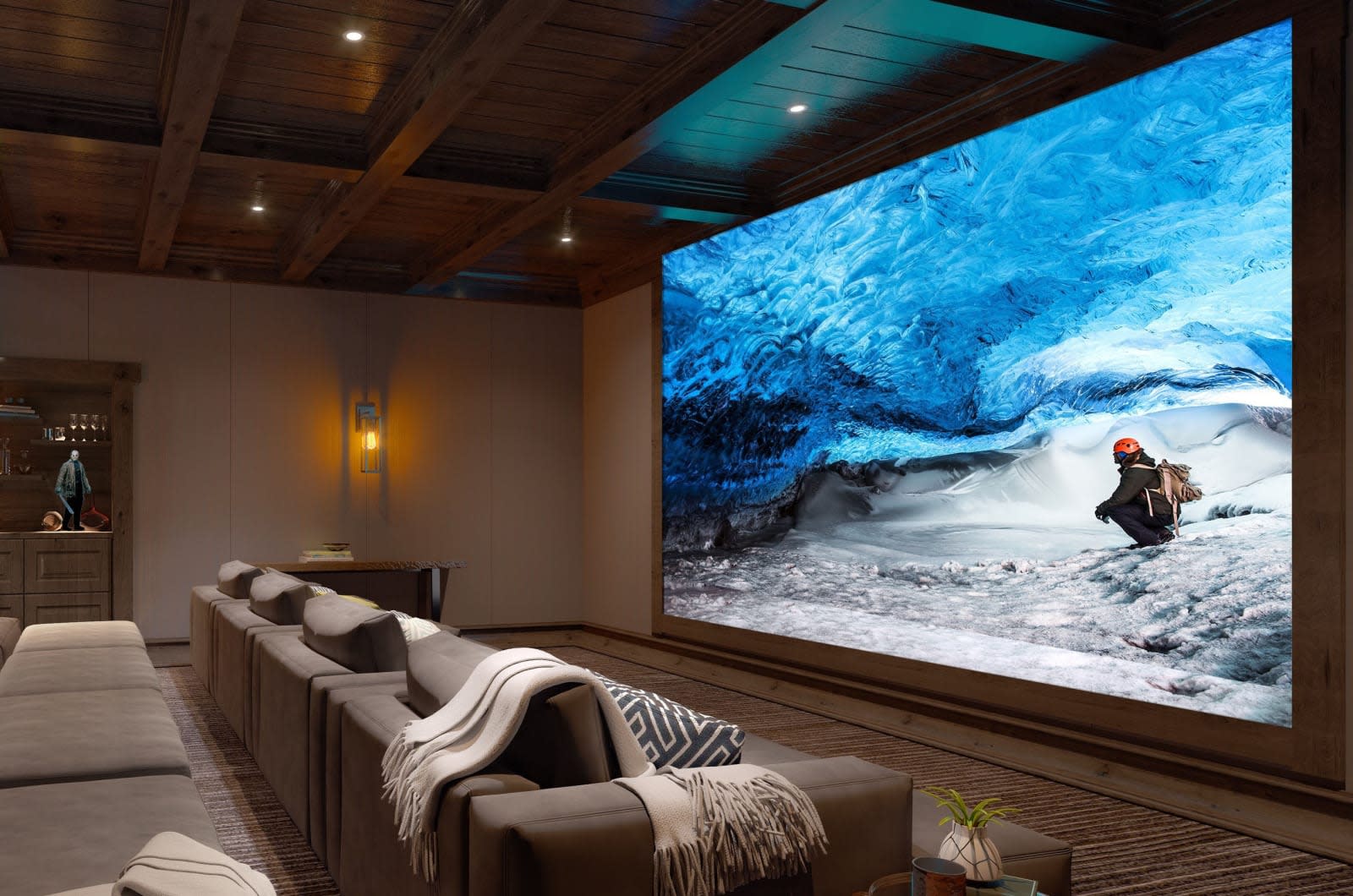 Sony recently unveiled its Crystal LED screen for cinema exhibitors, but it has now announced that the tech will be available to consumers, as well. It will be selling the screens through specially trained and certified dealers in sizes up to 63 feet wide at 16K resolution, but unless you're a one-percenter, you probably won't be able to afford it.

Much like Samsung's Cinema LED (Onyx) system, Sony's Crystal LED tech uses micro-LED modules, each 16x18 inches in size at 360 x 360 resolution with three tiny LEDs for each pixel. The technology works like OLED, but is much brighter, allowing for extremely high 1,000 nit brightness, 10-bits of grayscale, very accurate color reproduction (140 percent of sRGB) and "spectacular" 3D, as Sony described it.

It sounds a bit like putting together Lego, except that each "block" reportedly costs around $10,000. That means the 4K screen would run around $720,000, while the 16K unit would cost you a whopping $5.8 million.

To be fair, if you have space for a 63 foot wide screen, there's a good chance you have enough cash to pay for one. Sony didn't say when the Crystal LED tech go on sale, but it will be showing off the tech at the CEDIA expo in Colorado.

In this article: 10-bit, 16K, av, CEDIA2019, CinemaLED, CrystalLED, gear, HDR, HomeTheater, Professional-grade, sony
All products recommended by Engadget are selected by our editorial team, independent of our parent company. Some of our stories include affiliate links. If you buy something through one of these links, we may earn an affiliate commission.