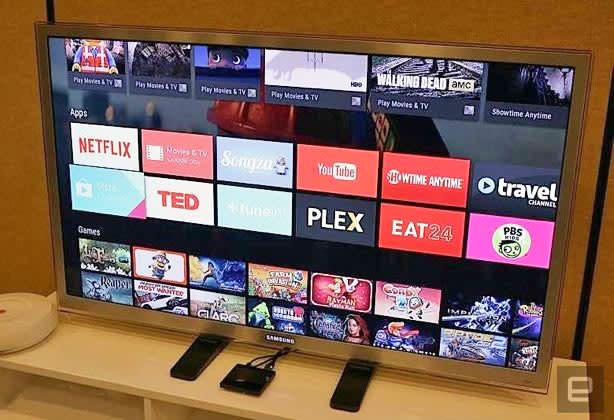 Android TV might have struggled against Roku, Apple TV and Amazon Fire TV in the US, but it's a popular option in India. As data is expensive in the country, Google has historically offered a number of data management features not available elsewhere like the ability to save YouTube videos to watch later. Android has had a Data Saver feature since 2016 and now, with the increase of people using mobile data for Android TV in India, Google is expanding its Data Saver feature to Android TVs too.

Google says Data Saver will reduce data usage and increase watch time by up to three times, which will be handy for users on a limited data plan. There are also Data Alerts which monitor data usage and warn users when they have used up a certain amount of their data.

The features were first designed with an Indian audience in mind, but given how many people now watch video on their mobile devices and have caps on their data usage, they will be helpful for international users as well. Even customers with a usage cap on their home broadband could benefit from data saving and alerts to let them know when that session of binge watching TV shows in 4K is about to max out their plan.

The data saving features will roll out in India in the next few weeks, with a global rollout coming some time later.

In this article: android tv, data saver, entertainment, google, internet
All products recommended by Engadget are selected by our editorial team, independent of our parent company. Some of our stories include affiliate links. If you buy something through one of these links, we may earn an affiliate commission.