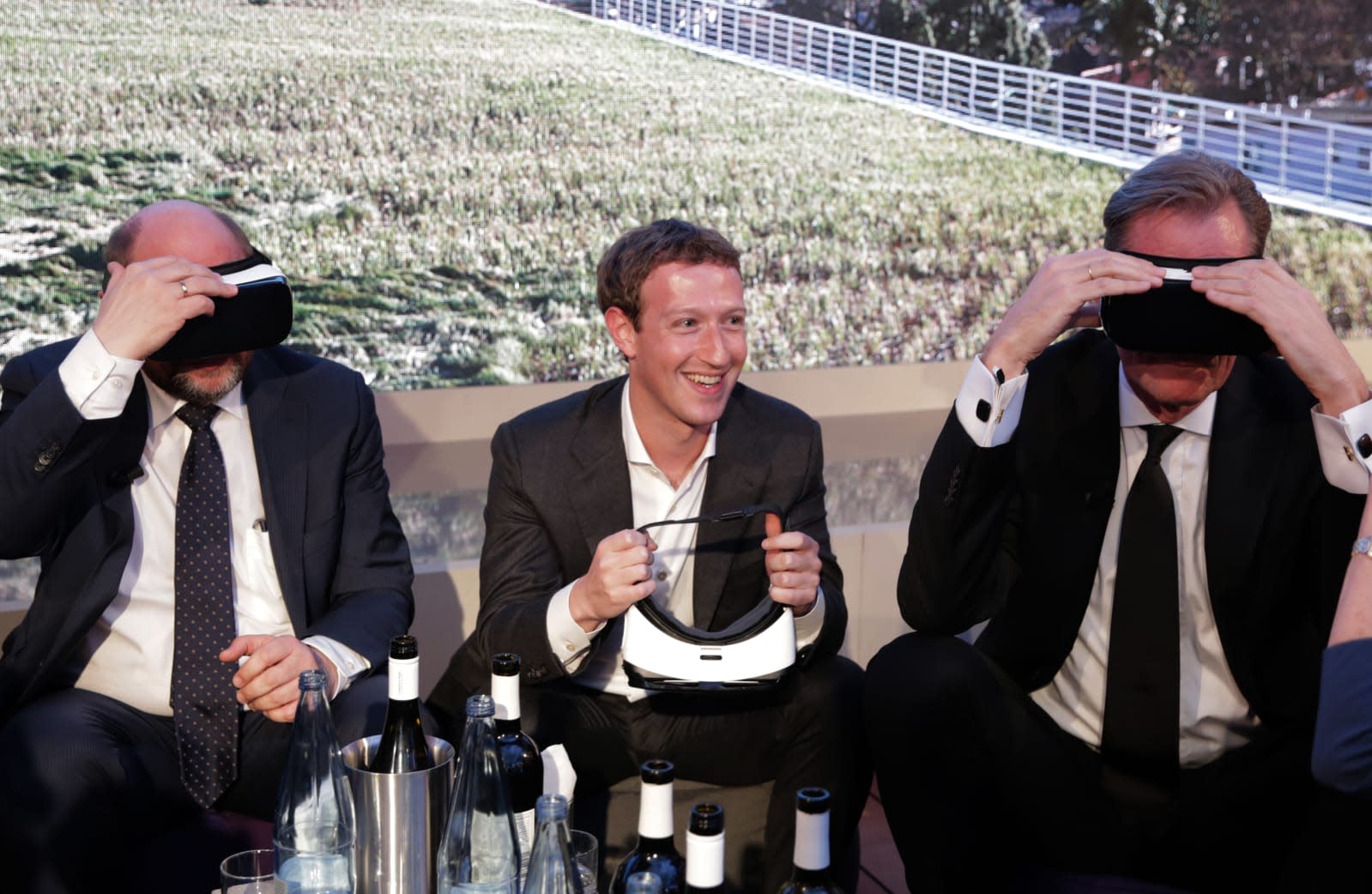 Apple might not be the only big tech company working on an augmented reality headset. CNBC sources maintain that Facebook is partnering with Luxottica (owner of Ray-Ban, Oakley and other brands) on AR glasses nicknamed Orion. The eyewear would be a full-fledged phone replacement, according to the contacts. You could take calls, see information and livestream what you're seeing. In that sense, it would be closer to Google Glass (which also involved Luxottica) than phone-dependent devices like Snap's Spectacles.

The work is quite early, according to the tipsters. Even with Luxottica's help, Orion wouldn't reach your head until sometime between 2023 and 2025 -- assuming it ships. Mark Zuckerberg reportedly considers the project a priority, though.

Orion might face an uphill battle. On top of technical challenges like size and battery life, Facebook will also have to contend with its public image. The social network is already in trouble for its approaches to privacy and data sharing, and it may be a stretch to convince the public that it can be trusted with camera-equipped glasses. Just ask Google how rough it can be. Still, a lot can change in four to five years. We wouldn't rule anything out at this stage.

Update 9/17 5:45PM ET: The Information has its own sources that appear to both corroborate and correct the CNBC rumor. Reportedly, the Luxottica collaboration is for Stella, a less ambitious pair of glasses that would compete with Spectacles by recording the world around you. They'd ship within the "next couple of years" and would help gauge public reaction before Orion (with no known Luxottica involvement) arrived later.

In this article: facebook, gear, glasses, luxottica, orion, smart glasses, stella, wearable, wearables
All products recommended by Engadget are selected by our editorial team, independent of our parent company. Some of our stories include affiliate links. If you buy something through one of these links, we may earn an affiliate commission.