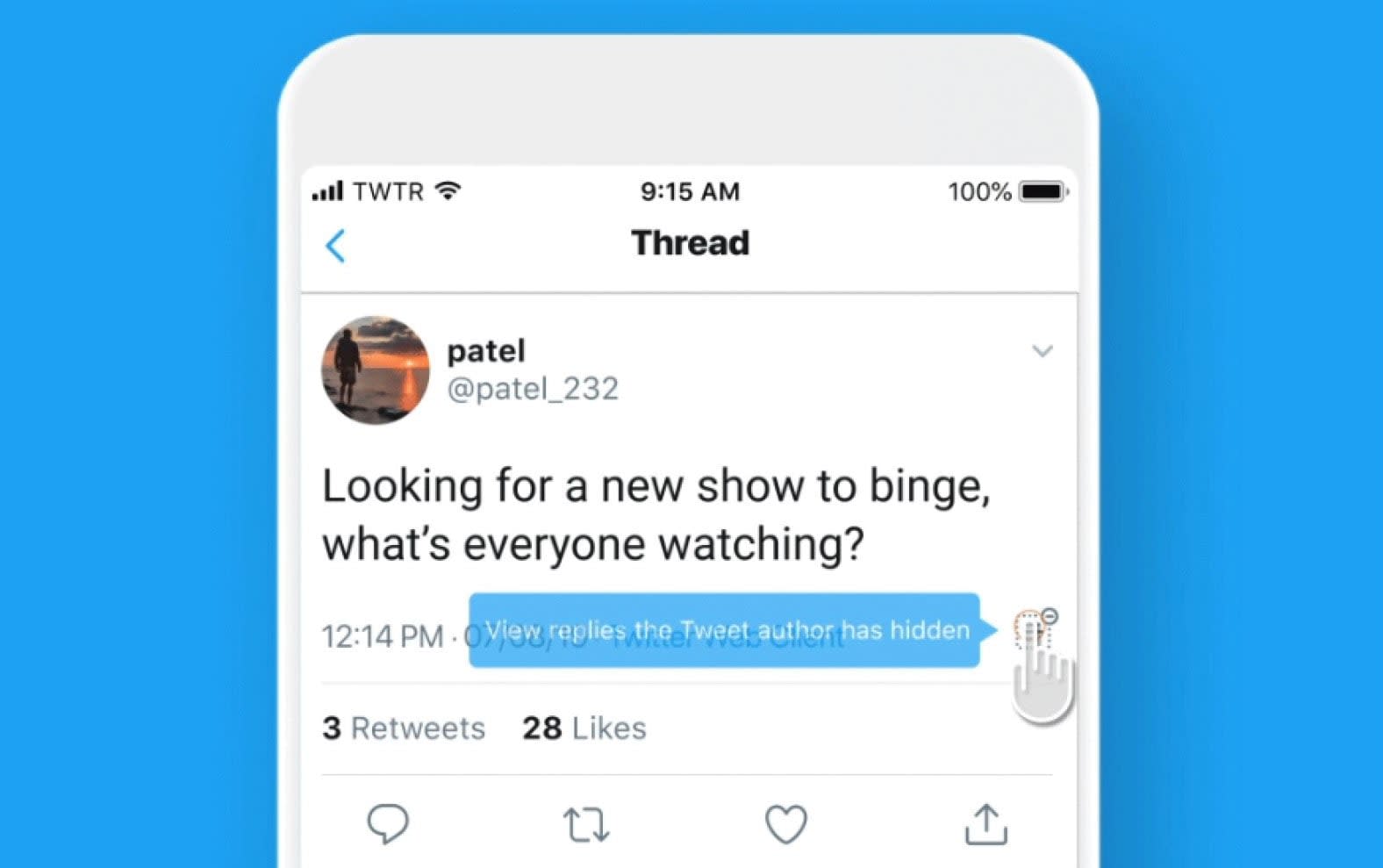 You can now hide all those obnoxious trolls and reply guys on Twitter. The social media platform today announced a test of its controversial "hide replies" feature in the US and Japan. Rather than deleting offensive or unwanted replies forever, the new option lets users individually hide them. Users will be able to hide replies on both the app and desktop versions of the site. Last summer, Twitter ran a test of the same feature in Canada.

Twitter said the ability to hide tweets would give users "more control" over their conversations. Critics of the move argue that such a feature would allow users to silence dissenting voices. But the platform believes that visibility of the hidden replies -- as well as the fact that anyone can view them -- will prevent it from becoming a proxy for censorship.

The platform's test of the tool in Canada has been encouraging. Users mostly hid replies that were irrelevant, abusive or intelligible. More than a quarter -- 27 percent -- of users who had their replies hidden said they would think about their actions in the future.

The "hide replies" feature isn't permanent. Based on the trial's outcome in the US and Japan, Twitter could decide to axe the feature.

Starting today, this feature test will be available in Japan and the US.

Now, you can hide replies to your Tweet, so you have more control over your conversations. Want to see all the replies? View hidden replies in the dropdown menu or through a new icon in the original Tweet. https://t.co/bnOmSzCP2f

In this article: gear, internet, online harassment, twitter, tomorrow
All products recommended by Engadget are selected by our editorial team, independent of our parent company. Some of our stories include affiliate links. If you buy something through one of these links, we may earn an affiliate commission.