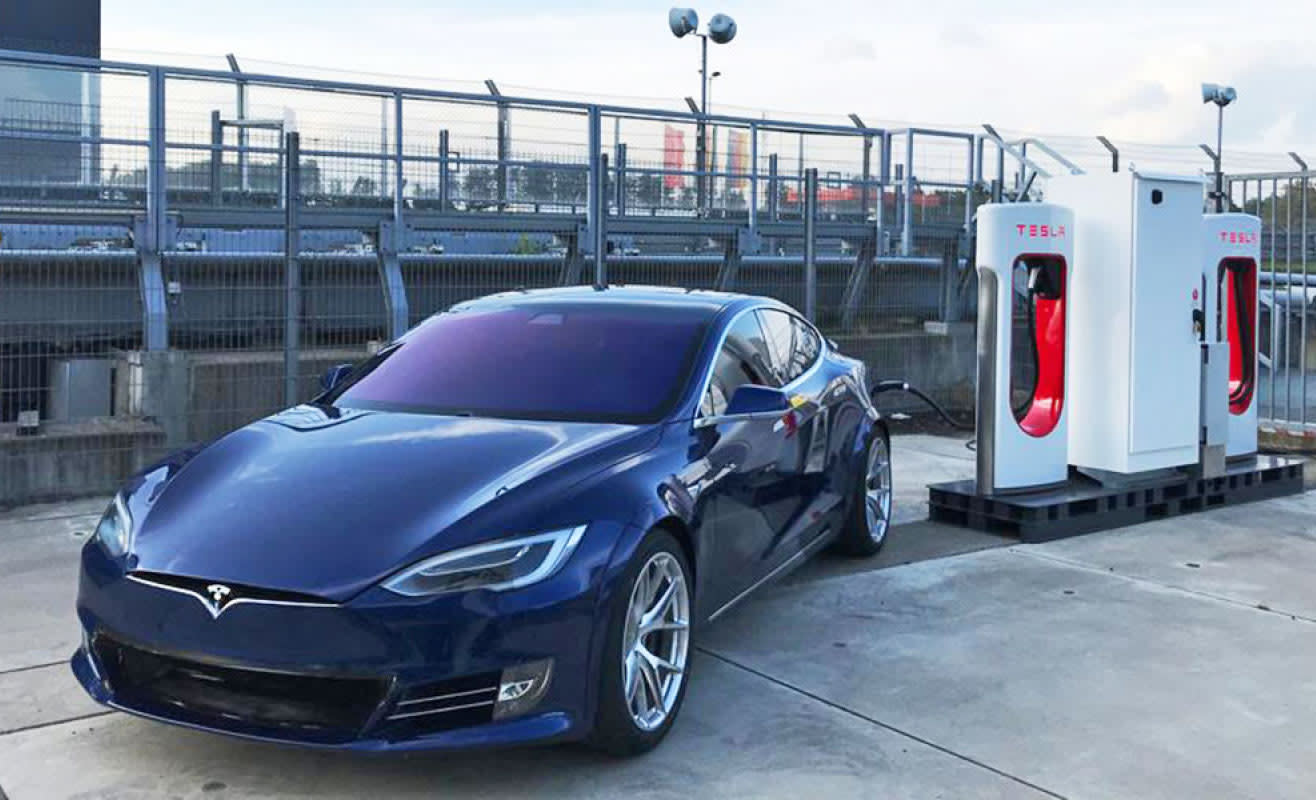 Tesla has left Nurburgring for now, but tweeted that it will return next month with its modified Model S "Plaid" model. It suggested that the track tests it did over the last week or so indicate that it could have pulled off a lap time of around 7 minutes and 20 seconds, though it never did any official timing. When it returns, however, it promised to do a lot better, saying that "with some improvements, 7:05 may be possible when the Model S returns next month."

Data from our track tests indicates that Model S Plaid can achieve 7:20 at the Nürburgring.

With some improvements, 7:05 may be possible when Model S returns next month.

Unofficially, observers said it went around the track in a time of 7 minutes and 23 seconds, besting Porsche's Taycan Turbo four-door EV record by 19 seconds. However, while Porsche fielded what it called a "pre-series Taycan," with stock tires, Tesla did its Nurburgring runs with a heavily modified, non-production Model S.

According to Engadget sister site Autoblog, it was packing "fender flares, wider wheels and tires, a rear spoiler, an expanded front grills, and seriously sticky tires." It also reportedly had a more powerful three-motor setup. Tesla has said that a version of the Model S with that setup, known as "Plaid," may go on sale in about a year.

A Model S was seen getting a tow on the Nurburgring track, while amusingly being lapped by a Taycan Turbo, according to Autoblog. Porsche has said that it set out to make Taycan performance "repeatable," and tried to prove it by doing dozens of acceleration runs to 200 km/h (124 mph) in a row. "We set out with a goal to build a Porsche," said Taycan program director Bernd Propfe, "and not have the driver feel the de-rating of the car in any situation."

Meanwhile, Tesla revealed some of its track data for the Model S, and to show it's not kidding about coming back, has permanently installed a Supercharger at Nurburgring.

In this article: gear, Lap-time, ModelS, Nurburgring, Plaid, Record, Tesla, Track, transportation
All products recommended by Engadget are selected by our editorial team, independent of our parent company. Some of our stories include affiliate links. If you buy something through one of these links, we may earn an affiliate commission.