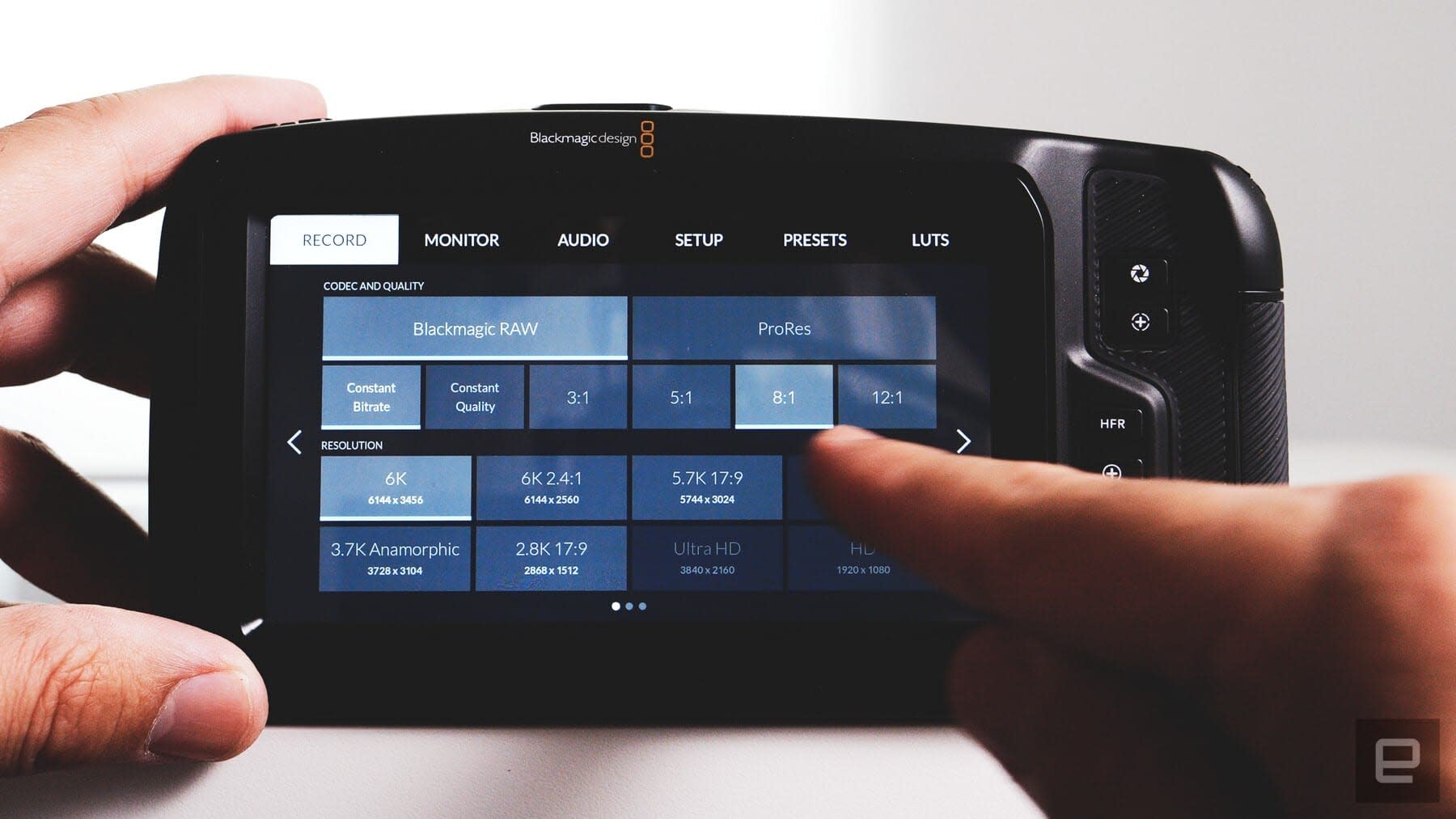 With their sharp picture, super efficient and flexible RAW format and SSD compatibility, the Blackmagic Pocket Cinema Cameras are fantastic choices for videographers on a budget or anyone in need of a solid B-camera that doesn't break the bank. But one nagging problem is the camera's fixed 5-inch LCD, which can make it difficult to keep an eye on the action when positioning the camera at certain angles. Accessory maker Tilta is correcting that with an aftermarket modification kit that adds the ability to pull and tilt the screen to suit your viewing angle.

You won't be replacing the camera's screen with this mod, just adding some hardware to allow it to twist and turn. Tilta says that it only takes an hour to complete the modification and that the kit includes all the tools you'll need. The company will also provide tutorials so you can follow along and hopefully not brick your pricey camera. Oh, and performing this mod will definitely void your warranty.

The kit will also come with carbon fiber replacements for the BMPCCs' flimsy port plugs, as well as a kit that allows you to mount an M.2 SSD in the cavity formerly occupied by the screen. A stock Blackmagic Pocket Cinema Camera takes SD, UHS-II and CFast cards natively, and can also write to a tiny USB SSD, like the Samsung T5, via a USB port. So while there's no lack of connectivity, having an SSD tucked inside the camera is a nice bonus. Tilta hasn't published a product page yet, but the mod kit will ship in November and cost $329.

In this article: av, black magic pocket cinema camera, blackmagic, blackmagic design, bmpcc, BMPCC4K, BMPCC6K, cameras, cinema camera, diy, do it yourself, doityourself, gadgetry, gadgets, gear, mod, tilta
All products recommended by Engadget are selected by our editorial team, independent of our parent company. Some of our stories include affiliate links. If you buy something through one of these links, we may earn an affiliate commission.