Netflix won an Emmy for its 'Bandersnatch' interactive episode

Twitch, Apple and Oculus won Emmys, but not during tonight's TV broadcast.

The 2019 Emmy awards were a highlight run of "TV" shows that you can watch delivered over the internet, with streaming favorites like Amazon Prime's Fleabag and Netflix's Ozark bringing home multiple awards during the broadcast. Netflix's interactive Black Mirror episode Bandersnatch only won one trophy tonight, but it marked the format's arrival when it was awarded Outstanding Television Movie over challengers like Deadwood and King Lear. 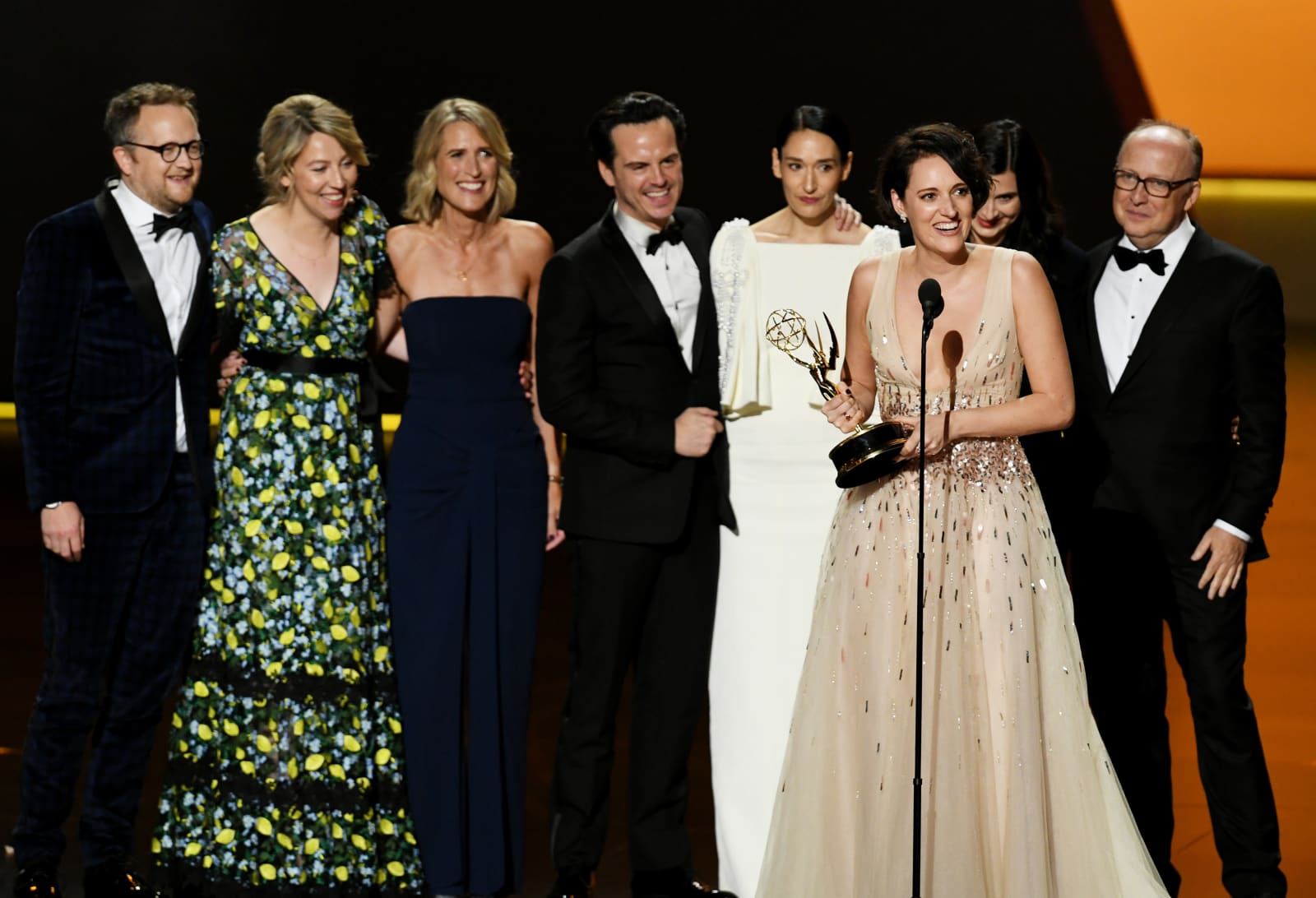 Bandersnatch was just one of four victories for Netflix, as the streamer also saw When They See Us actor Jharrel Jerome score a victory, plus wins for Julia Garner and Jason Bateman for their roles in Ozark.

While Amazon had more wins during the TV broadcast, the overall count including Creative Arts Emmy awards (PDF) gave Netflix 27 wins, Amazon 15, Hulu four, and YouTube four. Apple Music, the Oculus Store and Twitch each received one trophy. HBO held off the Albanian Army this year, with the most wins during the broadcast (9) and overall (34).

All products recommended by Engadget are selected by our editorial team, independent of our parent company. Some of our stories include affiliate links. If you buy something through one of these links, we may earn an affiliate commission. All prices are correct at the time of publishing.
Netflix won an Emmy for its 'Bandersnatch' interactive episode
av
bandersnatch
emmys
entertainment
Fleabag
Netflix
Ozark
services
television academy awards
when they see us