It's a huge pain for parents and any household with multiple Switch players.

Now that the Switch Lite ($200) is out, Nintendo fans are coming to a sad realization: Sharing digital games between multiple systems stinks. You can set one console as your primary, allowing you to play games anywhere without an internet connection. But to play digital titles on secondary systems, you'll have to be connected to the internet (it's also authenticated every three hours, GamesBeat's Jeff Grubb confirmed over the weekend). Even worse, you can only play games through the account that originally purchased them. That's a problem for families where one parent account typically buys digital games, as writer Gary Whitta learned over the weekend.

To be fair, Nintendo is basically just replicating the system Sony and Microsoft are using for their consoles. But the big difference, of course, is that the Switch is meant to be portable. As I reviewed the Switch Lite, I ended up having to make it my primary system to play digital games on the subway. But that also meant my original Switch was basically trapped on the dock under my TV. This wasn't a big issue for most games, but I was forced to restart progress on games like Splatoon 2 that don't support the Switch Online's cloud saves.

My wife and daughter don't play games (yet!), but if they did, they wouldn't be able to play anything on the docked Switch on their own accounts. They'd be forced to play under my username, which could be a problem when it comes to managing saved games. And, worst of all, they wouldn't be able to play any of my digital games on that system offline.

While multi-Switch households could swap around physical game carts, that introduces a whole new set of problems, especially with kids. Physical games can easily be lost or damaged, and you'll also have to be more mindful about trading games between systems. That's particularly true with the Switch, since each system might be traveling with a different person, instead of being set up throughout your home. Carts are also just annoying to plug in -- sure, that just takes a few seconds, but it's not nearly as seamless as booting up a digital game. 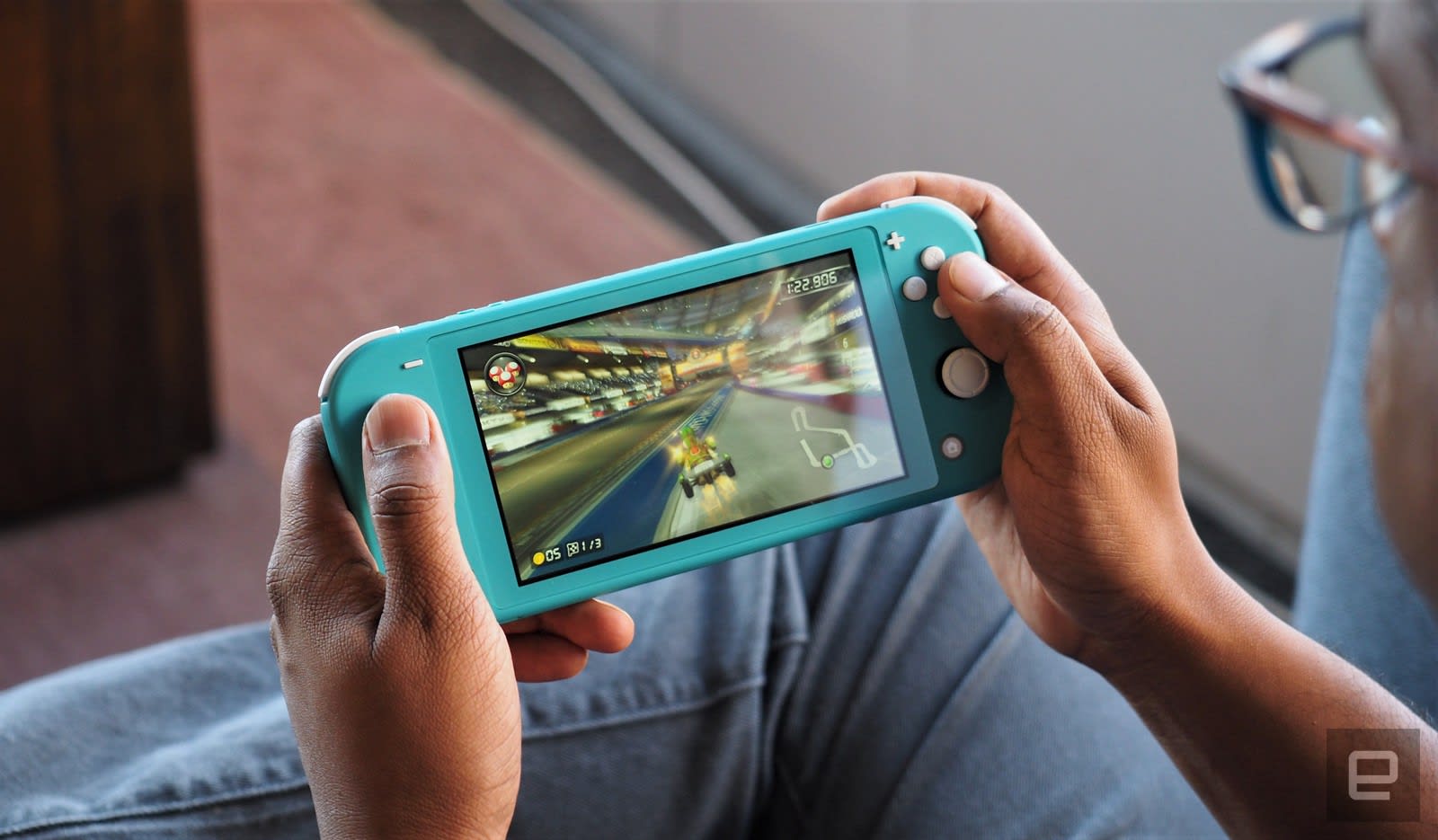 The biggest problem with limiting yourself to carts? It's kind of impossible on the Switch, since it has a robust library of indie titles that are only available digitally. As much as I'd love to see a cart for Untitled Goose Game, it's not worth waiting around to see if one ever appears. Digital games are basically an inescapable problem for every Switch owner.

So what can Nintendo do? An easy fix would be to extend the 3-hour online check for secondary consoles. Once daily should be enough: If you could authenticate at home in the morning and play anywhere throughout the day, that's one major headache resolved. Nintendo could also relax its rules on who can play digital titles on secondary systems. There's really no need to limit play to the account that bought the game when there's also an online check.

While a more flexible sharing scheme might lead to fewer sales overall, it's worth considering. Nintendo already lets families of eight share Switch Online access with a more expensive $35 annual plan, but it could easily add a higher pricing level to make sharing easier. Or better yet? Nintendo could just fix its broken service because it's the right thing to do.