One of the biggest announcements at today's Amazon event is also big in size. The Echo Studio is Amazon's first-ever play at high-end audio, promising immersive 3D sound, Dolby Atmos capabilities and support for lossless audio streaming. It looks and feels like a premium product, with a sound that fills the whole room, and a design that's not too shabby either.

Up close, the cylindrical styling reminds me a lot of Apple's HomePod, except with a couple of slits around the speaker's sides. On the top are the controls, such as the volume buttons and a mute toggle. It also has the same fabric-covering as most of the Echo lineup. In an admittedly controlled environment, here at Amazon's HQ, I thought the sound quality was astounding, with deep, booming bass and soaring highs. 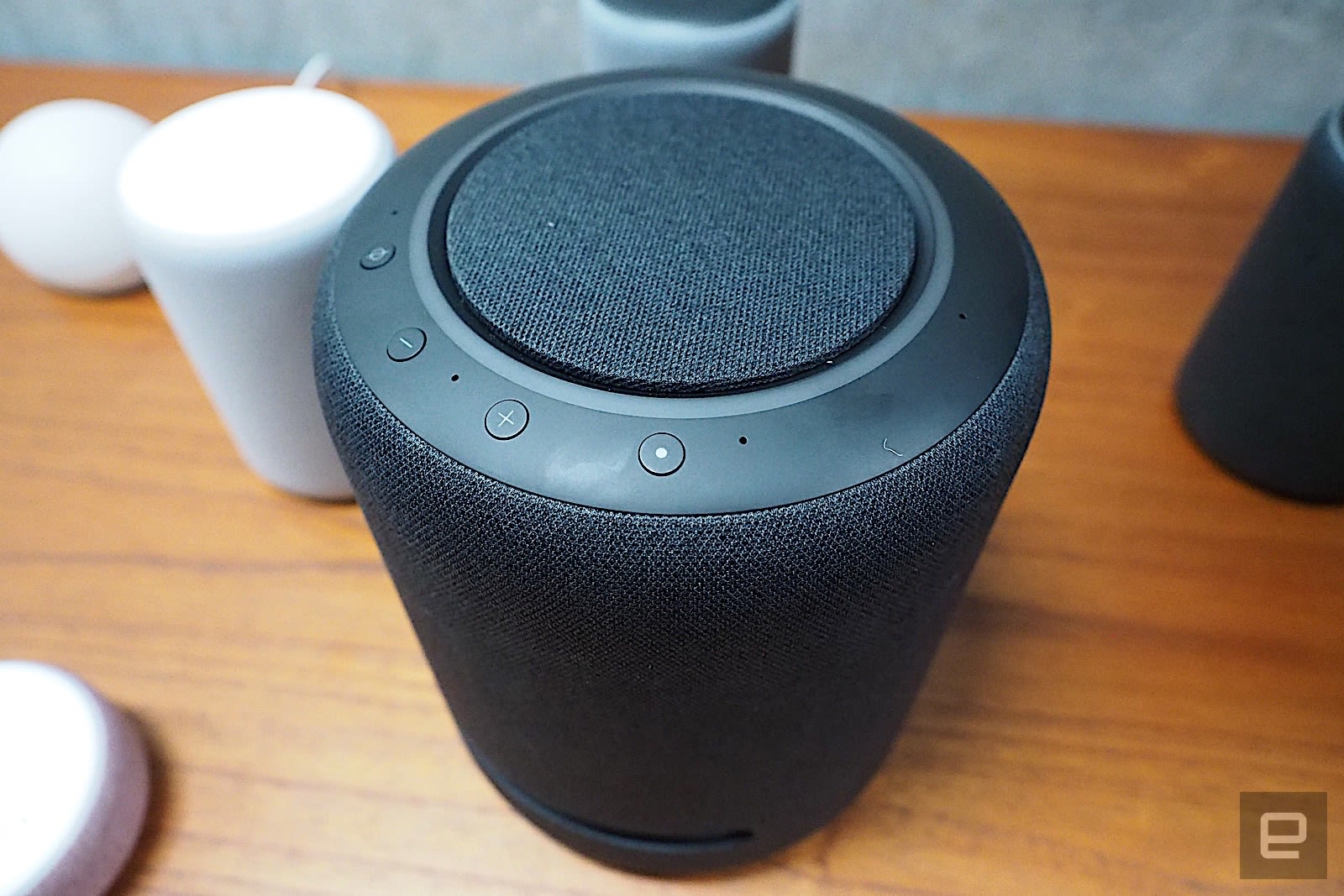 Amazon also showed off the Echo Studio in a home theater setup, where two of them were paired to create a surround sound system. That, with the aforementioned Dolby Atmos support, resulted in an impressively immersive home theater experience. Of course, it's no coincidence that Amazon's 4K-compatible Fire TVs can stream Dolby Atmos, and the Echo Studio would match well with them.

On the inside is a bunch of tech that helps make it all happen. There are three speakers, a discrete tweeter, and a 5.25-inch bass driver. One of the reasons the Echo Studio apparently sounds so good is also a series of microphones that are designed to calibrate audio performance based on its surroundings.

The Echo Studio is priced very competitively at $200, which is $100 less than the HomePod and is around the same as the Sonos One, which also has Alexa compatibility.