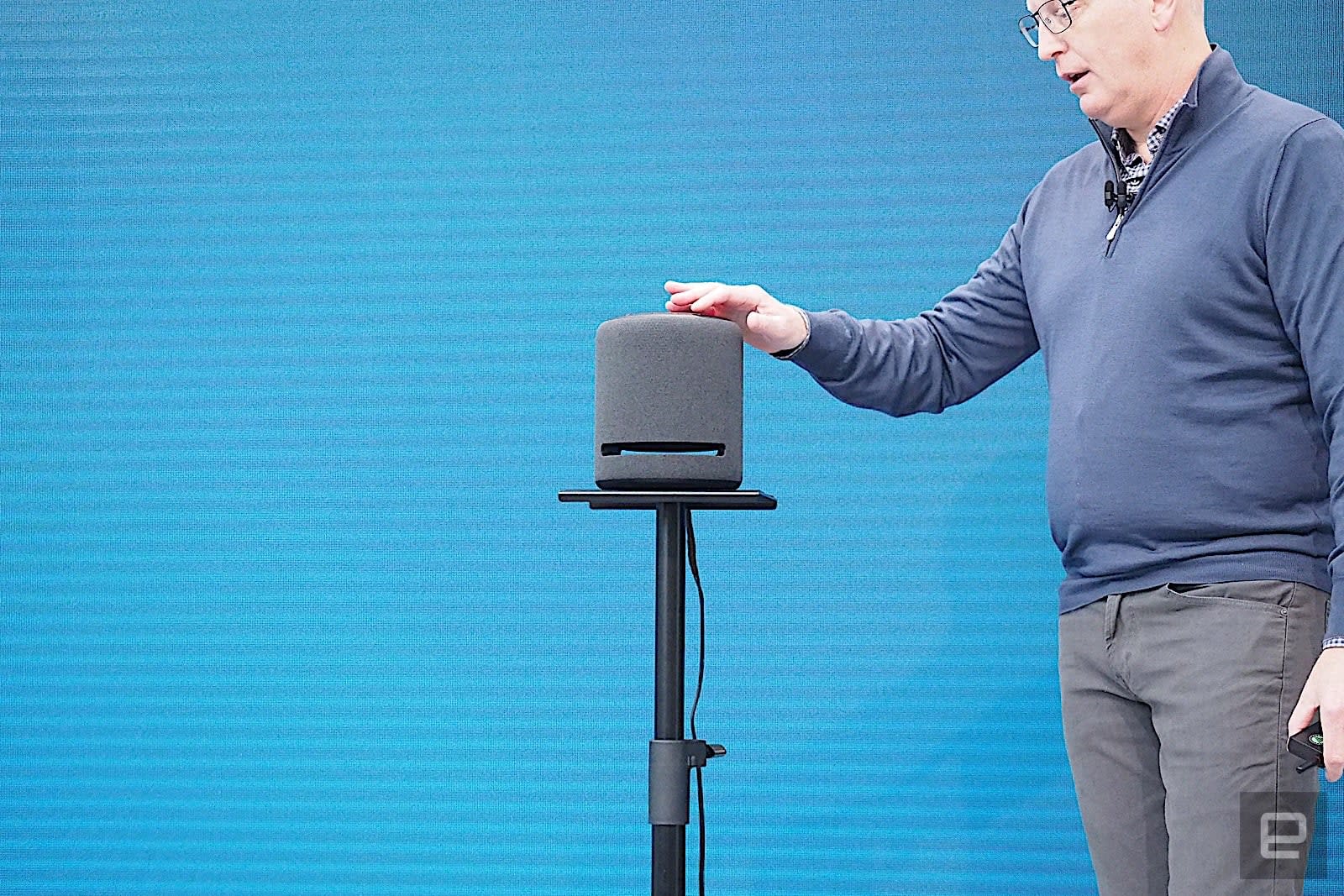 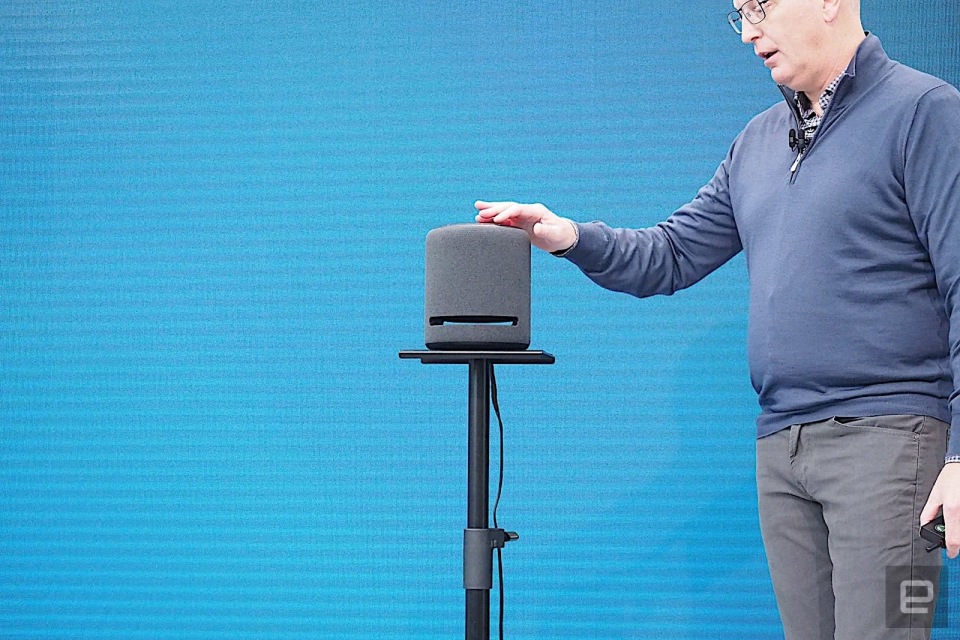 Just as earlier reports suggested, Amazon revealed yet another updated version of its Echo smart speaker at its press conference in Seattle today. The big difference? Its focus on high-quality audio. Unlike earlier Echo models, which largely prioritized smarts over sound quality, Amazon's new Echo Studio aims to deliver immersive, 3D audio (with help from Dolby Atmos), all meant to help it compete more capably with competitors like Sonos.

"It is the most innovative speaker we've ever built," Amazon said in its self-referential live coverage.

The Echo Studio retains the same cloth-covered aesthetic seen in some older models, like last year's Echo Plus. The biggest visual difference is the wide slit cut across the speaker's "belly" -- it looks a bit like a gutted HomePod. What really matters are its innards: Amazon says it packs three speakers, mounted in the left, right and top of the Studio to create a broader soundstage, plus a discrete tweeter and a 5.25-inch bass driver for meaty lows. Meanwhile, a series of microphones fitted inside the Echo Studio do more than just listen for Alexa commands -- they're also meant to help calibrate audio performance based on the speaker's environment.

It's designed to play nice with Amazon Music's recently announced lossless audio streaming, which only makes sense since Amazon SVP of hardware David Limp noted early in the presentation that music is still a major use case for Echo owners. Perhaps more than anything, though, Amazon asserts that listening to an Echo Studio is like listening to multiple speakers at once (which is, after all, technically true here.)

Because of that, people serious about kitting out their home theaters may want to splurge on a pair of Studios, since they can be linked together for even more immersive audio. It doesn't hurt that every one of Amazon's 4K-compatible Fire TVs can stream Dolby Atmos audio to the Studio without fuss, either.

Considering the number of products Amazon has to get through today, it's no surprise Amazon's Studio demo was pretty brief -- it didn't take long for the company to cut to videos of music industry notables praising the Studio's sound instead. What seems clear at this point, however, is that one of the Echo Studio's biggest assets is its price tag — it's $100 less than Apple's HomePod at $199.99, and on par with Sono's second-generation One. Had Amazon been more ambitious, it may have found itself feeling the same sort of weak demand that has limited HomePod sales and potentially derailed Samsung's original Galaxy Home plans.

In this article: alexa, amazon, amazon echo, amazon2019, av, breaking news, echo, gear, smart speaker, speaker
All products recommended by Engadget are selected by our editorial team, independent of our parent company. Some of our stories include affiliate links. If you buy something through one of these links, we may earn an affiliate commission.