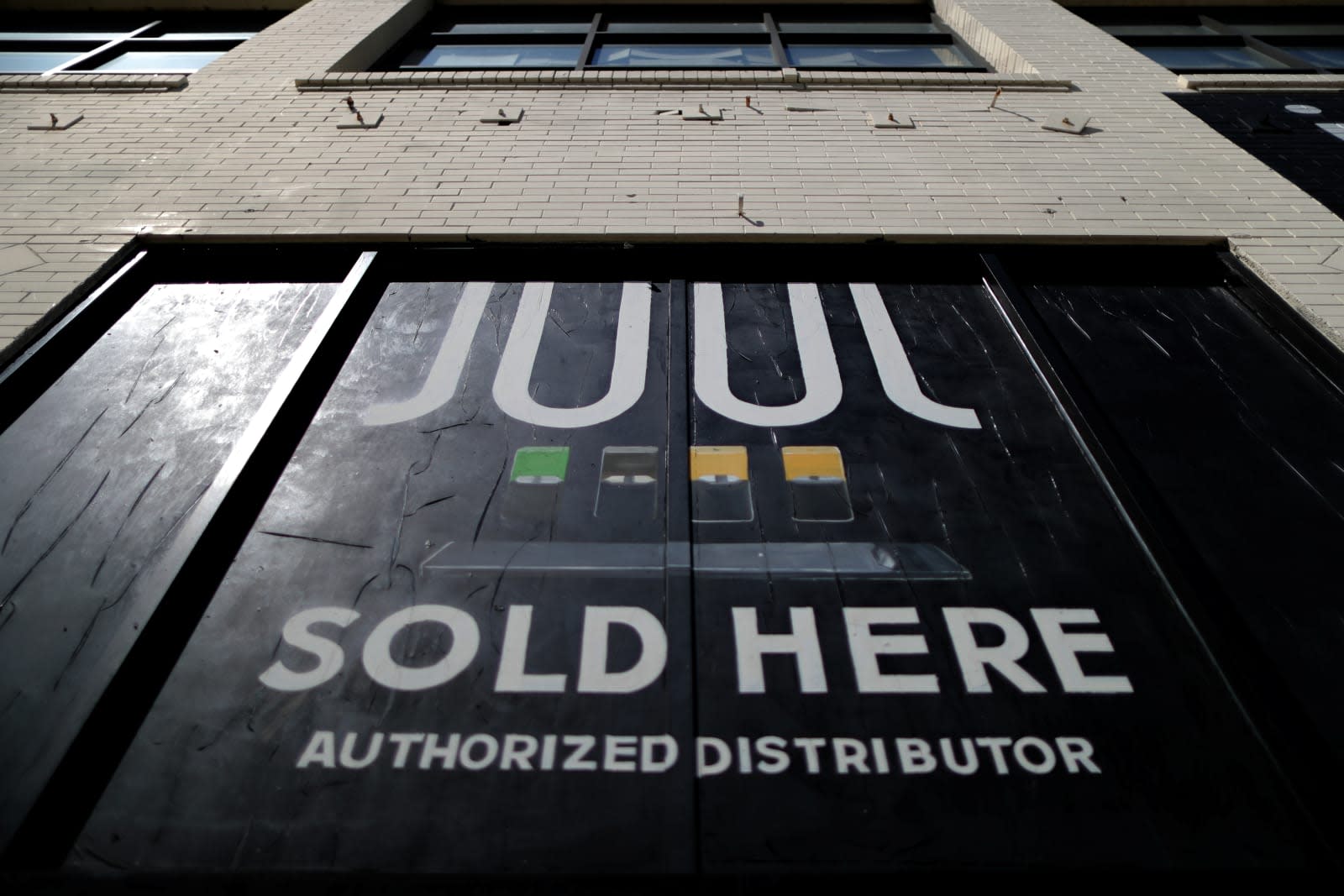 Following a spate of vaping illnesses and deaths, Massachusetts has become the first state to do a full ban on vaping products. Governor Charlie Baker declared a public health emergency and said that both flavored and non-flavored vaping products -- made with nicotine and marijuana -- would be temporarily prohibited from sale for a period of four months. "[We] need to pause sales in order for our medical experts to collect more information about what is driving these life threatening vaping-related illnesses," he said at a press conference.

The governor's office said that 61 cases of potential lung disease related to vaping have been reported in Massachusetts alone. Three in the state have been confirmed by the center of disease control (CDC) and two are likely to be confirmed. "We're declaring this public health emergency because medical and disease control experts have been tracking the rapidly increasing number of vaping related illnesses that in some cases have led to death," said Baker.

We as a commonwealth need to pause sales in order for our medical experts to collect more information about what is driving these life threatening vaping-related illnesses.

To enforce the ban, local police and public health boards will need to check numerous retailers to ensure products are removed from shelves. That has convenience store owners concerned. "Is it the product being sold on the shelves by companies like Juul, or is it the off-brand stuff coming from other countries and sold on the internet?" Retailers Association of Massachusetts president Jon Hurst told the AP. "I hope we can all work together and find out what is the problem and find a solution soon."

Other states, including New York and Michigan, have temporarily banned flavored vaping products, but Massachusetts is the first to do a full ban. Meanwhile, the Trump administration is mulling a nationwide ban of flavored vape products. The FDA is working on a policy to remove most non-tobacco-flavored e-cigs from the market, and is expected to share details of the plan soon.

The CDC has cautioned against using vape products until it knows what is causing the problems. At least 530 people have come down with a vaping-related lung illness, and nine have died. Patients have reported using products containing both THC and nicotine. The CDC has advised users to watch for symptoms like coughing, shortness of breath, chest pains, nausea, abdominal pain and fever. Above all, it said you "should not buy these products off the street."

In this article: ban, e-cigarettes, gear, massachusetts, medicine, politics, teens, vaping
All products recommended by Engadget are selected by our editorial team, independent of our parent company. Some of our stories include affiliate links. If you buy something through one of these links, we may earn an affiliate commission.