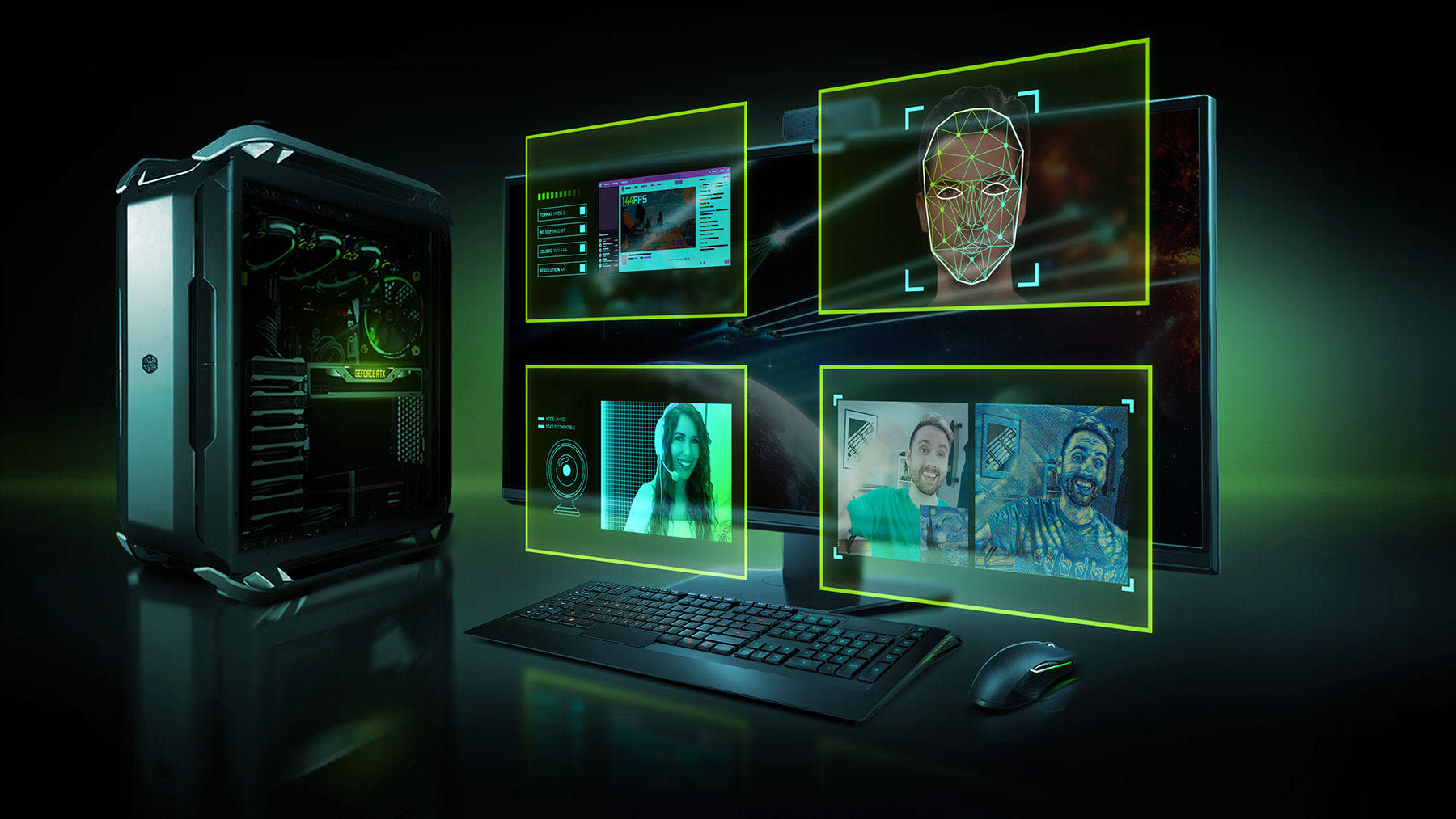 NVIDIA has unveiled the RTX Broadcast Engine, powered by the Tensor Cores on RTX GPUs, that can do live filters, greenscreening and other tricks for Twitch streamers. The most interesting feature is RTX Greenscreen, which can remove the background from Twitch streamers and replace it with gameplay or whatever you want. "The RTX Greenscreen AI model understands which part of an image is human and which is background, so gamers get the benefits of a greenscreen without needing to buy one," NVIDIA said in a press release.

NVIDIA is working with the livestreaming application OBS to integrate RTX Greenscreen. "With it, livestreamers will be able to remove their background environment or instantly teleport themselves anywhere -- in this world or in virtual ones," the company said. NVIDIA will show off the feature at Twitchcon 2019, and it'll be available from OBS in a few months.

The RTX AR SDK, meanwhile, can detect your face from a webcam and track features like your eyes and mouth. It can then overlay your expressions and speaking onto a 3D character, à la Apple's memoji feature. You could also overlay 3D content like a mesh or tracking dots onto your face. Finally, there's an SDK called RTX Style Filters, which can transform your webcam feed to look like anime or whatever style of art or image you prefer.

From what NVIDIA showed off in a Twitchcon sizzle reel, the RTX Greenscreen effect is pretty effective, even if you have a relatively cluttered background. Decent subject lighting is probably a must for best results, though. The RTX AR SDK could also be pretty cool, but the RTX Style features look a bit cheesy.

All of the features are available via SDK, so it could take awhile for them to show up in apps, but NVIDIA said that Streamlabs and XSplit are working on implementations, too. NVIDIA also revealed that its NVIDIA RTX Encoder, introduced earlier, will work on Twitch Studio, Discord Go-Live chat and to Elgato 4K60 Pro Mk II HEVC devices. That should speed up frame rates and image quality for games while streaming, the company said.

In this article: AR, Filters, gear, nvidia, personal computing, personalcomputing, RTXBroadcastEngine, RTXGreenscreen, Streaming, Twitch, twitchcon2019
All products recommended by Engadget are selected by our editorial team, independent of our parent company. Some of our stories include affiliate links. If you buy something through one of these links, we may earn an affiliate commission.