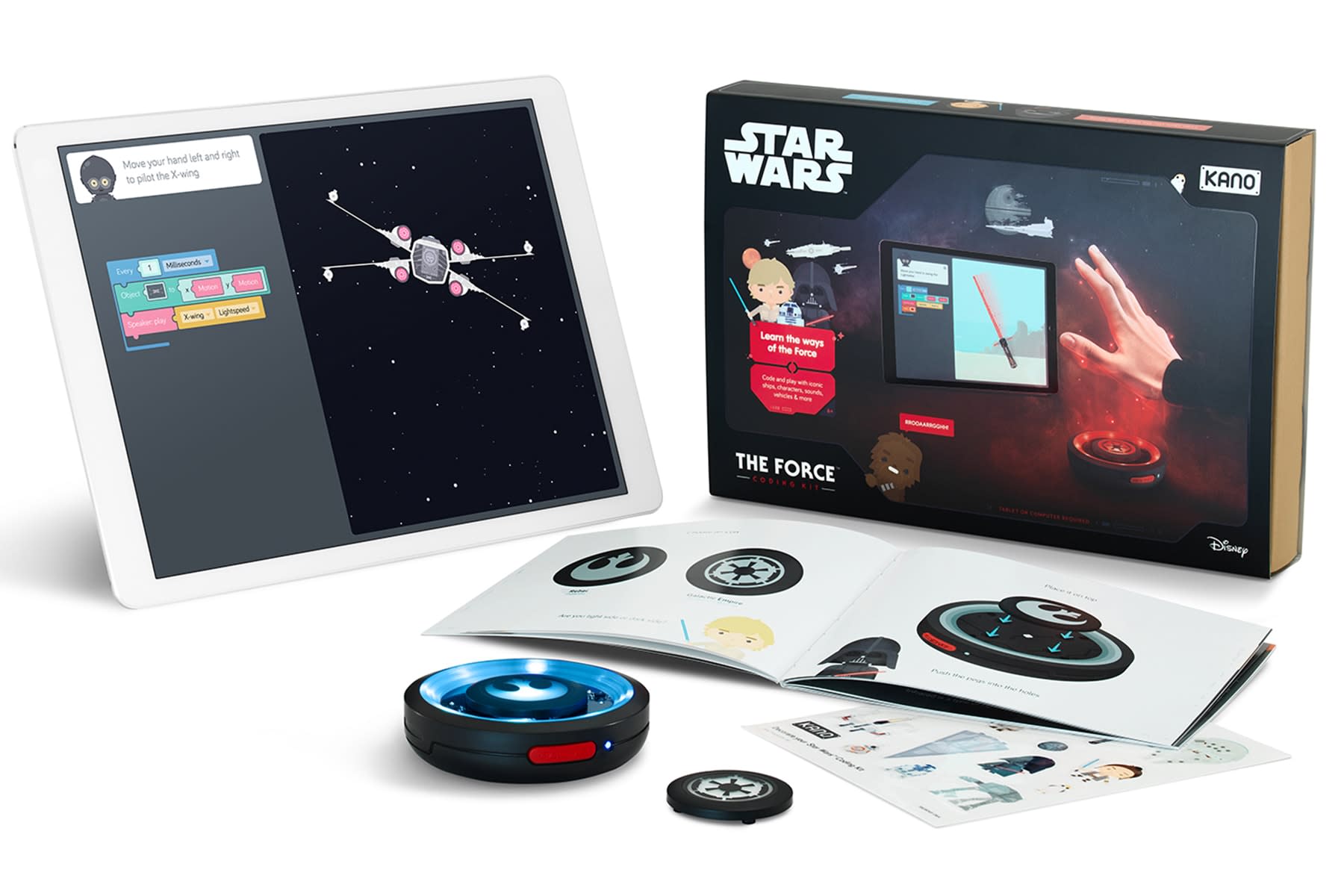 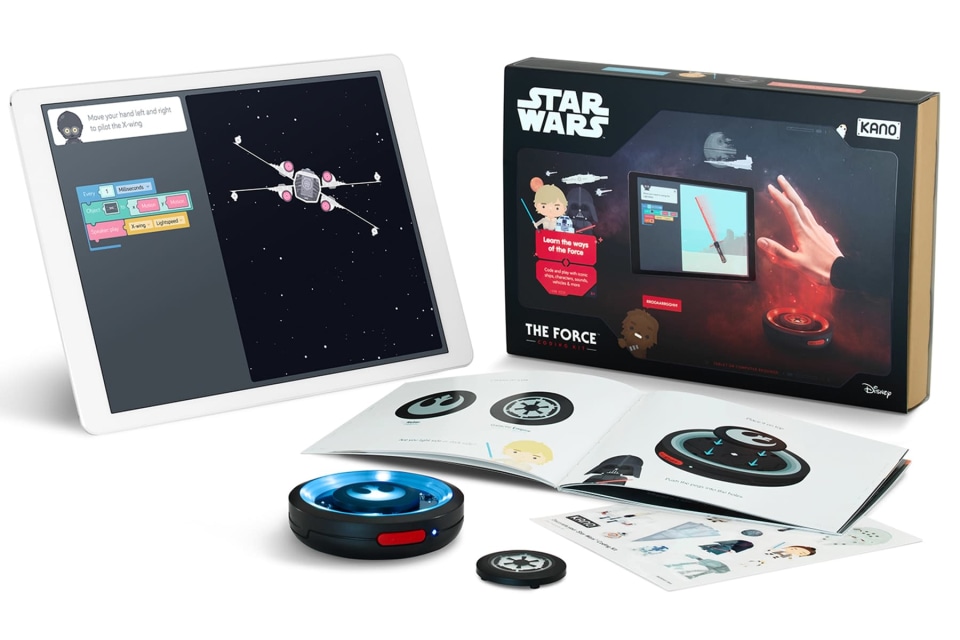 Back in January, Kano revealed that it was working with Disney on a Star Wars-themed coding kit. It's taken a while, but today we finally know what the company -- best known for its colorful Raspberry Pi computers -- has been cooking up: Star Wars The Force Coding Kit. The Bluetooth-enabled motion sensor includes a circular case, printed circuit board with nine LEDs, and two tops that contain Rebel Alliance and Galactic Empire iconography. Once assembled, it can be used to control lightsabers, Porgs and other Star Wars paraphernalia in a companion app that's compatible with Windows 10 PCs, Macs, iPads and Amazon Fire HD 10 tablets.

If you want to force push a Tie Fighter, though, you'll need to assemble some code first. Like previous Kano products, the bulk of your time will be spent tweaking puzzle-like programming pieces inside the app. These blocks dictate what is shown on screen and, more importantly, how they react to your hand movements in the real world. One challenge, for instance, might teach you how to wield a lightsaber, while another shows you how to raise an X-wing like Luke did in The Empire Strikes Back.

Once you've completed a lesson, you'll be free to tweak the project or create a new one from scratch. Custom projects can be shared on Star Wars Kano World, a simple but functional social network that lets you view, download and rework other people's creations. The company has also promised to support the kit with additional challenges post-launch.

If you're interested, Star Wars The Force Coding Kit will launch on October 4th for $79.99/£79.99. It will be sold through Kano's website and select retailers in the US, UK and Canada, including Amazon, Target and Best Buy.

It's not the first time Kano has collaborated with a big brand. Last year, Kano released a physical wand that lets you create and manipulate iconic spells from the Harry Potter universe. The company has teamed up with Microsoft, too, on a Windows 10 computer that is scheduled to ship next month. Chief executive Alex Klein is adamant, though, that Kano hasn't given up on its crowdfunded trio of physical computing kits. The Kickstarter ended in September 2016, but to date only one of the products -- a charming and educational programmable light board -- has reached backers and store shelves. The company is offering refunds, at least, to anyone who doesn't want to wait any longer for the speaker or camera kit.

In this article: code, coding, education, gadgetry, gadgets, gear, Kano, programming, star wars, STEM, the force coding kit
All products recommended by Engadget are selected by our editorial team, independent of our parent company. Some of our stories include affiliate links. If you buy something through one of these links, we may earn an affiliate commission.