The 'Personal Safety' app is now on Google Play even though it hasn't been announced yet.

Google's Pixel users in the US will soon have access to car crash detection features similar to Uber RideCheck's. XDA-Developers has spotted an unannounced app named "Personal Safety" on Google Play, which is described as "an app for Pixel phones that helps [users] stay safe and connected to first responders and [their] emergency contacts." The app can figure out if a user is in a crash based on their location -- most likely if their vehicle suddenly stopped moving -- the readings from their motion sensors and the sounds from their microphone.

If it suspects that something's wrong, it will sound an alarm at maximum volume and will ask if the user needs help. It will then call 911 with the user's location if they don't respond. They'll also be given a way to alert the appropriate responders without speaking, simply by tapping any of the three options: Medical, Fire or Police. 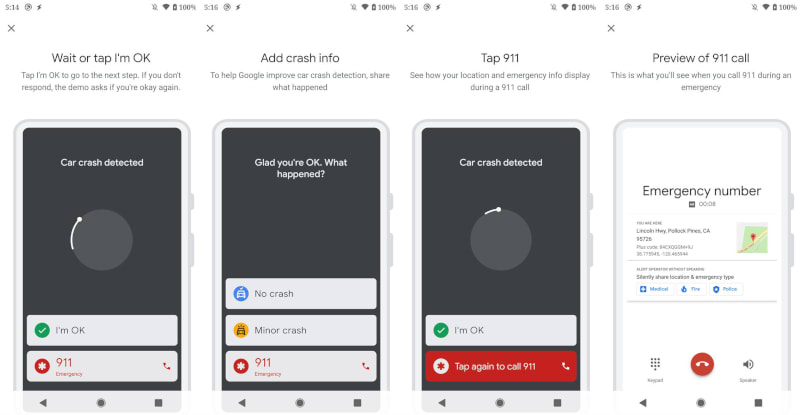 In addition, the app also lets users set emergency contacts and share their status with them in case of accidents. It's not clear if the new app is connected to the Android Q beta's built-in Emergency Information application, but it seems to be available for download either way for Pixel devices.