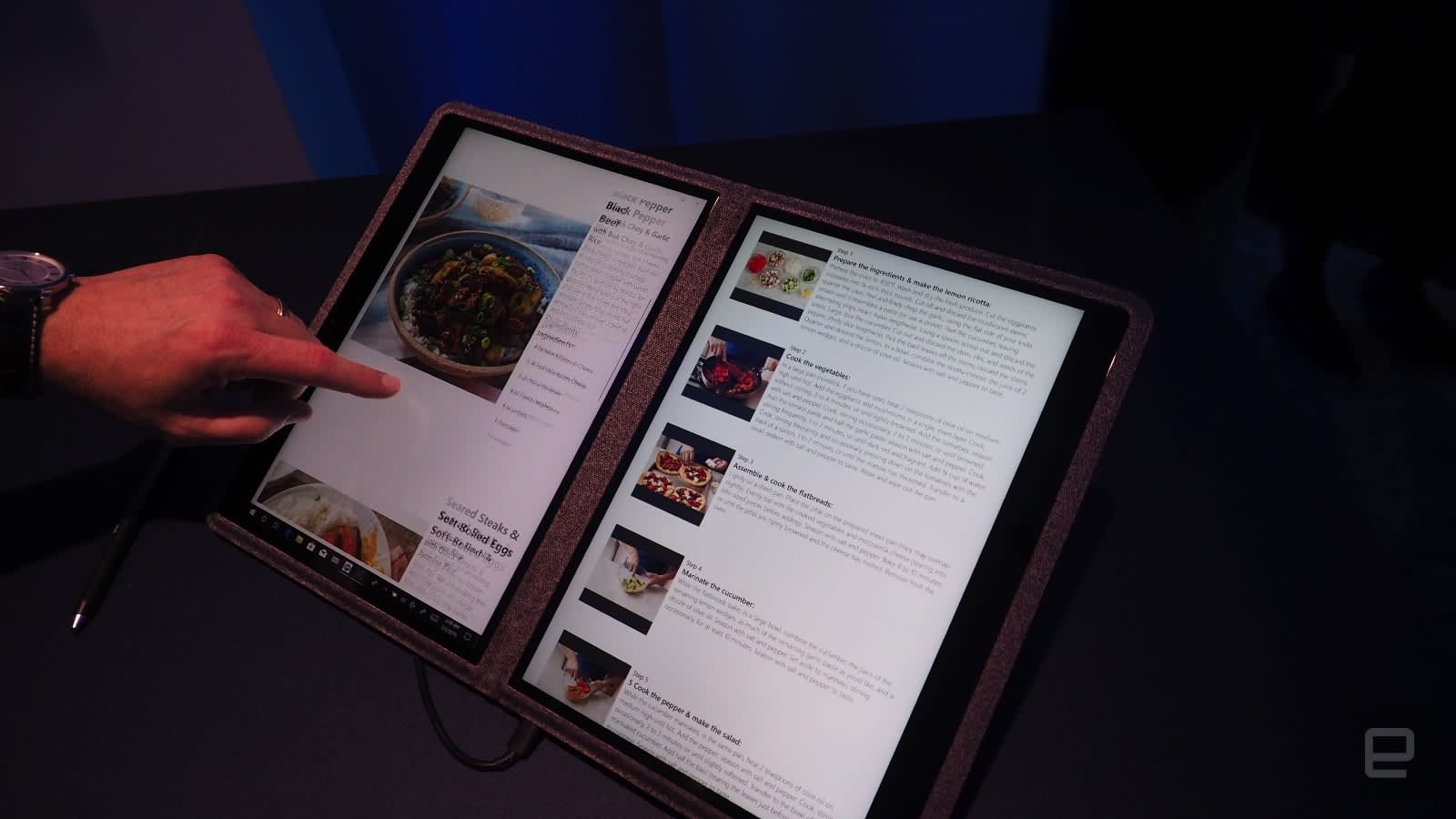 No, the leaks for Microsoft's October 2nd event haven't stopped yet. In a follow-up, well-known leaker Evan Blass has claimed that Microsoft will not only have a dual-screen Surface, but that it'll be powered by Windows 10X, an operating system variant built for "dual- and folding-screen devices." While he didn't explain interface changes, 10X would reportedly run desktop apps in "containers" -- a term that typically refers to virtualization. In other words, 10X apps aren't the same as Windows 10 apps, but they will likely virtualize a Windows 10 container to run apps that aren't on 10X.

There are many unknowns, but past rumors have hinted at what might be in the pipeline. Microsoft is believed to be working on Centaurus, a dual-screen Surface (not pictured here) that would serve as a hybrid tablet and laptop somewhat like the original Yoga Book. It would run a lightweight version of Windows (10X, apparently) better-suited to highly mobile designs like this. The tips suggested Centaurus could launch before 2019 was over.

This isn't expected to be a revival of the cancelled Courier tablet. That was intended as a unique, complementary device where Centaurus would be a proper PC -- if more likely to be a secondary machine. If the leak is accurate, though, it could still cheer up those who were heartbroken when they learned of Courier's fate.

In this article: centaurus, evleaks, gear, microsoft, operating system, personal computing, personalcomputing, software, windows, windows 10x, windows lite, windows lite os
All products recommended by Engadget are selected by our editorial team, independent of our parent company. Some of our stories include affiliate links. If you buy something through one of these links, we may earn an affiliate commission.