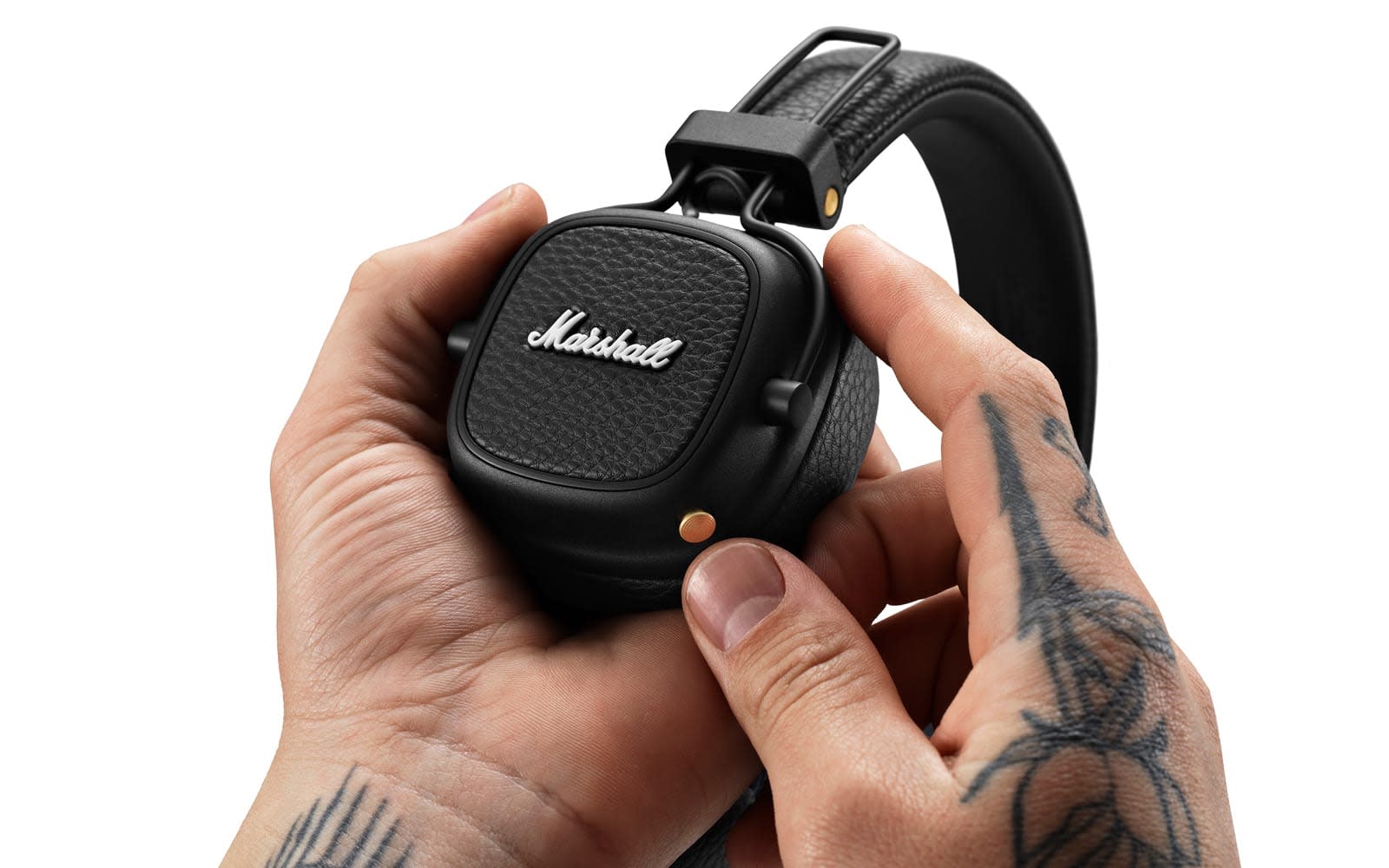 After taking several years between updates to its popular Major headphones, Marshall has announced a new pair just one year after it came out with the Major III. The company's new Major III Voice Bluetooth headphones add voice control through Google Assistant and a dedicated button for easy activation. Additionally, the headphones carry over the control knob that was included with the previous model. The knob allows you to control both playback and volume, as well as turn the headphones on and off.

The other major feature of the Major III Voice headphones is much-improved battery life. Marshall claims the Major III Voice can deliver a staggering 60 hours of battery life on a single charge. We'll have to see how they perform in testing to find out if Marshall's claims are accurate, but it's worth noting we found the Major II headphones routinely delivered more than the 30 hours Marshall advertised on the box. In any case, for a pair of Bluetooth headphones, 60 hours of uptime is no small feat. All that extra battery life does come at the cost of a feature like active noise cancellation. For instance, Sony says its excellent WH-1000XM3 headphones feature up to 30 hours of battery life on a single charge, but then they also cost an eye-watering $350.

The Marshall Major III Voice will be available starting on October 16th.

In this article: av, bluetooth headphones, gadgetry, gadgets, gear, google, Google Assistant, marshall, marshall headphones, marshall major iii voice
All products recommended by Engadget are selected by our editorial team, independent of our parent company. Some of our stories include affiliate links. If you buy something through one of these links, we may earn an affiliate commission.